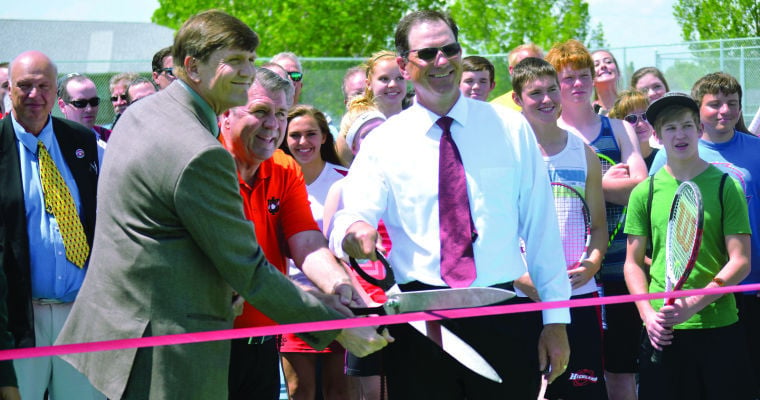 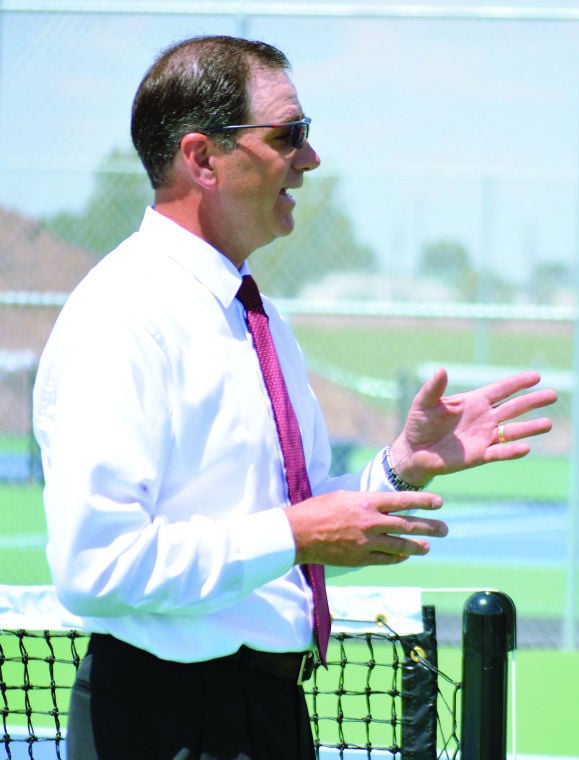 Ron Osborn discusses the work that went into the tennis courts shortly before the ribbon cutting Wednesday, May 21, 2014, at Capell Park in Chubbuck. 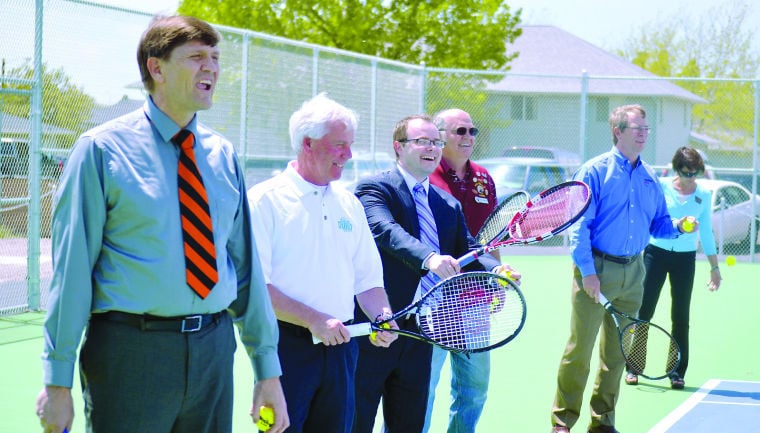 Ron Osborn discusses the work that went into the tennis courts shortly before the ribbon cutting Wednesday, May 21, 2014, at Capell Park in Chubbuck.

CHUBBUCK — Every now and then over the past few years, Ron Osborn would stand in amazement at the progress of his project.

Each installment was a new success in the process of building a new tennis facility. For nearly seven years, Osborn’s vision slowly came to fruition. It was finally realized Wednesday in Chubbuck when the tennis courts opened at Capell Park.

“I’d stand right in the middle of the complex and be amazed that this was actually happening,” Osborn said. “Now that we’re finally done, we’ve opened the gates and cut the ribbon, it’s a very rewarding feeling, and I’m really proud to be a part of all of this.”

And the courts, by all accounts, are top notch.

It all started with an idea. Osborn, the head tennis coach at Highland High School, met with then Chubbuck mayor Steven England with a plan to create a new tennis facility. England gave Osborn the OK, and the project began to grow.

After a donation from the Portneuf Heathcare Board, the wheels started turning. Not long after that, another donation came in from the Chubbuck Development Authority.

As money came in, the development and planning of the facility began. Osborn designed the courts using his favorite elements based off of the various tennis facilities he’s visited. Benches, permanent water coolers, bleachers and walkways between each quadrant of the complex are all aspects Osborn has seen elsewhere.

“I just put the best ideas that I saw everywhere else and designed these courts with mostly the spectator in mind,” he said. “What sets it above everything is the walking paths around and through the middle. It’s just unreal. I’m so proud of the way it turned out.”

“We recognize in this community there were some real needs, and one of them was exactly this,” Kevin England said. “Our older tennis courts were at a point where they either needed to be upgraded or we needed to do something new, and that was part of this decision of bringing a facility together to serve the entire community.”

But the greater Pocatello area isn’t the only entity Osborn wants the courts to serve. He hopes the tennis courts at Capell Park attract attention all across eastern Idaho. Whether the courts become host to high school matches, college tournaments or public recreation, Osborn wants them to at the focal point of the sport in the region.

“I want it to be separate from just the rest of the neighborhood parks.,” he said. “The amenities that we have here I think are already above and beyond.”

Though the courts are officially open, they are not complete just yet. Osborn expects each court to be lit, a gazebo in the center and wind screens to the south. All of that, he says, will come in time.

For now, he’s just excited people get to play tennis.

“I really want this to be a fun tennis experience for everyone, whether you’re just a little kid or you’re playing a high school match or even a collegiate match,” Osborn said. “I want people to walk away and go, ‘Wow, this facility is second to none.’”