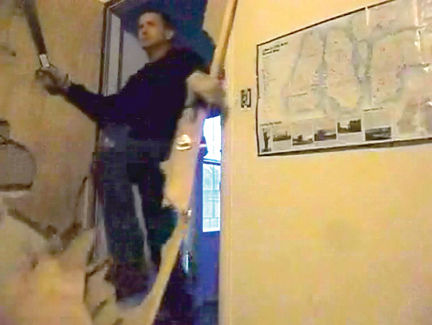 Twain Thomas batters through the apartment door of James Cvengros in last February in this frame grab from a video Cvengros took of the attack. Cvengros, who was in the apartment with girlfriend Kaila Gearhart, shot Thomas three times after he broke in. (See attached video). Thomas survived and was sentenced to at least 10 years in prison as part of a plea agreement to the charges of attempted murder and aggravated assault. Thomas had just before forced his way into another apartment and kicked and damaged the door of a third apartment. 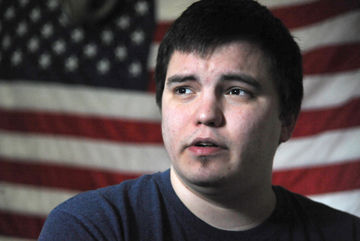 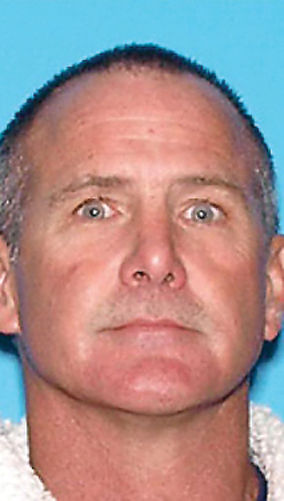 Twain Thomas batters through the apartment door of James Cvengros in last February in this frame grab from a video Cvengros took of the attack. Cvengros, who was in the apartment with girlfriend Kaila Gearhart, shot Thomas three times after he broke in. (See attached video). Thomas survived and was sentenced to at least 10 years in prison as part of a plea agreement to the charges of attempted murder and aggravated assault. Thomas had just before forced his way into another apartment and kicked and damaged the door of a third apartment.

POCATELLO — The events of the shooting unfolded in what seemed to Pocatello apartment resident James Cvengros like slow motion.

The sound of windows breaking upstairs, the terrified screams of his neighbor and then his own front door being shattered by Twain Thomas minutes before Cvengros, 29, shot the intruder three times in the chest.

“In my mind, it lasted for hours, but on the video it all happened in seconds,” Cvengros said.

Cvengros saw the video footage of his ordeal for the first time at Thomas’s sentencing hearing Thursday.

Thomas pleaded guilty to attempted murder and aggravated assault as part of a plea agreement, and he was sentenced to a combined prison sentence of 10 years fixed and 10 years indeterminate for both charges.

The video, recorded by Cvengros, documented the events of that morning last February, but he handed the footage over to police and never saw it again until the sentencing.

“Seeing the video kind of brought it all back,” Cvengros said. “But there’s not a doubt in my mind that I did the right thing.”

Sitting in the living room where the violent intrusion and the shooting took place, Cvengros said he has no doubt that had he not used deadly force to stop Thomas, who forced his way through his door and entered wielding a large machete, he and his girlfriend, Kaila Gearhart, would have been killed.

In fact, after he was shot, and as Cvengros trained his 9mm weapon on the suspect and waited for police to arrive, Thomas admitted that it was his intention to kill him.

Cvengros said he was surprised that Thomas kept coming at him after being shot twice.

“He didn’t stop until the third shot,” Cvengros said. “Then he went down.”

The incident last February was not the first encounter between Cvengros and Thomas. Previously, Thomas kicked his door in because he said Cvengros was playing his music too loud.

The couple called the police after that incident, and Thomas was cited for unlawful entry. Thomas, a military veteran, threatened both Cvengros and Gearhart on multiple occasions, and that was the reason Cvengros initially considered buying a weapon.

“I decided that it was my responsibility to protect myself and my girlfriend,” Cvengros said.

Cvengros consulted friends in the military, did some online research and watched gun safety videos on YouTube.

“I chose a 9mm because it’s popular with police and the military,” Cvengros said. “And I wanted something that wouldn’t be so big I couldn’t handle the recoil.”

His weapon became evidence in the case against Thomas, but Cvengros said the gun will be returned after the 42-day appeal period following sentencing.

Since the shooting in February, Cvengros has purchased two other handguns, and Gearhart upgraded her .22 pistol to a larger caliber.  Cvengros also plans to obtain a concealed weapons permit.

“Before this, my mom was absolutely anti-gun. Not anymore,” Cvengros said.

Cvengros has lived in the Sanford building for four years. Thomas was his upstairs neighbor for three of those.

The night of the shooting, Cvengros said he woke up and heard Thomas breaking out windows in his own apartment. Gearhart called 911, and Cvengros started video recording the commotion.

“It sounded like a train wreck upstairs,” Cvengros said. “Then I heard him break into the other apartment.”

In the video the neighbor can be heard screaming at Thomas to get out. The neighbors managed to use an ornamental staff to chase him out, and that’s when Cvengros and Gearhart heard him heading to their door.

“I just remember the look in his eye,” Cvengros said. “It was like ‘The Shining.’”

The video captured three shots fired in rapid succession all striking Thomas. One of the bullets passed through the suspect and became lodged in the wall in the hallway.

Gearhart was on the phone with a 911 dispatcher when Thomas was shot.

Cvengros said that he didn’t want to shoot anyone, but he believes he had no choice.

“As good Christian people, we know it’s wrong to kill,” Cvengros said. “But we all have the right to defend ourselves.”

Gearhart said she had nightmares following the shooting and sought counseling. Cvengros said his faith helped him deal with what happened, but he still has problems sleeping.

Cvengros said the Bannock County Prosecutor’s office kept them informed during the legal process, and while he accepts the court’s decision, he would have liked to have seen a longer prison term imposed.

“I don’t know what the guy’s going to do when he gets out — if he’ll want revenge or not,” Cvengros said.

Bannock County Prosecutor Steve Herzog called the case a classic example of how to defend yourself if threatened in your home, and the video was the smoking gun.

“You have the right to defend yourself and your home, and you can use deadly force,” Herzog said. “The fact that (Cvengros) had the forethought to record the event and the way it all unfolded, I couldn’t imagine a better outcome.”

Idaho law includes the “Castle Doctrine” when it comes to self-defense.

The Castle Doctrine designates a person’s home, workplace or other legally recognized location as an area that affords certain protections and immunities to use deadly force to defend against an intruder and to be freed from prosecution for use of that force.

But the imminent threat to life or limb standard still applies. If a person is burglarizing your home and is leaving through the front door with a TV in his hand and is moving away from you, the justified use of deadly force could be difficult to prove, according to Herzog.