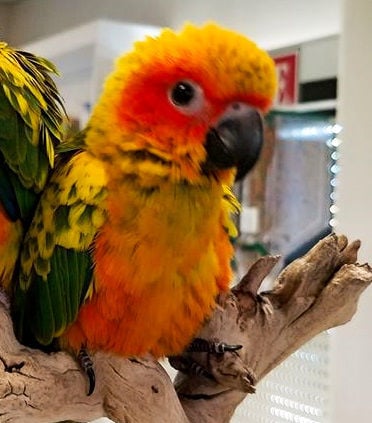 This red sun conure was stolen earlier this month from McKee’s Pet, Garden, & Feed Center in Pocatello but has since been returned by an unknown individual, according to the store’s owner Travis Brasher. 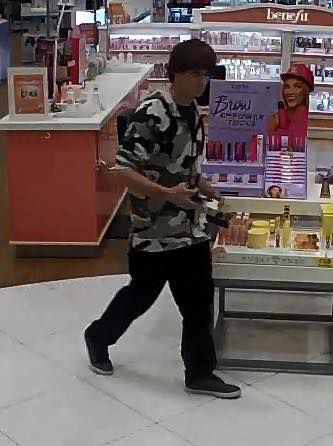 The Pocatello Police Department stated it is trying to identify this man, so it can question him about a months-old theft of Ulta Beauty in Pocatello.

POCATELLO — A baby bird reportedly worth $700 was allegedly stolen Saturday night from McKee’s Pet, Garden, & Feed Center in Pocatello, according to its owner.

McKee’s owner Travis Brasher said he is concerned about the safety of the red sun conure because it needs to be hand fed. He said you have to slowly feed the bird with a special powder through a syringe three times a day.

“It takes special care until they’re old enough where they can start eating seeds and pellets,” Brasher said. “It’s too young to be eating on its own.”

Brasher said the valuable 6-week-old bird was at the store for two weeks.

The store was open when the bird was allegedly stolen from its perch. Brasher said staff noticed the bird was gone at 7:30 p.m. Saturday.

He ruled out the possibility of the bird escaping, as its wings are clipped and it is a baby that never wandered off.

“We were up front ringing people up, helping customers and somebody must have put it in their coat,” Brasher said. “They’re really tame, so they’re not going to bite or anything like that. You can pick them right up, hold them. They like to be cuddled.”

Brasher said his focus is on the bird, not punishment for the person who allegedly took it. So he said if the bird is returned to the store, no questions will be asked.

As of Monday afternoon, Brasher said he had not contacted the police about the theft. You can call him at 208-317-1323 if you have information.

Regarding an unrelated theft that occurred a few months ago, the Pocatello Police Department posted a photo on Facebook of a man who they want to question about items stolen from Ulta Beauty in Pocatello.

If you have information about who the man is, the Pocatello Police asks you to email officer Ryan Malone at rmalone@pocatello.us.