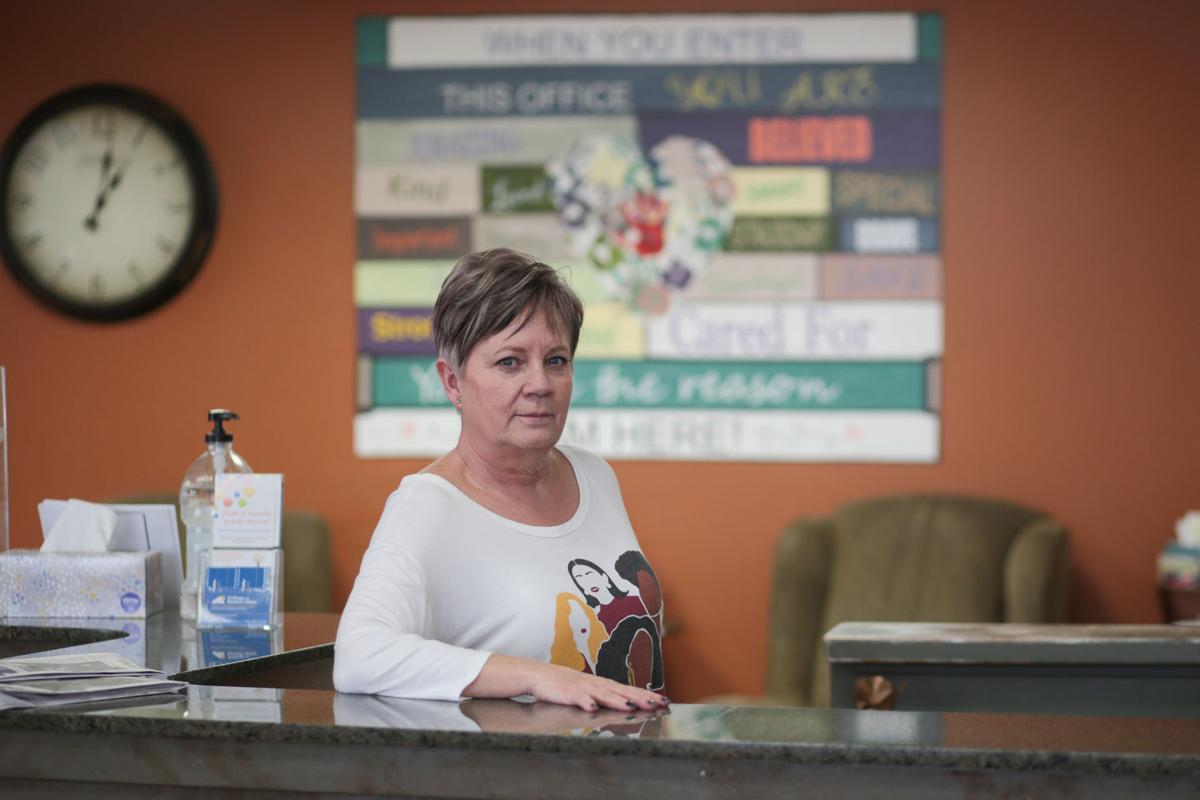 Teena McBride poses for a photo at the Domestic Violence and Sexual Assault Center on Tuesday, March 9, 2021. 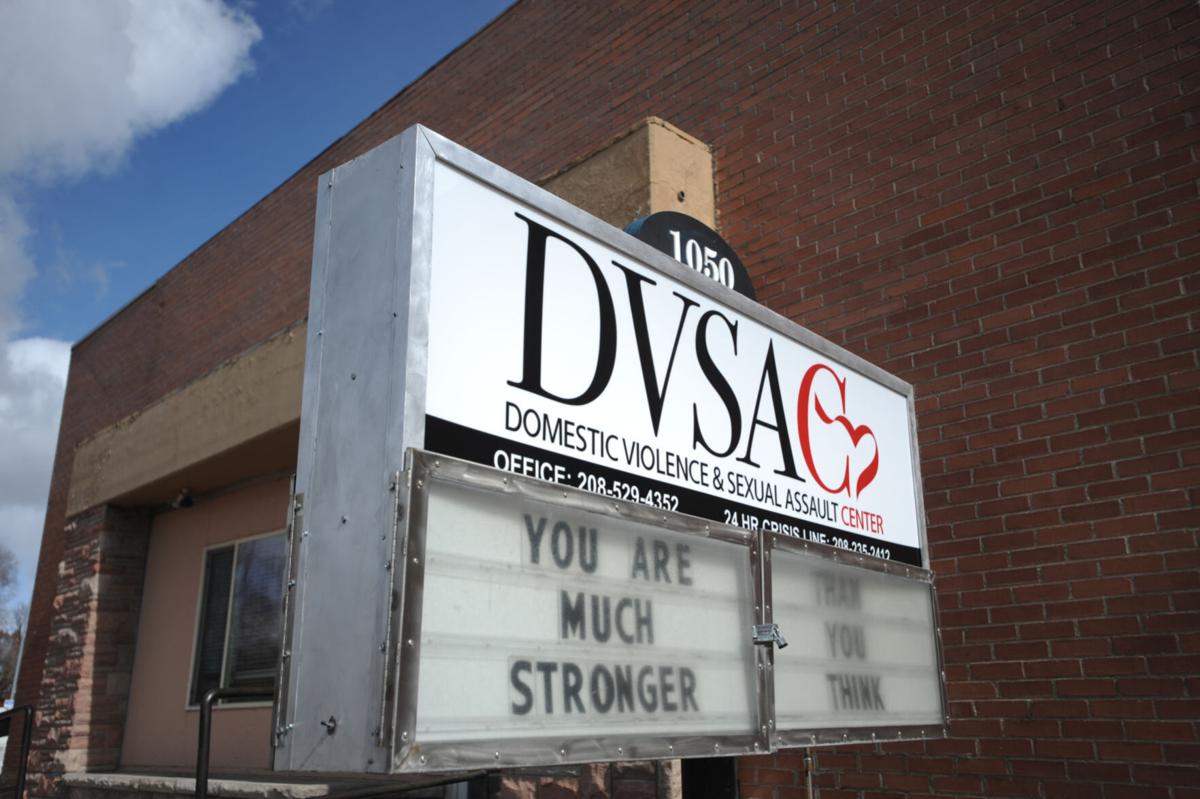 New signage is seen at the Domestic Violence and Sexual Assault Center on Tuesday, March 9, 2021.

Teena McBride poses for a photo at the Domestic Violence and Sexual Assault Center on Tuesday, March 9, 2021.

New signage is seen at the Domestic Violence and Sexual Assault Center on Tuesday, March 9, 2021.

At the end of a criminal sentencing in court, after a defendant has either pleaded guilty or been found guilty in a trial, a judge will briefly mention reparations for crime victims.

In federal cases, those funds typically are for the Crime Victims’ Fund, a federal program that operates with money from fines and fees assessed in criminal cases to fund nonprofits around the United States.

Those nonprofit organizations, including Idaho Falls’ own Domestic Violence and Sexual Assault Center, then use that funding to provide counseling for victims of abuse and sexual assault, forensic interviews for police investigations into child sexual abuse, and other services.

Recently, however, those running the nonprofits worry about the stability of the funding program.

Teena McBride, the director of the Domestic Violence and Sexual Assault Center in Idaho Falls, said 80 percent of the center’s funding comes from the Victims of Crime Act. The act requires centers to raise the remaining 20 percent themselves, typically from local donors.

The Victims of Crime Act, passed in 1984, established the Crime Victim’s Fund. The fund uses fines from criminal cases, revoked bonds, and other penalties, rather than taxpayer dollars.

Because that funding is dependent on fines rather than taxpayer dollars, annual revenue for the fund is inconsistent and depends on how much money was made through fines in criminal cases. The Crime Victim’s Fund originally spent a fixed amount when it was formed, but the law was changed to allow the fund to use money based on how much was brought in through fines. Money from years in which there are a large amount of funds is saved to help make ends meet in years with fewer fines.

In 2017 the fund was bolstered by “$2.8 billion in Volkswagen payments stemming from the German automaker’s emissions cheating scandal, and $2.9 billion from six large banks in cases associated with foreign exchange and global interest rate manipulation. Those two settlements accounted for about 86 percent of the bumper crop of revenue that swelled the victims fund balance to $13 billion at the end of fiscal 2017,” rollcall.com reported.

The organizations attribute the shortfall in funding to a decline in the prosecution of white-collar crimes and increased use of non-prosecution agreements by federal prosecutors, in which a suspect can avoid prosecution by meeting requirements set by the prosecutors. In such cases, any fines go to the U.S. Government’s General Treasury, rather than the Crime Victim’s Fund.

Federal prosecutions have also declined during the coronavirus pandemic, as courthouses have been closed and progress on criminal cases has slowed.

“In Fiscal Year 2020, the VOCA disbursement — and thus the funding available for victim service providers — decreased by 25%, and victim service providers have been told to expect further, potentially catastrophic cuts,” the letter states. “Such cuts to programs that already struggle to serve every survivor who walks through their doors would mean that hundreds of thousands of Americans would be unable to access lifesaving services every year, programs would be forced to close, and tens of thousands of advocates could lose their jobs during a time of extremely high unemployment.”

Those cuts can be especially hard on victim’s centers in rural areas. The Mahoney House in Salmon serves several eastern Idaho counties. The next closest victim center would be hours of driving away.

Scott Brand, executive director of the Mahoney House, said the center has not had cuts yet, but he has had to consider cutting training for staff if the Crime Victim’s Fund continues to lose money even as demand for its services grows.

“This is my sixth year, and every year we’ve seen our services used more than the previous year,” Brand said.

Kimber Tower, the executive director for the Upper Valley Child Advocacy Center in Rigby, said her organization also has been preparing for a potential decline in funding.

“To be honest, it’s an occupational hazard of being a nonprofit,” Tower said.

Like the Domestic Violence Center, the Child Advocacy Center receives 80 percent of its funding from the Crime Victim’s Fund. She said she has considered alternative sources of funding. Tower said she is confident the shortfall in funding can be addressed, however.

In their letter the organizations asked Congress to consider reallocating funds from non-prosecution agreements to the Crime Victim’s Fund, helping to cover the decline from recent years. That and other changes were not included in the 2021 federal budget, however. The National Coalition Against Domestic Violence said it expects grants to decline by $500 million in 2021, to a total of $2.1 billion.

“The Crime Victims Fund ensures that states can provide compensation and assistance to innocent victims of crimes,” Baldwin said in a statement posted to her website. “This lifeline for so many is rapidly running out of funds and we must take action to replenish it, so folks can continue accessing these critical resources.”

Baldwin’s statement says the bill has received several sponsors from both Democrats and Republicans in the U.S. Senate.

Heather Cunningham, executive director of the Idaho Council on Domestic Violence and Victim Assistance, said via email that domestic violence centers could see a 35 percent reduction in funding, though she added that the actual numbers remain uncertain.

“As far as future declines — unless they change the fact that only convictions pay into the Crime Victims fund, there will be a decline, but I have seen no data on how much,” Cunningham said.

McBride said cuts to the fund could force the Domestic Violence and Sexual Assault Center to cut its “non-core” programs, which include training and salary for staff, education programs for the public and police officers, and efforts to expand their services.

“Nobody’s trying to panic, but we are trying to be realistic,” McBride said.