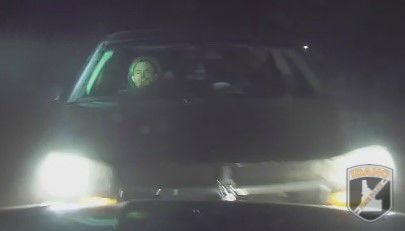 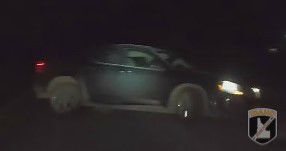 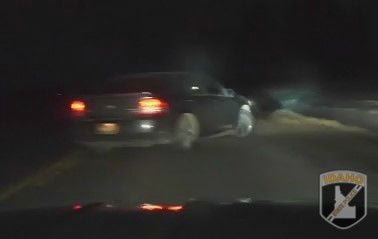 Suspect Vehicle: Dodge Avenger, black with 2T license plates and dark tinted windows. The vehicle will have damage to the front, back, and driver's side rear panel.

What Happened: An Idaho State Police Trooper attempted to make a traffic stop on the above vehicle at approximately 10:50 p.m. last night on northbound Interstate 15. The driver initially slowed and pulled off the interstate at exit 108, but then quickly accelerated and drove back onto the freeway at an excessive speed. With the Trooper following, the suspect again left the interstate at exit 113, W. 65th South.  The suspect vehicle continued to S. 45th West, then turned right on W. 33rd South.

The driver and front-seat passenger of the suspect vehicle appeared to be males. Both are considered dangerous.

Idaho State Police are searching for the suspect vehicle and its occupants. Troopers are also requesting the public's help and are sharing the attached images.

Anyone with information is urged to contact the Idaho State Police District 6 office in Idaho Falls at 208-528-3450.