Officers T. Hoffa, left, and M. Rivera, hold up their NARCAN doses, which they used on Sunday to save the life of a man who they said was overdosing on opioids. 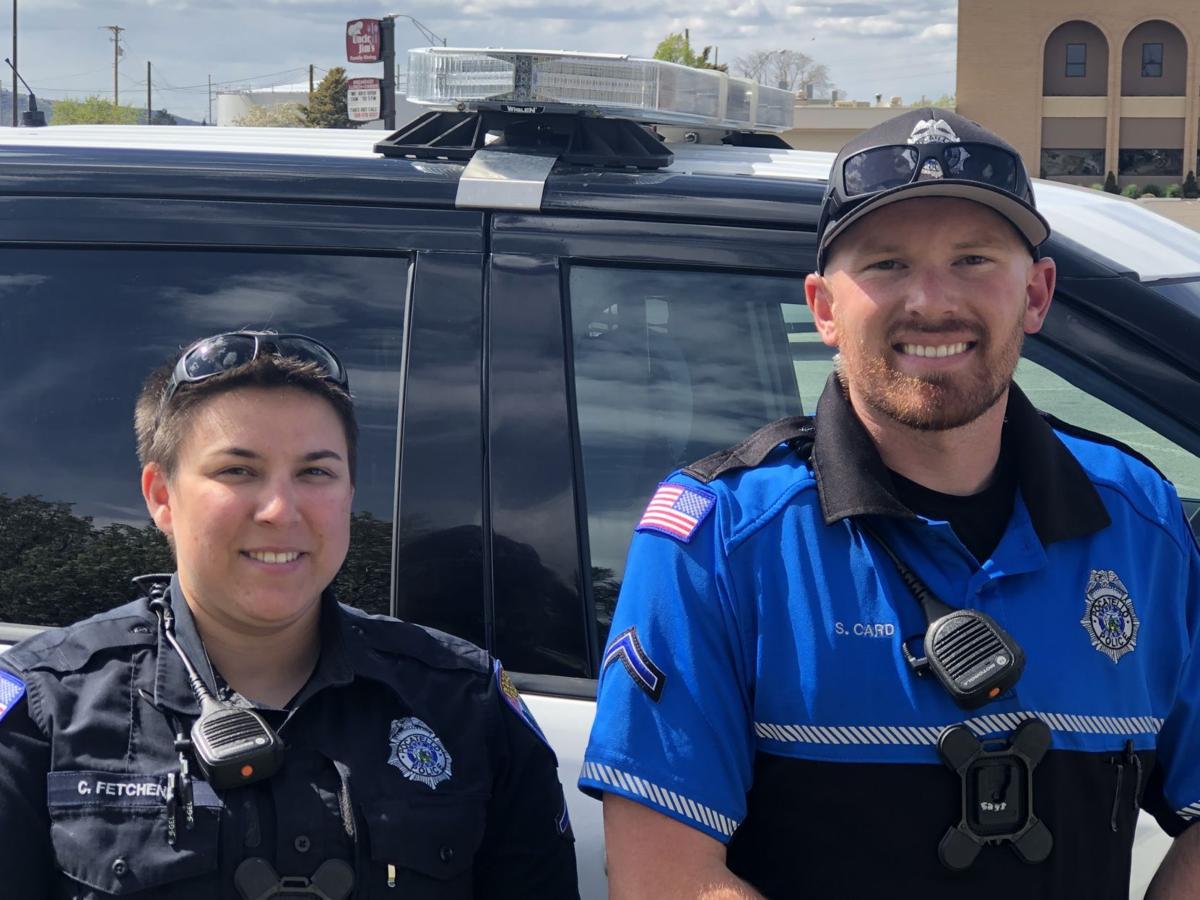 Officers T. Hoffa, left, and M. Rivera, hold up their NARCAN doses, which they used on Sunday to save the life of a man who they said was overdosing on opioids.

Local police saved two individuals Sunday who were on the verge of death from drug overdoses during separate incidents.

Chubbuck police officers M. Rivera and T. Hoffa were dispatched to the Chickadee Drive home for a man who had overdosed and was barely alive, authorities said.

Rivera and Hoffa, who both joined the Chubbuck Police Department about two and a half years ago, arrived at the home to find the victim on the bathroom floor.

Hoffa said he appeared to be “almost lifeless and had a blue color on his face.” Rivera administered a dose of NARCAN, which is a medicine used to reverse the effects of opioid overdose. Hoffa rubbed the victim’s sternum, seeking to rouse him. Then Hoffa administered a second dose of NARCAN.

“As I shot it into his nose his eyes fluttered, his color came back and he started breathing,” Hoffa said.

Rivera said they saw an injection point where the victim apparently shot up drugs, and they seized paraphernalia. He was uncertain what specific opioid the victim took.

Rivera said police did not charge the victim with a crime.

“It was really important to us to remind him about the resources that are available, that we’re all human and we’re there to help out,” Rivera said.

The officers emphasized that the community has a new crisis center where people struggling with addiction can find free help and get referrals to other resources to help themselves.

Chubbuck Detective Lt. Robert Butterfield believes overdoses have been on the rise in recent years. He believes one of the reasons for the trend is that users sometimes unwittingly take drugs laced with fentanyl, which is a powerful and especially dangerous synthetic opioid. Butterfield emphasized there’s no evidence that fentanyl was involved in the recent overdose.

“That’s the trend nationwide that fentanyl is being substituted for other things,” Butterfield said. “It’s very scary.”

Pocatello Fire Department paramedics subsequently responded and provided further treatment to the Chubbuck man, who opted to remain at his home and not be transported to the hospital. The man’s name has not been released.

Pocatello police officers S. Card and C. Fetchen were dispatched to Wayne Avenue and East Pine Street near Alameda Park in response to a report from a citizen that a woman was slumped over the steering wheel of a car there.

The vehicle was unlocked, so the officers were able to quickly check to see if the woman had a pulse.

Card said the woman’s pulse was very weak and she was blue in the face. The officers determined that she was suffering from a drug overdose and they requested an ambulance.

Card and Fetchen began administering CPR and used a portable defibrillator from one of their patrol vehicles to try to revive the woman.

With the ambulance still en route, the officers’ life-saving efforts paid off, enabling the woman to start breathing and regain a normal pulse.

When Pocatello Fire Department paramedics arrived in the ambulance they administered NARCAN as well.

The woman subsequently regained consciousness after being placed in the ambulance and she said she was glad she had survived because she planned to visit her mother on Sunday. She was then transported by the ambulance to Portneuf Medical Center for additional treatment.

Police aren’t releasing the woman’s name but they did say she is in her 20s and resides in Pocatello.

“The highlight of the whole thing was that she survived and will get to see her mom,” Card said. “We would have hated to tell her mom that her daughter had died on Mother’s Day. We’re sure glad we were able to help.”