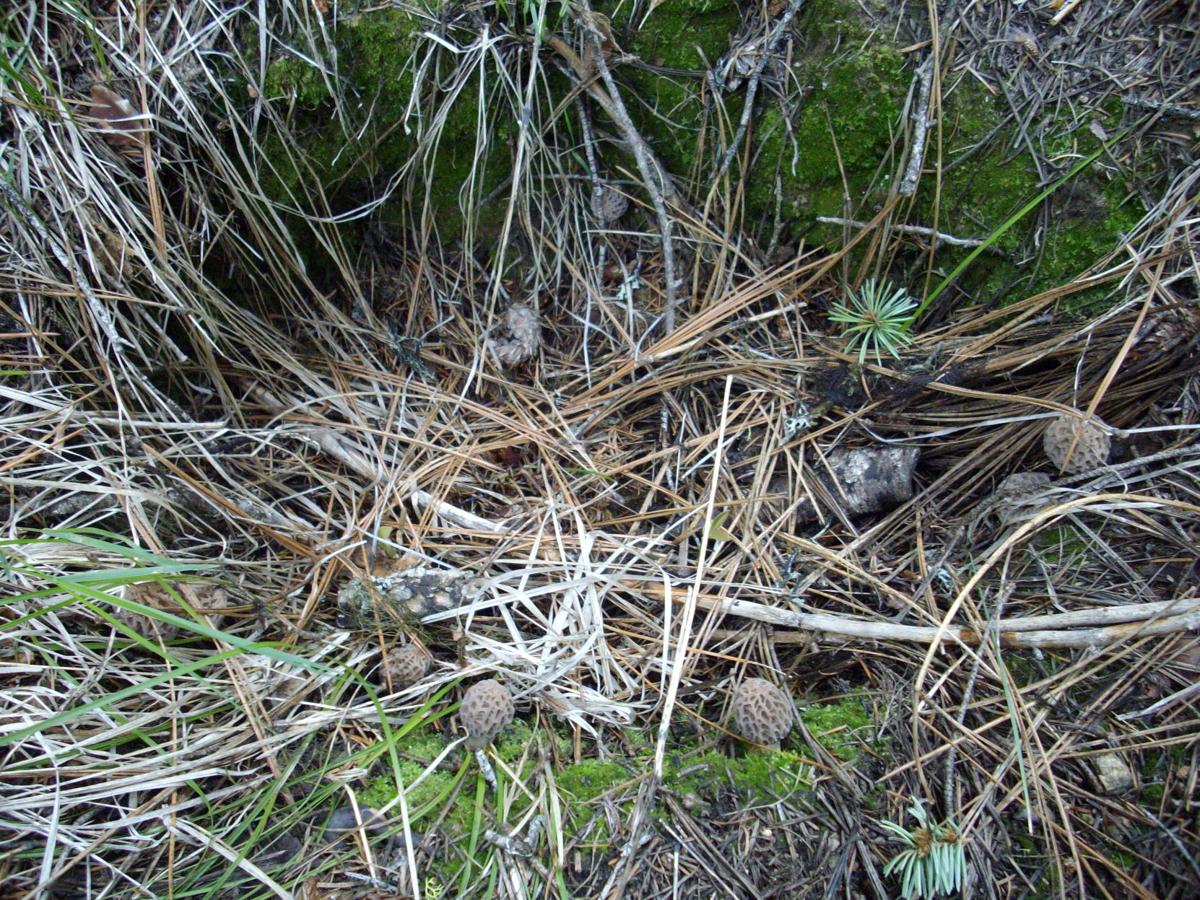 Many times, an old stump hole will be a morel gold mine. I picked several out of this one.

Two weeks ago, we talked about mushroom hunting. (A non-hunter may say mushroom picking but to a hunter everything is about hunting. I go to the store to hunt for a pair of boots. Non-hunter, I go shopping. You get my drift.) I said I’d follow up the next week with an article on cooking mushrooms. But those rascally little whistle pigs barged in on the scene and got me side tracked. So, this week, I’ll take back up on the mushroom scene.

But, before we can cook them, we have to clean and process them, right? Morels, and mushrooms in general are fragile so you must be gentle when handling them. That’s why I semi favor carrying a bucket when picking (er, hunting) them even though real mushroom hunters use a mesh bag to let the spores fall out.

When I get home, I gently wash them to remove the dirt and bugs. Then slice them in half from top to bottom and put in a pan of salty water to kill the remaining bugs. Leave them in the bowl over night in the fridge. But this I not a hard fast rule set in stone along with the Ten Commandments. Because I can guarantee you that my girls are going to make me fry up a mess right when we get home. And more than likely their friends will mysteriously show up on cue as well.

To cook if they were soaked overnight as described above, drain off the water. Wait a few minutes and drain again. You don’t really want them waterlogged. Or, if you just got home and have a mess rinsed and split, either way the next step to cook will be the same.

Crack a few eggs in a bowl. Pour in a little milk. Beat with a fork. If you’ve never cooked, don’t actually “beat” the eggs with a fork. Stir them. (Had to throw in a little humor). Sprinkle flour on a plate. Dip the morels into the egg batter and then roll in the flour.

Now throw the morels into a skillet with medium hot grease. You want it hot enough so they bubble when you throw them in but not sizzling hot. Everything fries better in a black iron skillet. Black iron skillets disperses the heat better than a thin-walled skillet.

I think things season better if seasoned while cooking so while frying I sprinkle on regular Tony Chachere’s seasoning. Tony’s is the perfect blend of salt and spices. It is my go-to spice for everything. Fry to a golden brown and remove and lay on a plate lined with paper towels.

Eat while warm. Morels are the best food in the world. Our old friend Jack Sweet used to tell us that morels are the best fungi in the world, second only to the truffle in England. I’ve never tasted a truffle so I’ll have to have that statement proved to me before I concede that there is anything better than a morel.

Fried is the best way in the world to cook them but my old bear/turkey/mushroom hunting buddy Roger Ross mixed some in with scrambled eggs once when we were bear hunting and that was great too. I’ve also had them in cream gravy and that was excellent too.

But what if you get lucky and find more than you can eat in a few days? I don’t know what the exact shelf life is that you can keep them in your fridge but I’ve never kept them fresh for too long. Does anyone know a recommended fresh shelf life?

Jack Sweet said there are a few ways to store them but nothing beats eating them fresh. One year Katy and I got a million and I froze a lot of them. That makes them mushy and is not the best option. The method most people use is to dry them.

So drying in the sun is the best method that I know of to store them if you get lucky and find quite a few. Rehydrate them when you’re ready to fry up a mess. Well, happy hunting.

Tom Claycomb lives in Idaho and has outdoors columns in newspapers in Alaska, Idaho, Utah, Nevada, Colorado and Louisiana. He also writes for various outdoors magazines and teaches outdoors seminars at stores like Cabela’s, Sportsman’s Warehouse and Bass Pro Shop. He can be reached via email at smileya7@aol.com.