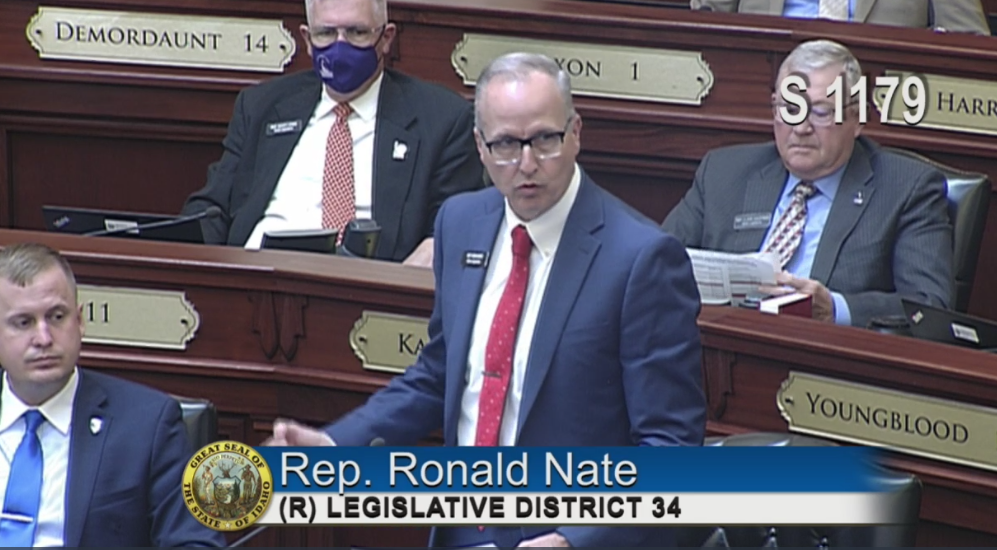 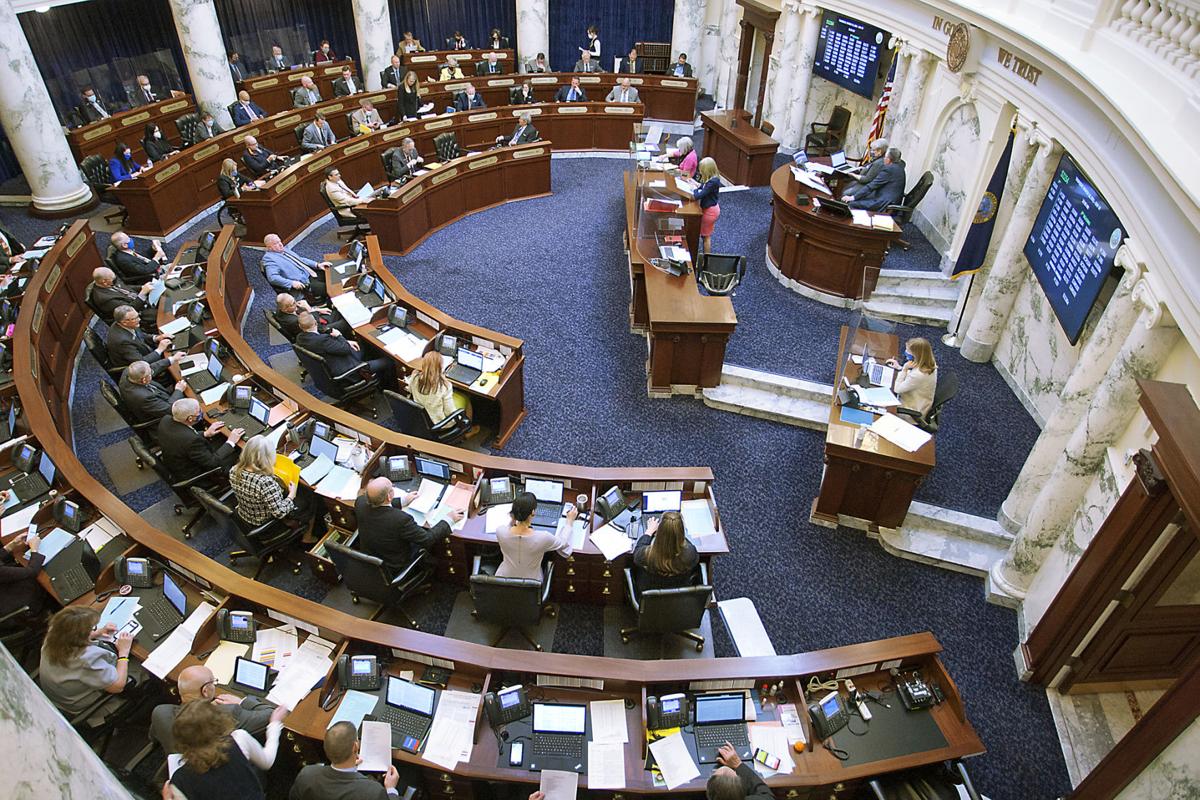 BOISE — In a dizzying day of high-speed lawmaking, the Idaho House on Wednesday passed a controversial bill to make it harder to qualify voter initiatives for the Idaho ballot, voted to override Gov. Brad Little’s first veto of the year on powers of the state Tax Commission chairman, and overwhelmingly killed the higher education budget amid complaints about “social justice activism.”

Meanwhile, the Senate voted to end Idaho’s distinction as the last state to treat industrial hemp the same as marijuana, sending the bill to the governor’s desk; the joint budget committee set a new budget for Lt. Gov. Janice McGeachin’s office after she called its first version “punitive”; a big new transportation funding bill cleared a House committee unanimously with all-positive testimony; and two legislative panels received their first briefings on more than $5 billion that could come to Idaho as a result of the latest congressional COVID-19 aid package.

All the legislative activity comes as lawmakers push to finish up this year’s session over the next two weeks, after taking an 18-day recess due to a major Statehouse COVID-19 outbreak.

“We’ve got to get moving,” said Rep. Rick Youngblood, R-Nampa, co-chair of the Joint Finance-Appropriations Committee. “I don’t want to be here ‘til August.”

JFAC was set to begin hearing presentations from state agencies on Thursday on their requests to spend various pieces of the new federal funds.

“It’s our intention that we’re going to be very deliberative in our approach,” said Sen. Steve Bair, R-Blackfoot, the Senate co-chair of JFAC. “We’ll have the agencies come with their requests. And once those requests are made, the committee, if we so choose, can bring motions.”According to the latest estimates, Idaho is likely to get about $5.4 billion from the American Rescue Plan Act of 2021, which lawmakers are referring to by its acronym ARPA. In most cases, the state would have up until Dec. 31, 2024, to spend the money.

Unlike the $1.25 billion in federal CARES Act aid that arrived during the early stages of the COVID-19 pandemic, the Legislature is in session as this funding heads to the state, and much of it will require legislative authorization through appropriation.

Some spending decisions can be pushed off until next January, but others will have to be made now.

Idaho counties also will directly receive $347 million from the federal treasury, according to the latest estimates presented to JFAC on Wednesday, and the state’s metropolitan cities, those with populations of 50,000 or more, will get $125 million. Smaller cities will get $104 million.

There also will be an estimated $152 million for emergency rental assistance; $50 million from a homeowner assistance fund; and $439.9 million for elementary and secondary education. Hundreds of millions more will be for specific Health & Human Services programs, including child care grants, mental health treatment, home energy assistance and more.

Lori Wolff, deputy director of the Idaho Department of Health & Welfare, briefed the House Health & Welfare Committee about the programs Wednesday, and when some representatives questioned the need for child care aid, she said, “Without a strong child care industry, I think getting people back to work is going to be really challenging.”The biggest portion of the aid coming to the state will be for responding to the COVID-19 health emergency or its negative impacts; paying essential workers; covering government services in the face of lost revenue; and investing in water, sewer or broadband infrastructure, Paul Headlee, legislative budget director, told JFAC.

It can’t be used to replace or offset state spending; “maintenance of effort” requirements are included to enforce that.

The news came on the same day the House took up the most controversial bill of this year’s legislative session, SB 1110, the bill to require signatures of 6 percent of registered voters in all 35 of Idaho’s legislative districts in order to qualify any initiative for the Idaho ballot. The current law requires 6 percent from 18 of the 35 districts.

Opponents contended the bill would make it impossible for Idahoans to exercise their constitutional right to the initiative, a process that’s already so difficult that only two have qualified for the Idaho ballot since 2012, and just one has passed.

“This is unheard of. There’s no state that does anything like this,” said House Minority Leader Ilana Rubel. “If y’all are afraid of what the people of Idaho want to do and what their agenda is, and you feel it is important to block that, you may be in the wrong line of work.”

Rep. Sage Dixon, R-Ponderay, debated in favor of the bill, which passed on a 51-18 vote and headed to the governor’s desk.

Rep. Jim Addis, R-Coeur d’Alene, the bill’s lead sponsor, contended it would allow people from “every corner of the state” to have more say in what makes the Idaho ballot.Immediately after the initiative vote, the House took up SB 1179, the budget for the state’s four-year colleges and universities for next year, and in a highly unusual move, its sponsor, Rep. Paul Amador, R-Coeur d’Alene, urged House members to defeat it.

“Folks, this budget was drafted approximately six weeks ago,” Amador said, “what’s feeling right now an eternity ago. I think we all recognize that the grounds of the game have potentially changed.”Amador said he no longer believed the budget bill, which passed the Senate 27-6 on March 17, was the right budget to pass, and said JFAC will draft a new version.

What followed was a plethora of representatives sharing stories about students being harassed for their political views, their attitudes and their backgrounds. Rep. Brent Crane, R-Nampa, even made a motion to read an email from a student after there was an objection, and read at length, saying, “I have proof.”

Rep. Ron Nate, R-Rexburg, decried “social justice or critical race theory” being taught on campus. “It’s a systemic problem at our universities; it’s baked into the curriculum and the campus culture,” he said.

The proposed budget had cut $409,000 from Boise State University’s social justice programs; Nate said the cut should be more like “$4 million, for example.”Several Democratic representatives spoke out in support of Idaho’s universities.

“They may be doing some things in courses that we don’t like, but we can say that about anything in our world,” said Rep. Sally Toone, D-Gooding. “There are 70 different points of view here.”

In other action Wednesday, the House voted 54-16 in favor of a Senate-passed emergency powers bill, SB 1136a, limiting the governor’s emergency powers, sending the bill to the governor’s desk. It voted 62-7 to override Little’s veto of HB 214 on the power of the state Tax Commission chairman, far exceeding the two-thirds margin required; that matter now goes to the Senate. And the House agreed unanimously to pull a controversial proposal to require two-thirds votes in May or November elections before local governments can install major public art projects.

You can read more about Wednesday's legislative action and votes at our Eye on Boise blog, www.idahopress.com/eyeonboise.