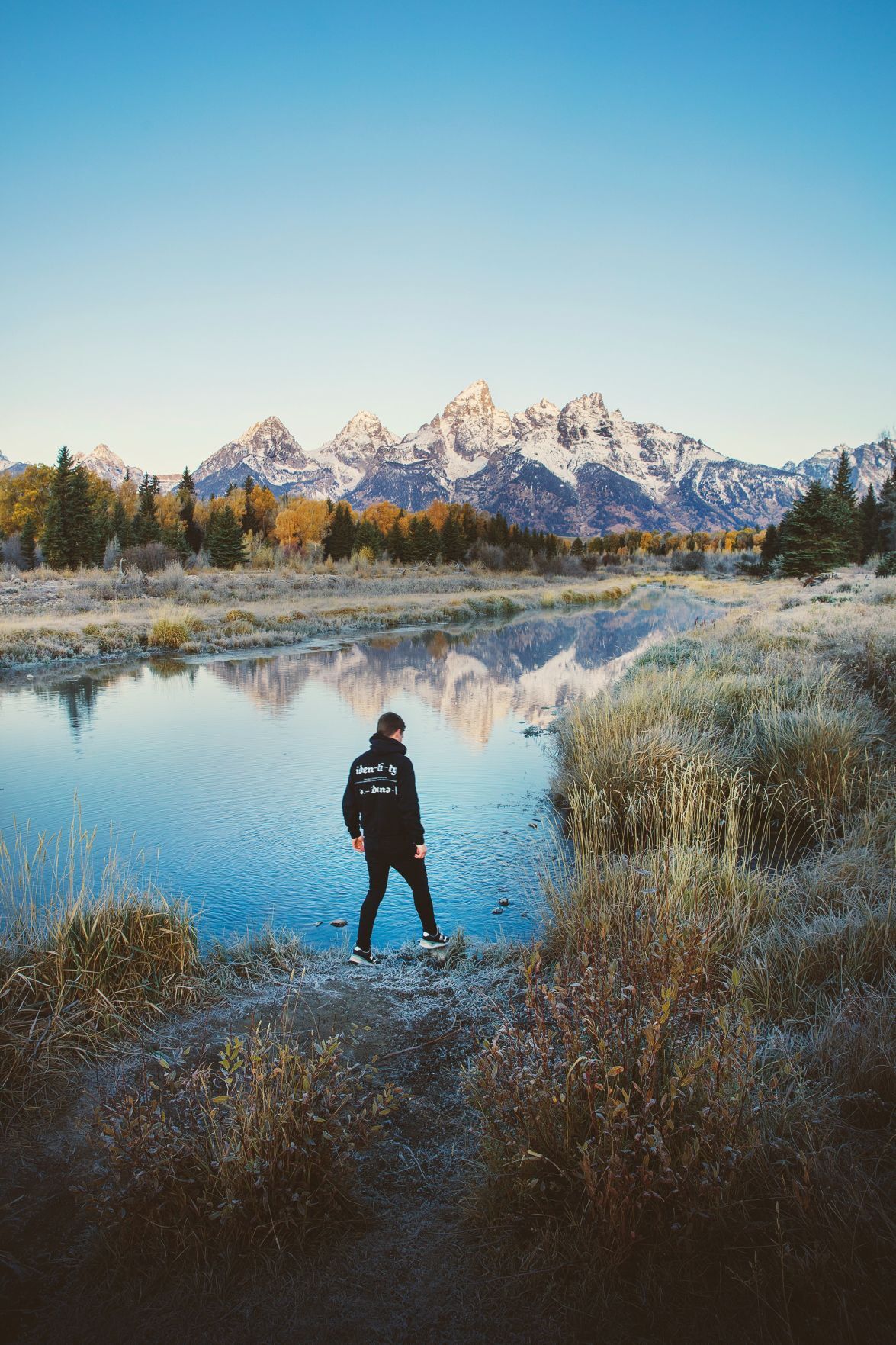 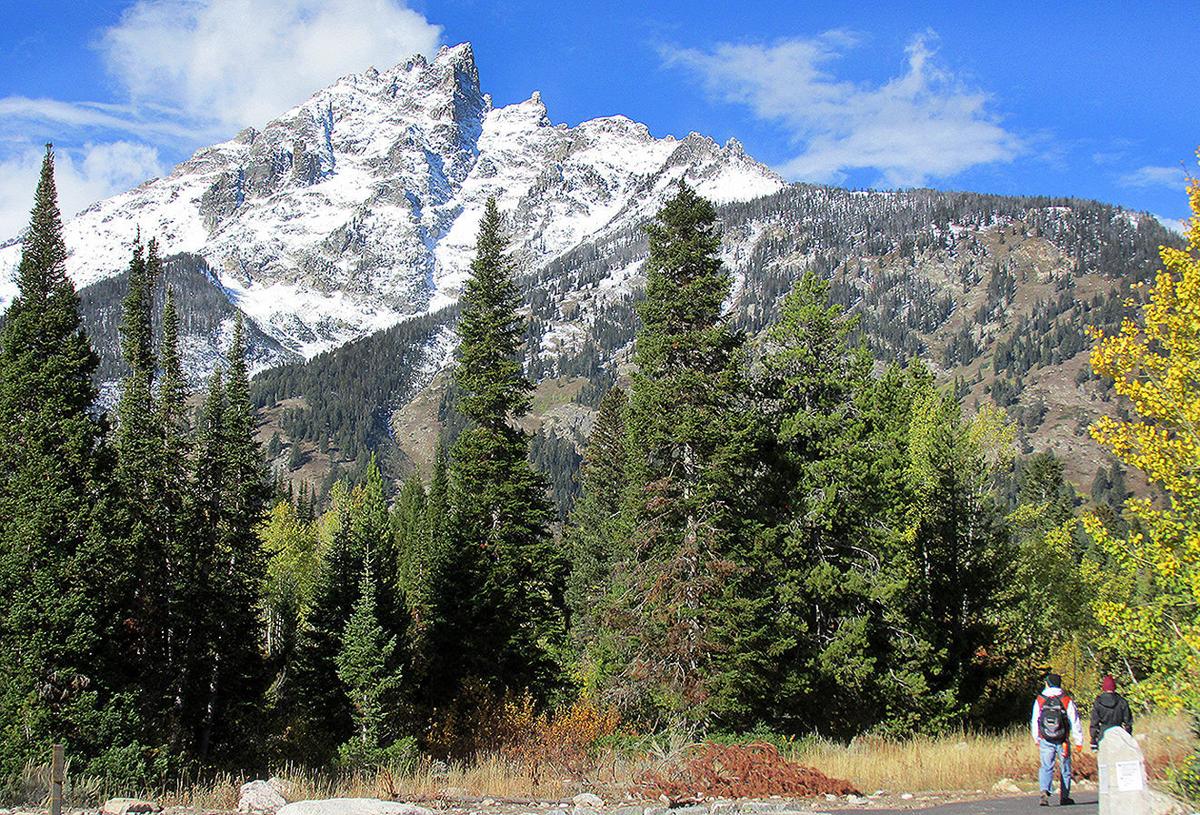 A couple admires the views at Jenny Lake in Grand Teton National Park in late spring.

A couple admires the views at Jenny Lake in Grand Teton National Park in late spring.

If there’s one thing learned from 2020 about enjoying the great outdoors, especially in the busy national parks, it is: plan ahead.

Nearby national parks report countless visitors showing up at the park last year with their dogs, kids, a tent they’d never set up before, all the campgrounds full, and no backup plan.

Gone are the days when families could jump in the car and show up at the park entrance gate “figuring things out when we get there.”

Going armed with reliable information and reservations is now critical to having a good experience in this current pandemic-driven outdoor recreation frenzy, say public land officials. At certain times of day, Yellowstone and Grand Teton National Park roads, parking lots and other facilities are bulging at more than 100 percent capacity.

“The big message is that if you’re coming and spending the night, do you know where you’re spending the night? And if you don’t, do you have a plan B?” said Denise Germann, communications officer for Grand Teton National Park. “What we saw last year and in 2017 during the eclipse, is that when people couldn’t find a campground in the park, they went to the (National) Forest. That creates challenging conditions on the (National) Forest next door.”

This year, Grand Teton National Park switched to an all-reservation system for its campgrounds.

“Most of those sites are filled through the summer at this point,” Germann said. “We don’t allow camping outside of the designated campsites in the park.”

That policy prohibits pulling your camper van off the side of the road for the night.

The nearby Bridger-Teton and Caribou-Targhee National Forests are a mix of reservations and first-come, first-served campgrounds. On weekends, most sites were full across the system this past summer. Another newer phenomenon is that many older campgrounds were created with smaller camp trailers in mind and don’t accommodate the behemoths of today.

Enjoying an outdoor visit on public lands can be all about timing. One repeated mantra is “go early or go late” to avoid crowds in the middle of the day and see the best the outdoors has to offer.

“Spotting wildlife is more about when than it is about where,” said Darin Skidmore in a Facebook message. “I make at least two trips a month to those two national parks. I leave home when most people are sleeping, and I am in the park long before the sun is up. I avoid the crowd by being out of the park by 9 a.m. I always see animals, always. But I don’t just drive and hope that I run into something. I am a hiker. I always have bear spray, I always have gear in case of emergencies. And I follow all of the rules.”

“Last year threw us such a wild card because things were filled 24/7,” said Mary Cernacek, of the Bridger-Teton National Forest. “It was just constant. As things are leveling out, the middle of our week tends to be less impacted than our weekends. Folks that are showing up Tuesday morning are having more spaces to choose from, whether it’s parking, camping, choice launch lanes at a boat ramp — mid-week folks are finding a bigger range of choices.”

“We like to tell visitors to plan on venturing into the park early or even late to beat the crowds, generally, before 10 a.m. and after 3 p.m.,” said Ashton Hooker, at Yellowstone’s public affairs office. “We anticipate another very busy summer season ahead of us.”

While the national parks are the giant visitor magnets, officials said visitors shouldn’t limit themselves to just the parks.

“There are some spectacular public lands in Idaho and Wyoming,” Germann said. “Part of it is planning ahead. People will be surprised at the number of opportunities that are there.”

Plus, outside of the national parks, the public land is dog-friendly. Inside Yellowstone and Grand Teton National Parks dogs are restricted.

“Dogs are not allowed on the trails,” Germann said. “They are allowed on leashes anywhere a car can go. If you are traveling with your pet you need to plan ahead, because what are you going to do with your dog when you are hiking in the backcountry? Last summer we saw more dogs on trails in the backcountry. We got more calls about dogs in places they shouldn’t be.”

Another current restriction is that inside all federal buildings, such as visitor centers or ranger offices, masks are still required.

National parks are not the only areas slammed with visitors.

“This year for our rivers we have an increase in the amount of folks putting in for river permits for the four rivers lottery which includes the Main and the Middle Fork of the Salmon River,” said Amy Baumer, a spokeswoman for the Salmon-Challis National Forest. “We’re seeing that trend as well.”

Baumer recommends calling ahead on campground availability if you’re planning on sleeping in that neck of the woods.

“I would encourage people to call ahead to the local ranger district office where they plan to go,” she said. “Those folks will get the reports from the recreation staff and have an idea of the use that’s going on in their district and help people plan.”

“If you pack it in, pack it out,” Germann said. “Those are just basic concepts about outdoor recreation that some folks have probably never been introduced to.”

National Forest and park officials said despite unprecedented use, they still expect that most people will have an enjoyable experience in the outdoors.