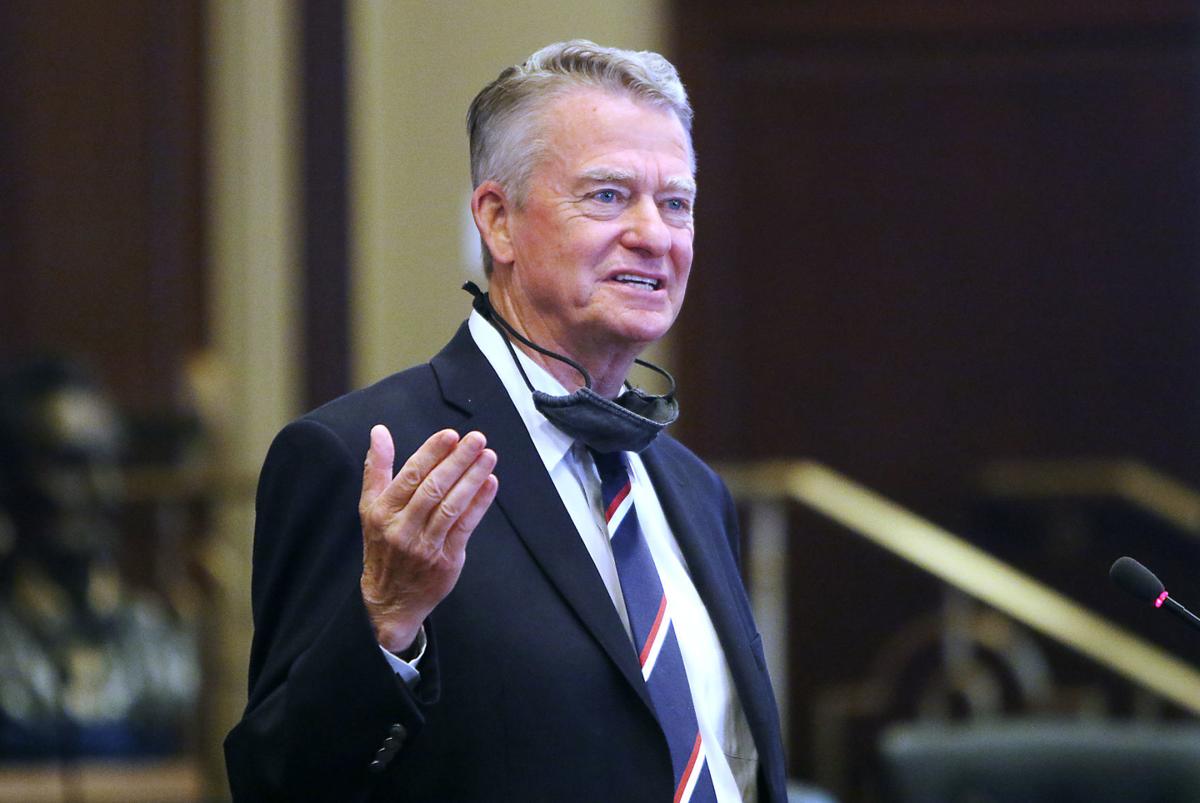 Gov. Brad Little addresses members of the media during a press conference in the Lincoln Auditorium at the Idaho State Capitol, Thursday, June 25, 2020.

Gov. Brad Little addresses members of the media during a press conference in the Lincoln Auditorium at the Idaho State Capitol, Thursday, June 25, 2020.

“It is alarming the way the numbers are going up,” Little said during his weekly statewide call-in with AARP Idaho. “But when we got to full opening, in essence almost every business in the state that wanted to open could open. We knew this was going to happen. We were hoping it would happen to a lesser degree than it is happening now.”

Little said he’s concerned for the health and safety of Idahoans, and said, “If people are concerned about their safety, they won’t participate in the economy and then we won’t have the rebound.” Additionally, he said, “If our numbers are too high, it will jeopardize our kids going back to school, whether it’s K-12 or college this fall.”

As of 5 p.m. Tuesday, Idaho had notched 6,117 coronavirus infections statewide, 365 of them new on Tuesday — a new record. That followed triple-digit increases in cases every day since June 22. So far, 92 Idahoans have died from COVID-19; 509 health care workers have been infected; and 330 Idahoans have been hospitalized for the virus.

The state also estimates that 4,233 Idahoans have recovered from COVID-19, but that’s based on the assumption that anyone who hasn’t died within 30 days of initial infection has recovered. That’s no longer certain, now that researchers have learned that some patients suffer with the virus for months. During an earlier AARP call-in, former House Minority Leader Wendy Jaquet, D-Ketchum, called in and revealed that she is one of those patients dubbed “long-haulers,” having tested positive for COVID-19 in March and again in June, remaining ill the whole time.

A June 4 article in The Atlantic detailed the phenomenon, which has since been widely reported.

A caller named Helen in Emmett asked about an upcoming benefit rodeo. “How are we going to do the distancing thing if everybody shows up?” she asked.

Little responded, “The first thing they need to do is work with their local health district, because we aggregate all of the best practices there.” He said it’s vital to make plans that ensure attendees at an outdoor event are in areas with good ventilation, aren’t crowded together, have multiple entry and exit points, and don’t congregate together for any reason.

“But rodeos the way they used to be, where everybody goes through the same gate, they’re all crammed together, and they go get their hot dog and their soda at the same place, those are all things that have to be looked at,” the governor said. “These events are in jeopardy if the numbers keep going up.”

An Emmett native himself, Little told the caller, “You know me, I love my rodeos as well as anybody, but like any event, they’re going to look different than they did before. … They can do it, but they’re going to have to put in the practices that are recommended by their health district.”

“We had really good numbers three weeks ago, and I think a lot of people dropped their guard down,” Little said. “But if you want the economy to rebound, if you want your kids to go back to school, if you want to have day care available, if you want the jobs to come back, all the things that we’ve talked about, about sanitation, hand washing, mask-wearing, those are all absolutely imperative.”

Quizzed by callers about why he hasn’t supported a statewide mandate to wear masks, which more than a dozen states have now enacted, Little said he’d back local entities or businesses that require masks, and he noted he was wearing one himself.

“Here in Ada County, Canyon County, some of those other areas, everybody ought to wear a mask,” Little said. “It’s the right thing to do. You’re not going to hear anything contrary from our administration from top to bottom, other than wear a mask.”

Idaho has shut down its statewide COVID-19 hotline, instead directing callers to contact their local public health district.

“The tenor of the questions we were getting was so specific they would often have to be referred to the health district anyway,” said Idaho Department of Health & Welfare spokesperson Niki Forbing-Orr. And now that specific responses are being implemented at the local and regional level, including the rollback of Ada County to Stage 3 of reopening, while the rest of the state is in Stage 4, she said local authorities will have more specific answers.

The hotline received its highest number of calls on April 23, when Gov. Brad Little announced his “Idaho Rebounds” staged reopening plan. It received between 1,200 and 3,210 calls per week until it was shut down this past Friday.

Callers who call the former hotline number now are being directed to either dial the state’s 211 “Idaho Cares” health care information line or call their local health district.