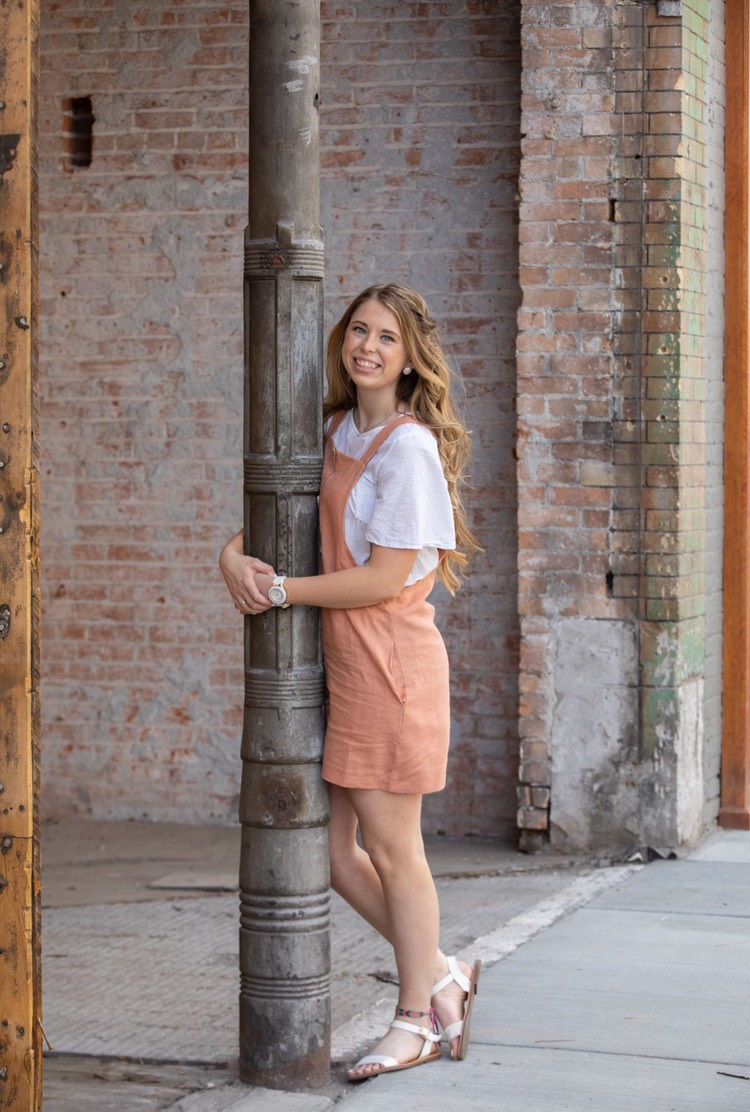 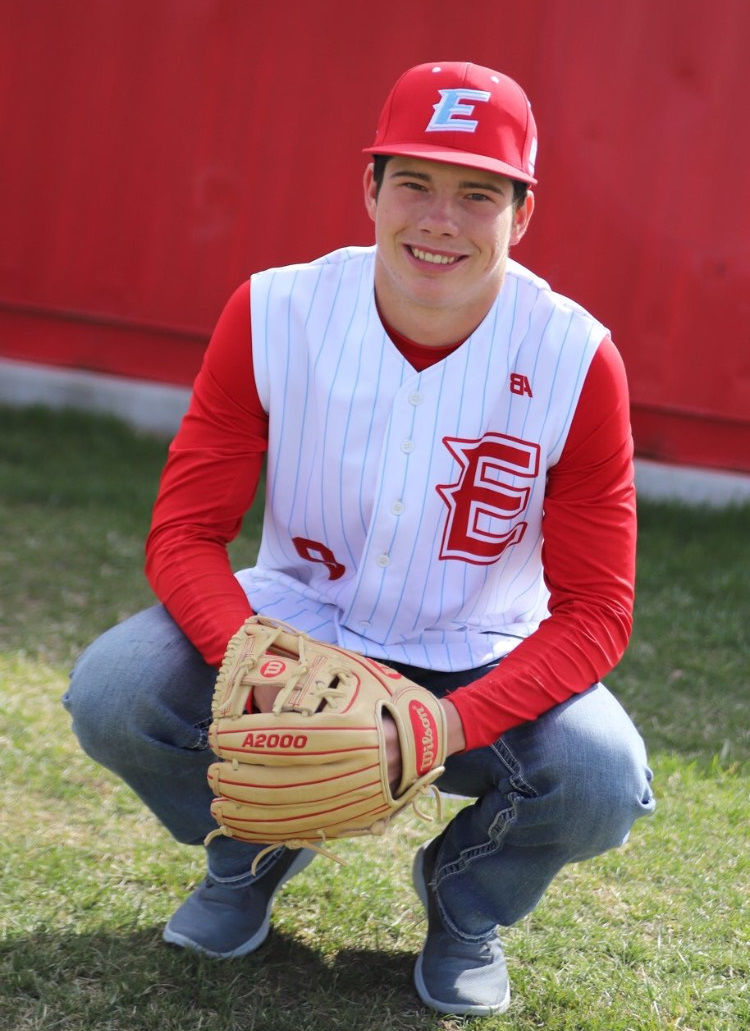 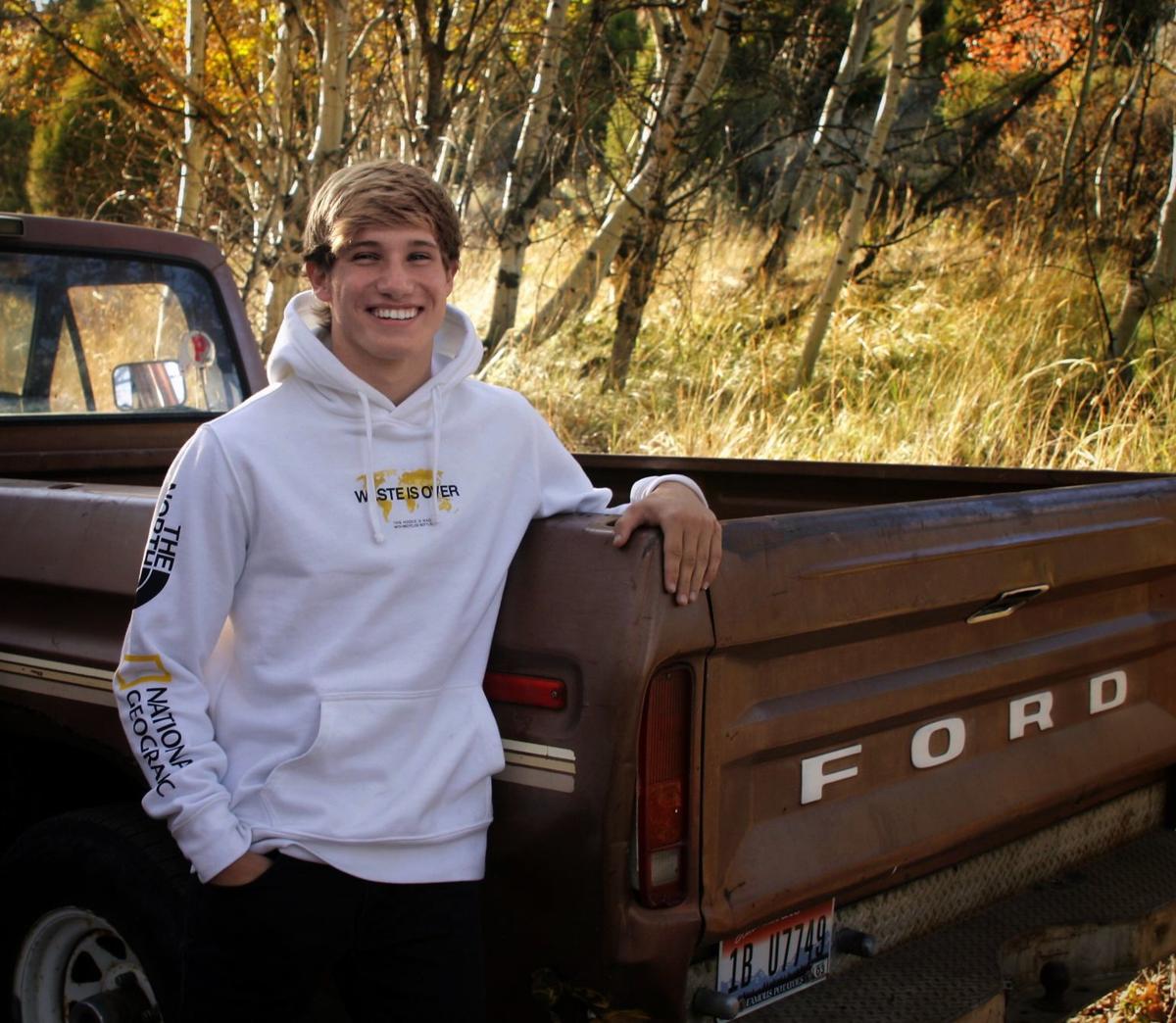 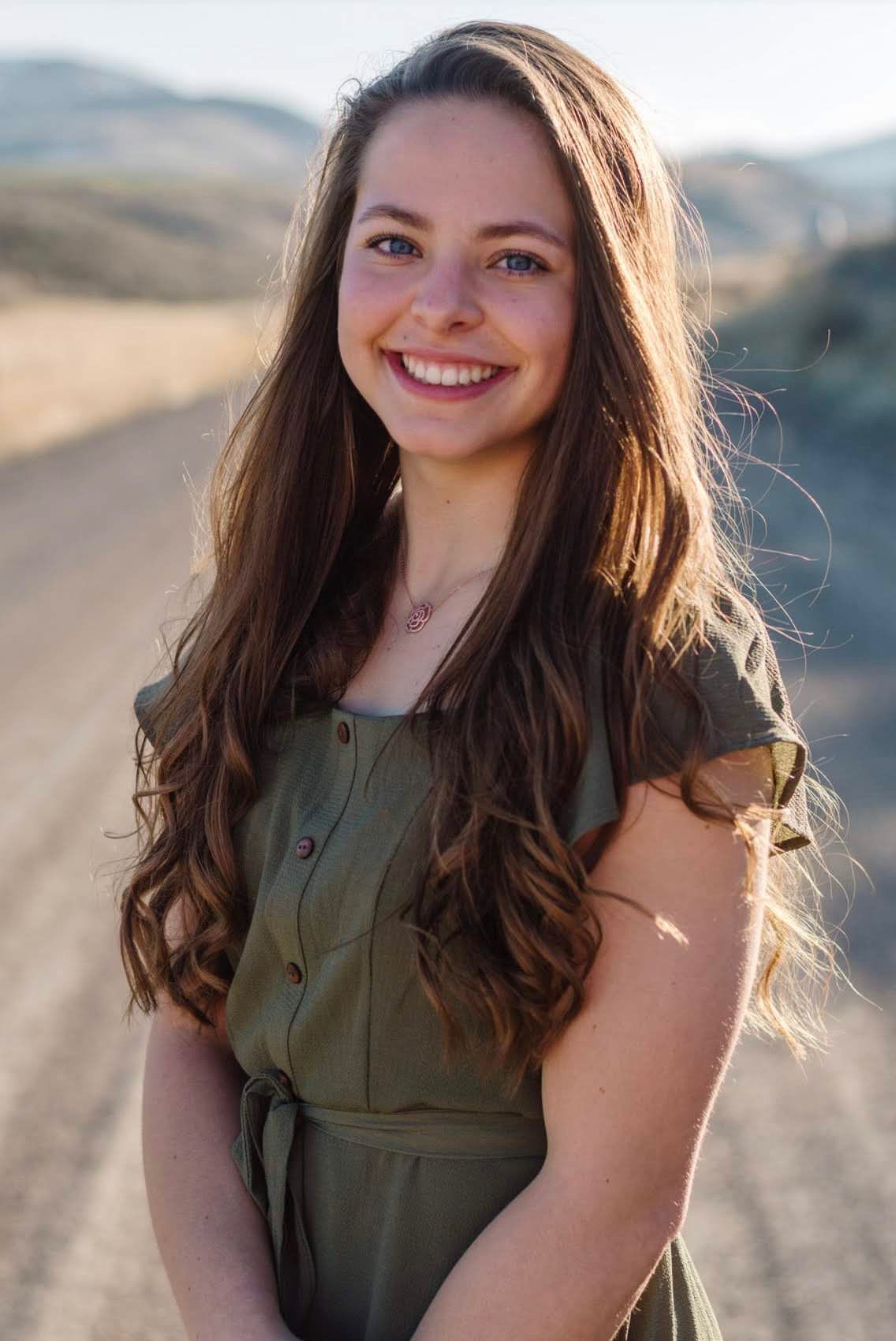 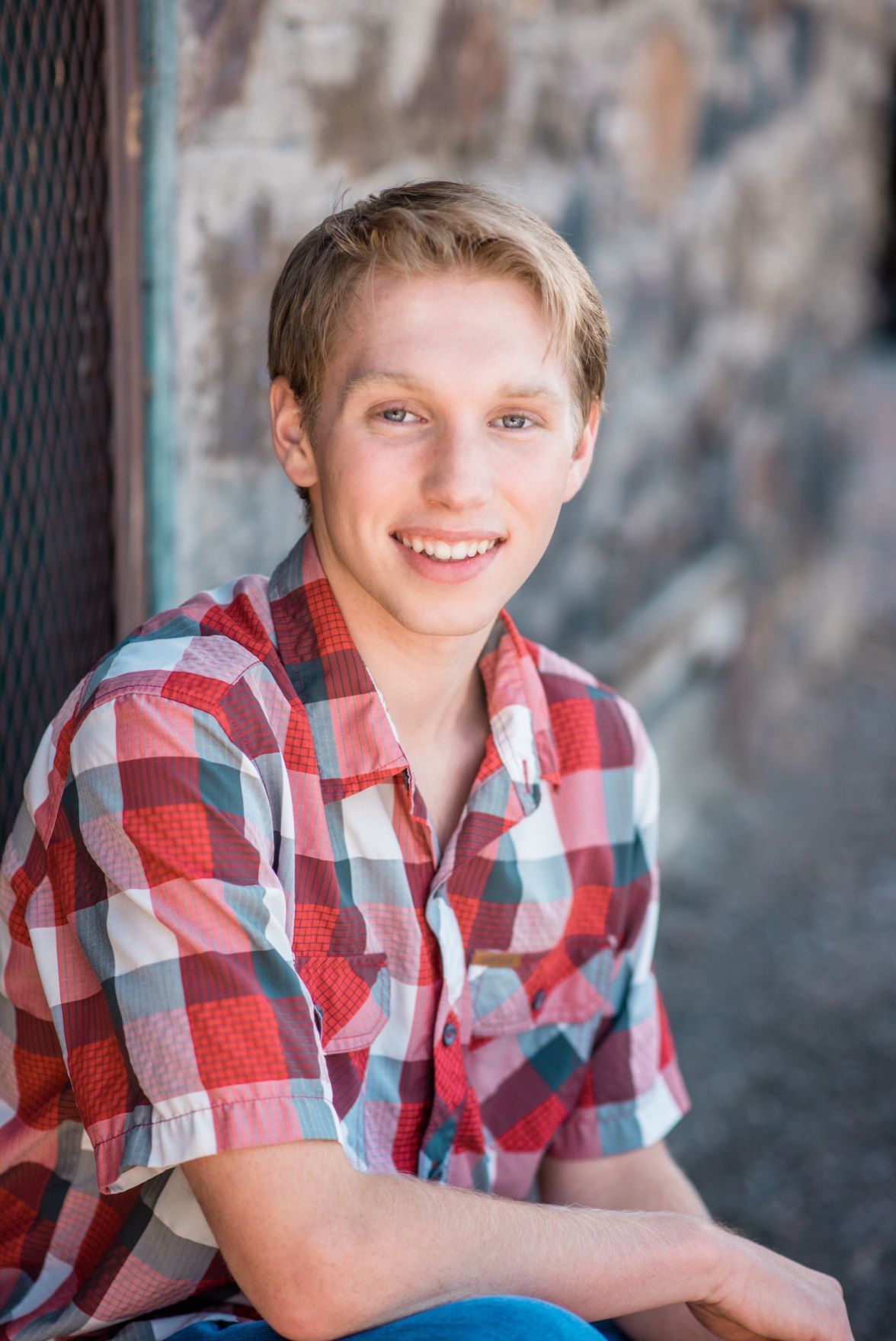 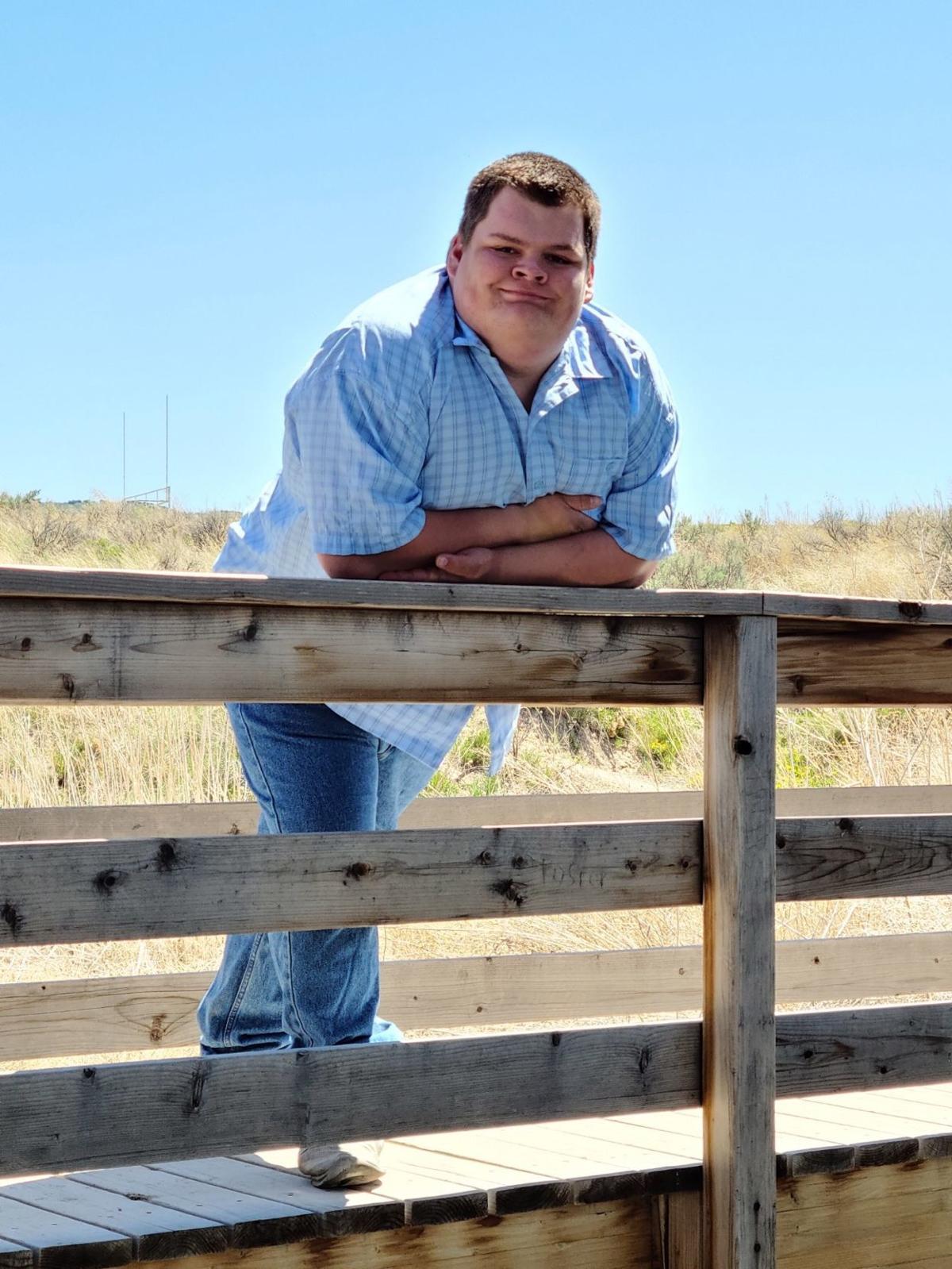 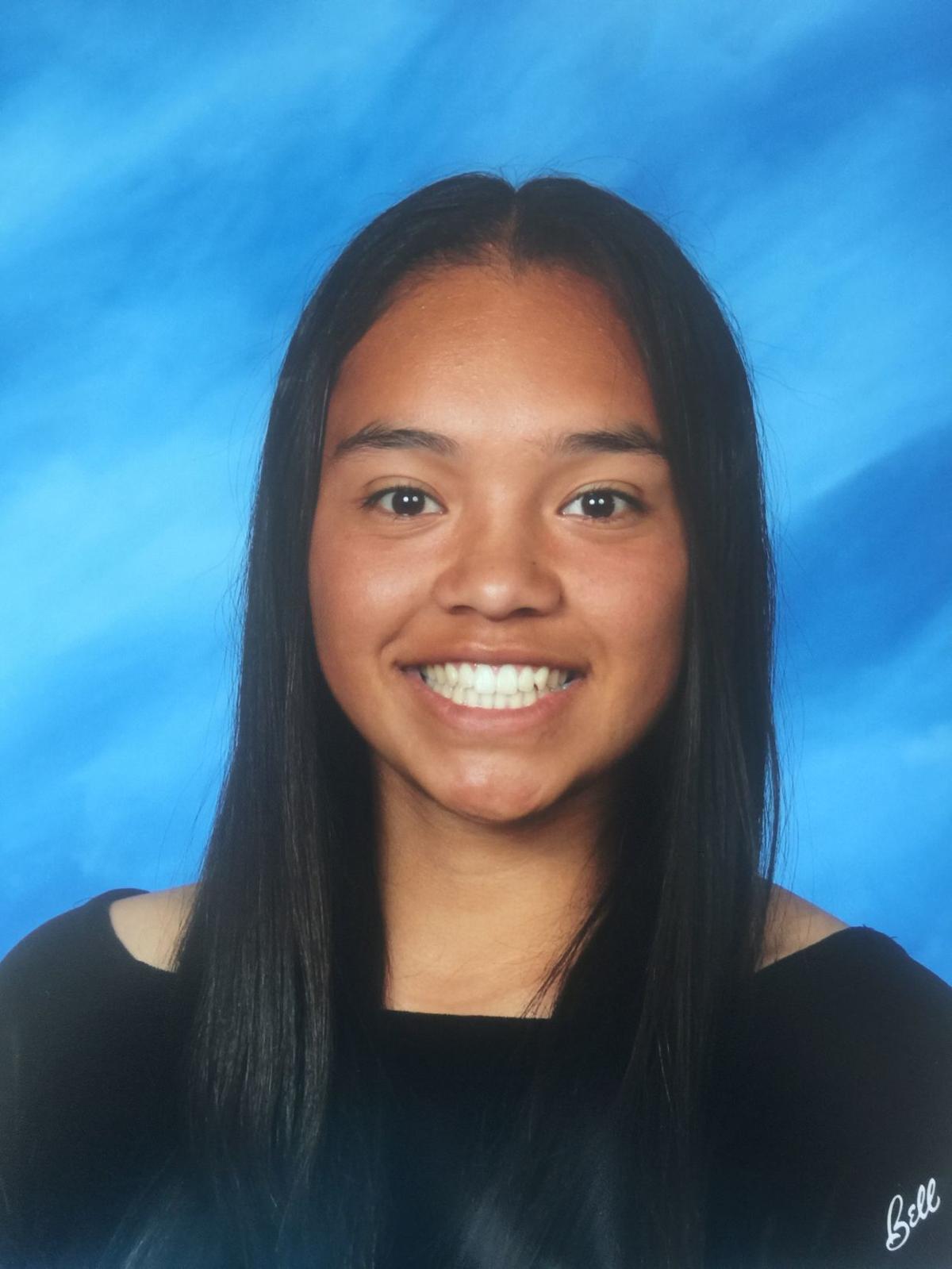 Right before adulthood, there is a prom, high school spring sports and goodbyes between classmates who may never see each other again after their final school days.

Receiving a diploma in front of a large audience is the crescendo before entering a new life stage.

That’s how the experience was, but not how it has been at the end of this school year for local seniors of the 2020 class, who recently had socially-distant graduation ceremonies or are set to have them. Their last days in a classroom were in March as schools closed their doors to students amid the COVID-19 pandemic.

Local outgoing seniors who talked to the Journal have not all had parallel experiences, but multiple graduates settled on “weird” to describe the current situation and “uncertain” for their future outlook.

Century High School senior Kirsten Hall, whose school will host graduation at 6 p.m. Friday, plans to enroll at Brigham Young University in the fall, but she said she did not rule out having to take classes from home if classrooms remain closed at the university.

That is what a lot of incoming freshmen will have to wait and see about. California State University, the nation’s largest public university system, has already announced it is closing in-person classes in the fall.

“It would be kind of harder for me just because college has been something I’ve been looking forward to for so long and being able to go out on my own and just experience life and all of those things,” Hall said. “At this point, it’s so uncertain of what could happen that I just don’t even know what to expect.”

Marsh Valley High School senior Brock Bennett said he will have a mission for The Church of Jesus Christ of Latter-day Saints, but he won’t start that in the fall if there are pandemic dangers.

“You don’t know what’s going to happen, so you take it day by day.” said Bennett, who had his graduation Wednesday. “If it’s still bad, I don’t want to go anywhere.”

The outgoing seniors who spoke with the Journal didn’t know anyone in the area who had COVID-19. When asked what they fear about the coronavirus outbreak, they mentioned the health of their grandparents, as senior citizens are most susceptible to the virus.

“The thing that scares me the most is you could have it and not know,” Pocatello High School senior Matt Ney said. “You could be asymptomatic and then go see your grandma or grandparent and they could get it and die. I think that’s probably the scariest thing about this whole thing.”

Pocatello High School’s graduation is scheduled for noon on Friday.

New Horizon High School senior Dallas Spanbauer is also susceptible to the virus as he is in the at-risk group with asthma.

Spanbauer, whose school will host graduation at 6 p.m. Thursday, said he does not let his situation stress him out, but he keeps it in mind.

“I make sure to wash my hands all the time,” said Spanbauer, who wears a face mask while working as a caregiver for Aspire Human Services. “There are times before this pandemic that you wouldn’t think you’d wash your hands. Just wash your hands whenever you think about it.”

There were different thoughts about not having that classroom experience in the last two months, as Bennett said he only misses his friends and not the classroom. Hall misses the entire experience.

Hall said she loves being in same room with teachers, including Century High School teacher Joe Morris. When someone in his AP calculus class looks bored, Hall said Morris starts dancing and asks, “Am I not entertaining enough for you?”

“The thing I missed the most is sitting inside my classes and seeing my teachers because each of them have their own very unique personalities,” Hall said. “I feel like when I’m around people, I’m able to learn more and learning is one of my favorite things to do and so I just always loved school.”

At the very least, most of the seniors say their schools and teachers have been really accommodating and made their final months of high school as seamless as possible, taking steps such as simplifying lesson plans.

Beyond being in the classroom, another experience missed was spring sports, which were originally postponed before finally being cancelled by the Idaho High School Activities Association in mid-April.

Bennett and Ney, both baseball players, said their teams talked about how the season could end early when they were still playing games in March, but they were only joking.

Ney now jokes that he wishes his senior batting average was not cemented at .000 after playing only a few games.

“It was my last time to play with all my friends I’ve been growing up with since forever,” said Ney, the Pocatello High School senior class president who’s enrolling at University of Idaho this fall. “I was excited to play for Coach B (Pocatello head coach Vinnie Benavidez) and I’m sad that I lost that experience too and the memories we would’ve made is the saddest part.”

Rockland High School senior Charlotte Wilson wonders what could have been in her final track season, as the successful athlete sought to break records and impress colleges with her times as she tried to make a college roster. Rockland hosted a graduation celebration at 6 p.m. on May 22 and has scheduled a graduation ceremony with parents only in attendance for 7 p.m. June 3 in the school gymnasium.

Looking for positives in a bad situation, the seniors found some.

Most of them have to say goodbye to family with plans of moving away, but because of Idaho’s stay-at-home order they were able to spend more time with family members before their upcoming departure.

Highland High School senior Cade Bailey, who plans to start his Mormon mission in August, said one of his favorite moments of the shutdown was when he gathered with his parents and three siblings around the TV over several nights and watched some of the first “Rocky” movies. Highland’s graduation is scheduled for 3 p.m. Friday.

Sometimes, Bailey viewed the film from the kitchen while making chocolate chip cookies for the family.

“None of us kids had seen it, so my parents were like Rocky is a must-watch,” Bailey said. “I really liked them. I thought they were really entertaining. It kind of got us in a boxing mood afterwards. They all wanted to pretend box with each other.”

Bennett said spending quality time with family was his favorite part of the last two months of his senior year. He helped at the family farm in what he called a summer-esque experience, which also featured s’mores on a campfire.

“It’s been nice to slow down and be able to spend time with my family,” said Bennett, who has three younger siblings. “Usually we all have practices — all the kids. We’ve never been able to sit down and have dinner very often and we’ve had dinner almost every night and my mom’s getting tired of cooking.”

Families will still be able to celebrate their seniors’ graduation with a ceremony and some already have, but not in traditional form as schools aim to meet social-distancing recommendations, and that leaves many students disappointed.

American Falls High School senior Katia Sanchez, a salutatorian, has to give her speech in front of a camera lens for video consumption instead of speaking in front of an in-person audience. Her ceremony will not be what she had imagined.

“I always thought it was so heart-warming and it was just a beautiful ceremony to be a part of,” Sanchez said. “Getting the opportunity to have it be done for you, it’s just a whole different, new feeling.”

While she won’t experience a traditional graduation event, she understands why the safeguards are necessary and is appreciative of the effort her school district is making to find a way to celebrate seniors. American Falls High is holding its graduation ceremony on May 30 on its football field with seniors having four guests and social-distancing requirements implemented.

Pocatello-Chubbuck School District 25 high schools will have vehicle processions for their graduation ceremonies. Marsh Valley High School had its ceremony from its parking lot Wednesday, with students waiting in their cars before coming out one by one to receive their diplomas.

Wilson, of Rockland, looks forward to her school’s June 3 graduation ceremony as she has a closeness to her graduating class because of its size, which is 15 students. The senior class president calls them de-facto siblings.

“We know just about everything there is to know about each other,” Wilson said. “You don’t get that at a big school — that really close experience. And so I’m going to miss the people the most and just getting to be a part of a small school. It’s just a really neat experience to grow up in a town like this.”

Many seniors spoke about why they cherish their high schools or towns and welcomed extra time with family, but they are also looking ahead.

Wilson said she thought about some of those matters during the apex of the state’s shutdown, when she obtained solace during a 3-mile hike up a hill with her dog.

She said she was energized and never stopped during her march upward before gaining perspective when she reached the top.

“I had to climb some rocks and it was very adventurous and I got to see my little valley and it was a really positive experience because I just remembered how much I love it here,” Wilson said. “My first thought was I wished I brought my friends up here with me. I miss my friends. But my second thought was I have been very blessed to live in this town my entire life, especially during this time. Everyone’s been so supportive of each other. And then I thought about my future plans.”