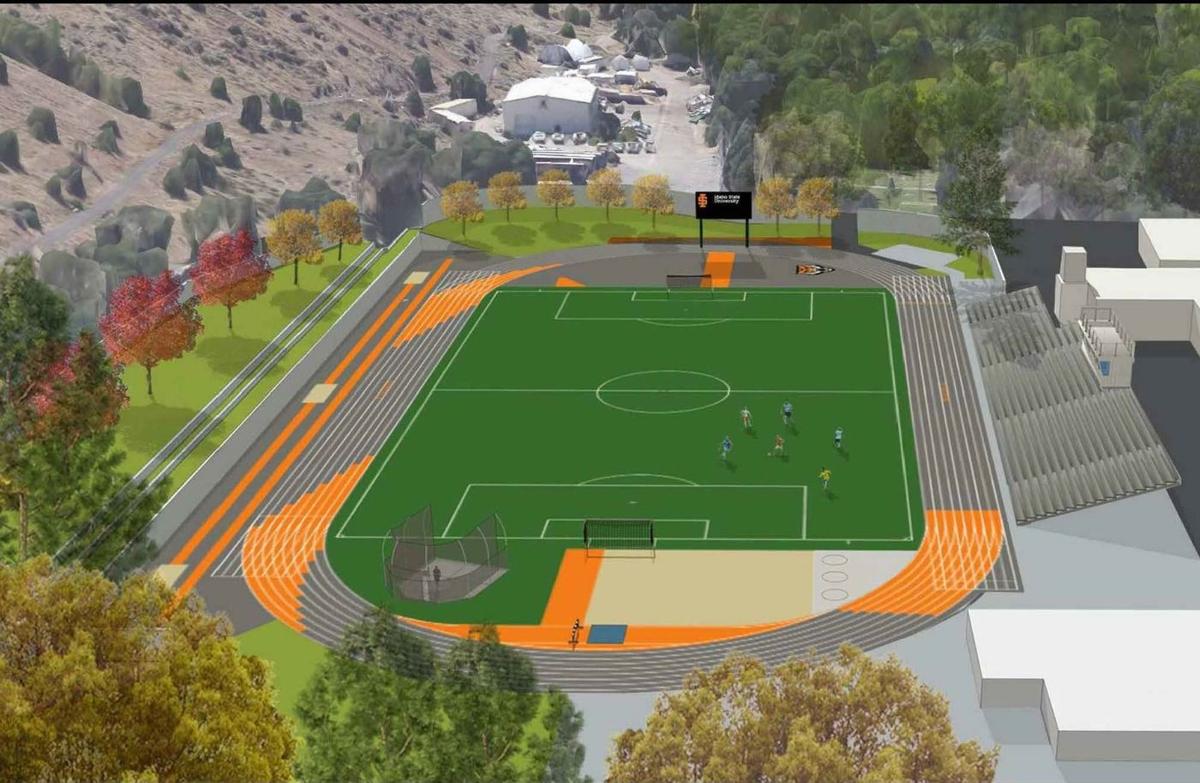 A conceptual image of what Davis Field will look like following renovation. 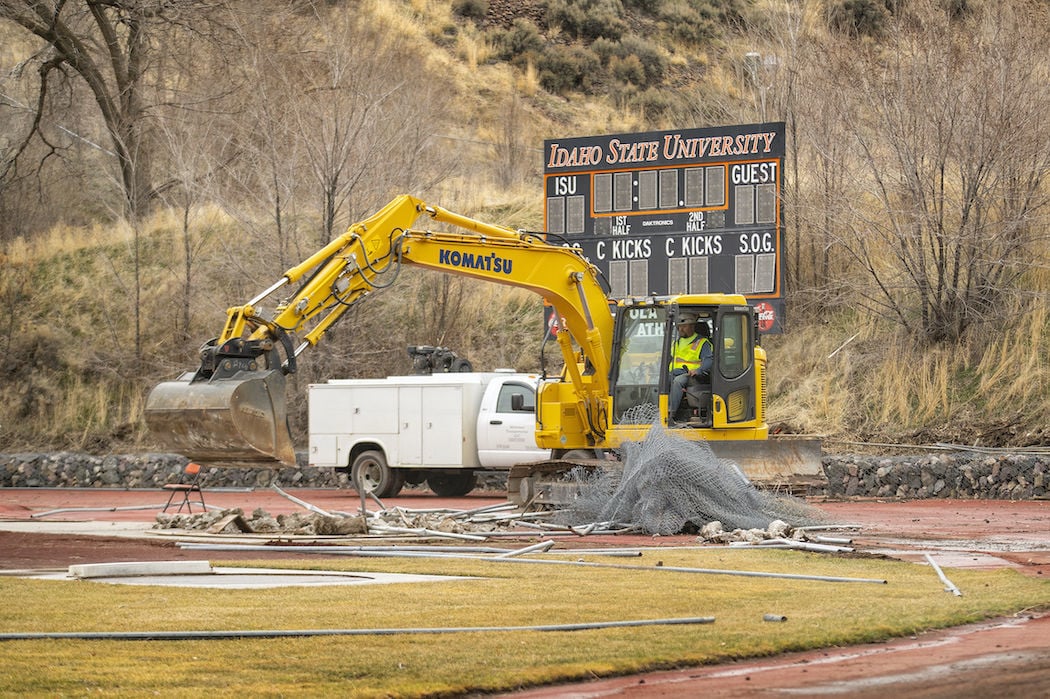 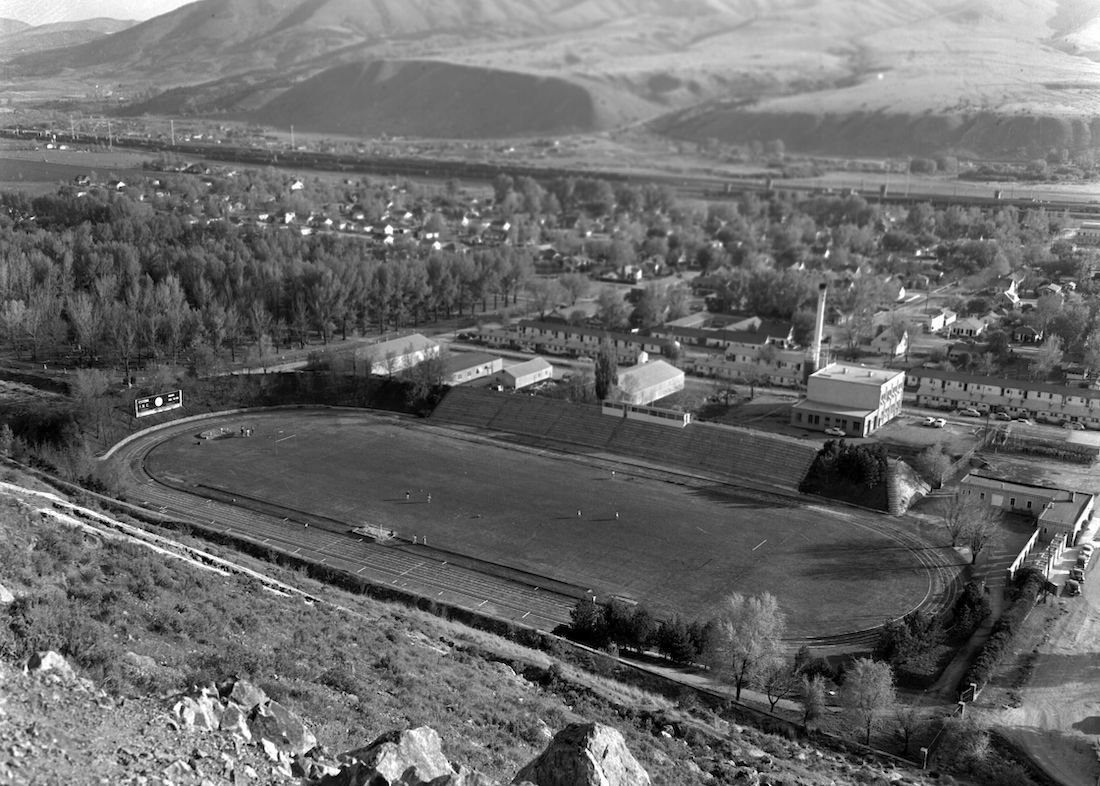 A historic image of Davis Field.

The project, which was announced in April 2019, will restore and improve the facility’s soccer field, track and surrounding amenities.

Construction is expected to be completed by November.

“Davis Field has been a gathering place for our Bengal community for more than 80 years, and today, construction begins on its next chapter,” ISU President Kevin Satterlee said. “I join other Bengals who are celebrating this exciting milestone.”

The project will also replace the deteriorated seating on the east and west sides of the field, add lights, widen the soccer field to meet NCAA championship regulations, modify the track geometry to improve athletes’ times, and add a video scoreboard, among other things.

A groundbreaking ceremony was scheduled and later canceled because of coronavirus concerns.

Davis Field, which is currently home to ISU’s soccer team and outdoor track and field teams, was originally constructed in the 1930s and housed the ISU football team until 1969.

But the historic ISU landmark, located at the base of Red Hill, hasn’t hosted an outdoor track meet since 2007, and its narrow dimensions make it difficult for ISU’s soccer team to schedule nonconference opponents.

The improvements made during the renovation project will elevate the facility to meet NCAA standards for hosting competitions and championships, including Big Sky Conference and NCAA regional and national events. It will also create a dramatic increase in home competition opportunities.

“The renovation of Davis Field demonstrates our commitment to do the right things to support our programs, to maintain our facilities and to provide our students and community with the experience they should expect from a Division I athletic program,” ISU Athletic Director Pauline Thiros said. “I am proud of our leadership team for seeing this through, for rejecting the notion that it was not to be. This project is the meaningful beginning of the realization of our long-term vision. This renovation will reflect our proud history, and it will also reflect the excellence that is now the expectation in Bengal athletics.”

The project was originally thought to cost $4 million, but was finalized at a cost of $7.1 million, including contingencies, after multiple rounds of bidding and redesigns to the original plan. Thiros said the project will be funded by institutional sources, adding that the final plans include more upgrades and renovations than the original.

Along with the aforementioned upgrades, the project will also accomplish the following:

- Create a 5-foot runout space between the sideline of the soccer field and the track, thus improving athlete safety

- Add LED lights to extend practice and competition times into the evening. The lights will also have an entertainment package that will flash for player introductions and gameday special effects

- Design the entire facility to comply with ISU’s new branding initiative, including the track surface and walls

During construction, ISU’s soccer team will practice and host games at the Idaho Central Credit Union Community Field at Papenberg Sports Complex, which is on the south side of Holt Arena. Track will use Holt Arena and other local venues for practice.

The construction manager and general contractor for the project is McAlvain Companies Inc. from Boise. The project engineer is Keller Associates, which has offices in Meridian and Pocatello.