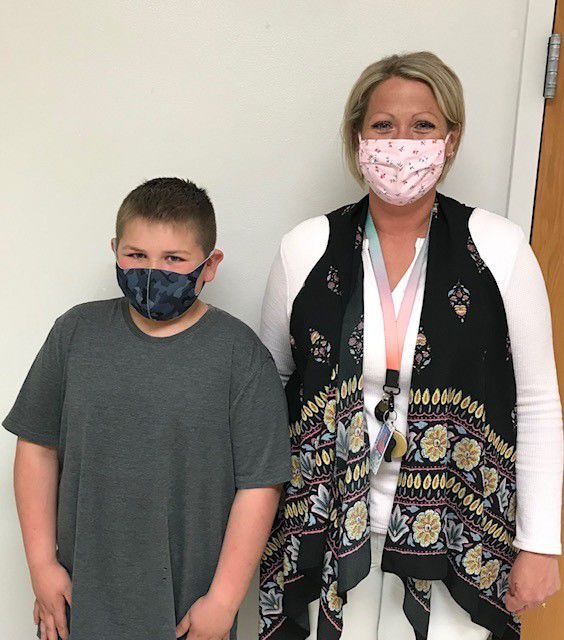 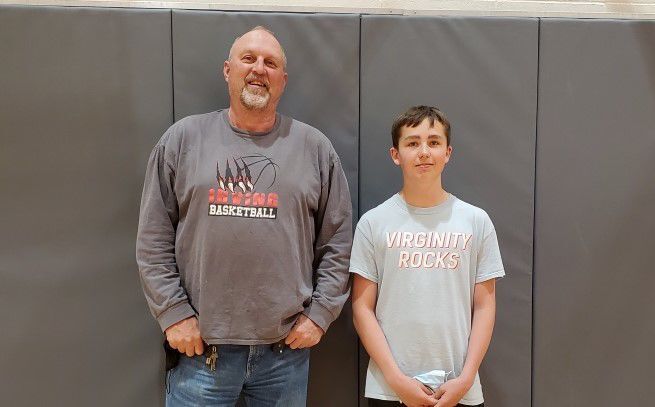 The Learner-of-the-Month C.A.K.E. award recognizes one elementary learner and one secondary learner from our district, from October through May. Nominations for the C.A.K.E. award are submitted by a teacher who has observed the nominee’s behavior and is approved by the school’s principal.

Layton was nominated by his teacher Mrs. Liz Misner. In her nomination letter, Mrs. Misner wrote: “I would like to nominate Layton Ellsworth for the C.A.K.E. award. Layton showed a great amount of kindness and compassion to a neighbor and myself. Layton and his friends were riding bikes one afternoon. After witnessing a gentleman fall in his front yard, Layton turned and rode his bike to the gentleman that had fallen, he asked if he was ok and if he needed help. Layton stayed with the man until the man said it was ok to leave. Layton could have kept on riding his bike with friends but chose to help others in a time of need. I am grateful for the example of kindness Layton showed many that day. He is a good kid.”

Carter was nominated by his teacher Mr. Mark Holzer. In his nomination letter, Mr. Holzer wrote: “I witnessed one of the most kind and caring acts by a student during my PE class here at Irving. Carter Ward has always been a nice young man and well behaved in class; but on this particular day Carter show(ed) a kindness that touched my heart as well as another student. During a basketball drill in class, one of our special needs students was participating and as he went down close to the basket, he accidently stumbled and fell to his knees. Unfortunately, his pants also ‘stumbled’ in the fall. As this student got up and regained his balance, he immediately limped towards the nearest exit to a lobby area. Carter realized he wasn’t probably hurt, but embarrassed by what happened. Carter followed the student out, consoled him, showed him a true kindness and shared a friendship moment with this young man. A few minutes later not only did Carter rejoin the game but so did this other student. Carter took him under his wing, brought him back in and helped him find success and enjoyment once again. Our special needs student finished the class, laughing, smiling and participating, feeling confident and happy.

“It was a moment where a student’s understanding, timing and care could far out do anything I could have done as a teacher. I was thankful Carter was there and took action so very quickly. The outcome was so wonderful for the individual and the class example Carter set was outstanding. Carter Ward is a strong leader, humble in nature, and has a deep empathy for his fellow students. It’s not size nor age that makes a man — it’s the character that resides within.”

Layton and Carter were recognized at the board of trustees meeting on Tuesday. As the educational partner for the award, McDonald’s provides each learner and their nominators with a gift card, along with $50 to purchase books for the school’s media center in the recipients’ names. Both learners were also recognized among their peers in their class with a special treat.