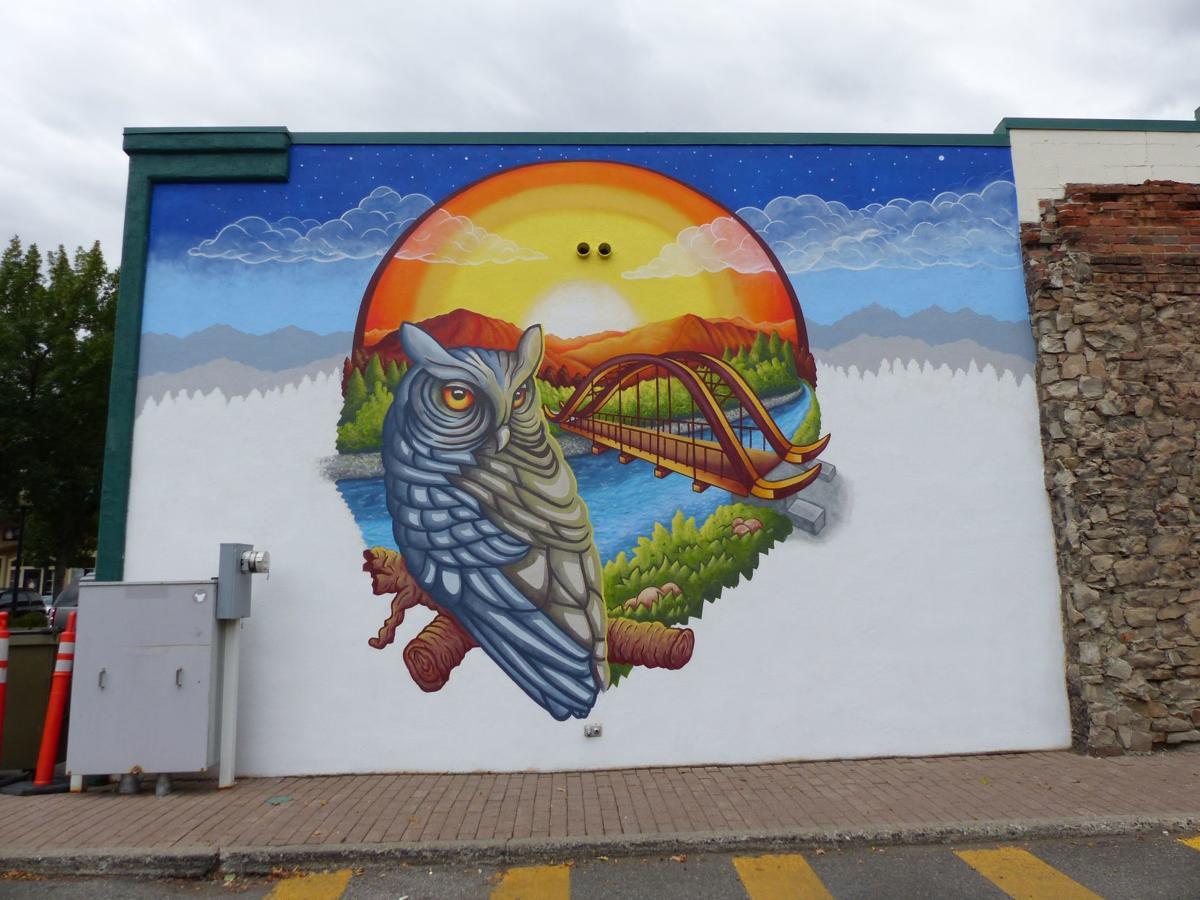 The city of Hailey recently installed a mural with a depiction of a great horned owl.

The Trailing of the Sheep Festival is a unique way the Sun Valley area attracts tourists.

The city of Hailey recently installed a mural with a depiction of a great horned owl.

The Trailing of the Sheep Festival is a unique way the Sun Valley area attracts tourists.

Cities have to get out of the silo mentality if they want to be attractive to visitors. And they can’t fold to CAVERS — citizens against virtually everything — when becoming a place that is good to visit, good to live in and good to do business in.

Those were the suggestions from an expert on downtowns, tourism and community development to nearly 200 people attending the Idaho Conference on Recreation and Tourism last month at Sun Valley Resort.

Roger Brooks, author of “Your Town: A Destination — The 25 Immutable Rules of Successful Tourism,” said there have been some innovative attempts around the state to offer tourists something they can’t get elsewhere.

The northern Idaho mining town of Wallace wound up on “NBC Sunday Today” after townspeople declared their town the “Center of the Universe,” and installed a Center of the Universe manhole that has become a social media phenom. They even staged a parade and other activities celebrating their newly declared status.

The southwest Idaho town of Caldwell built Indian Creek Plaza after leaders recognized that the 42 million people passing by on Interstate 84 and even students at the College of Idaho never visited its downtown. It changed everything as people started coming to check it out.

Their ice rink bought in $300,000 in revenue its first winter and the plaza serves as the setting for a Winter Wonderland Festival, Spring Eggstravaganza, Mother’s Day Vintage Market, Wild West Brew Fest, a year-round market touting local products like wine, and scores of other events.

“Nothing you can invest in, save schools, will create a faster return on your investment than downtown,” Brooks said. “Nothing showcases the quality of place better than tourism.”

Laurel Powell, wellness travel reporter for Skift, told attendees that Idaho is uniquely positioned to capitalize on wellness tourism, which is “huge” worldwide and the fastest growing sector of the tourism industry.

“We think of wellness travel as spas and massages, but it’s becoming more than that,” she said. “Everyone’s disconnected, so they’re now looking to boost their psychological wellbeing. What you guys have here is a must for the wellness traveler. You have quiet and opportunity for hiking and interaction with nature in a day when most Americans live in urban areas without much access to nature.”

How cool would yoga or meditation under the stars in Central Idaho Dark Sky Reserve be, she asked. Idahoans could easily offer forest bathing, a practice developed in Japan that involves structured walks through the woods engaging all the senses. Add-ons like fly-fishing would offer forest bathers reason to stay longer, she said.

And other countries are even attracting people with kneipping, which involves walking along water trails or through puddles to stimulate blood flow and strengthen the immune system.

“Boise is supposed to be the most isolated urban area in the United States. That’s not a bad thing — being isolated and in the middle of nowhere is increasingly becoming a big draw,” she said.

David Langhorst, director of Idaho Parks and Recreation, said that Idaho’s 20 percent population growth means people have to reserve many spots throughout the state nine months in advance.

“I hear complaints all the time that ‘I’ve been trying for 15 years to get a spot at Priest Lake’ — Ponderosa State Park, too,” he said. “We’re loving our state parks to death, and we need to create more capacity.”

But the reality is that that maintenance is being deferred because of insufficient funding. To address that, the department plans to increase the price of its Idaho State Parks Passport from $10 to $15.

The department is also studying the feasibility of issuing the passport to all vehicle owners in the state. They would be able to opt out and get a refund. But the blanket issuance would raise funds from the 60 percent to 80 percent who would be expected to keep their passports versus the 10% who currently buy passports.

Langhorst added that the department is continuing to work on plans to build a visitor center at Thousand Springs State Park near Hagerman and provide better way-finding to help visitors negotiate the various units of the park, which include Malad Gorge, Niagara Springs and Earl M. Hardy Box Canyon Springs Nature Preserve.

“We’re even looking at elevated camping on stilts,” he said.