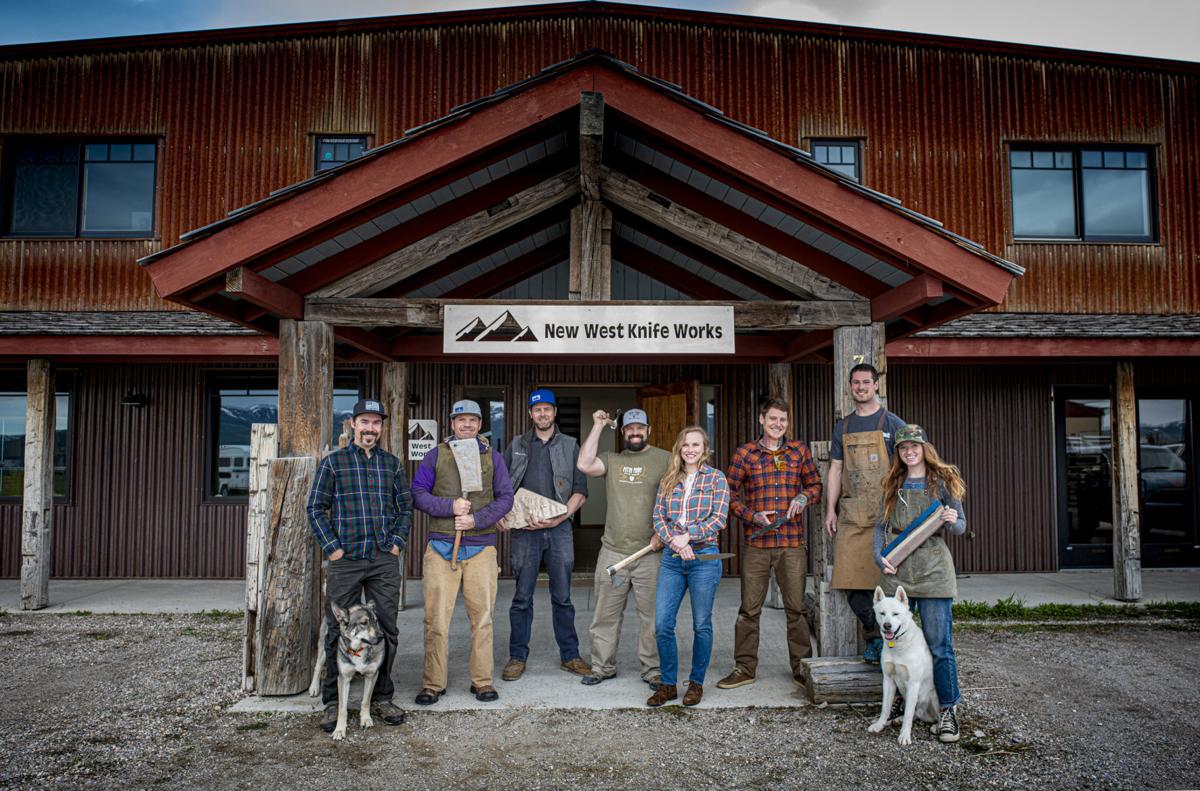 New West KnifeWorks moved its production to Victor in January and is now opening a showroom on Lupine Lane. 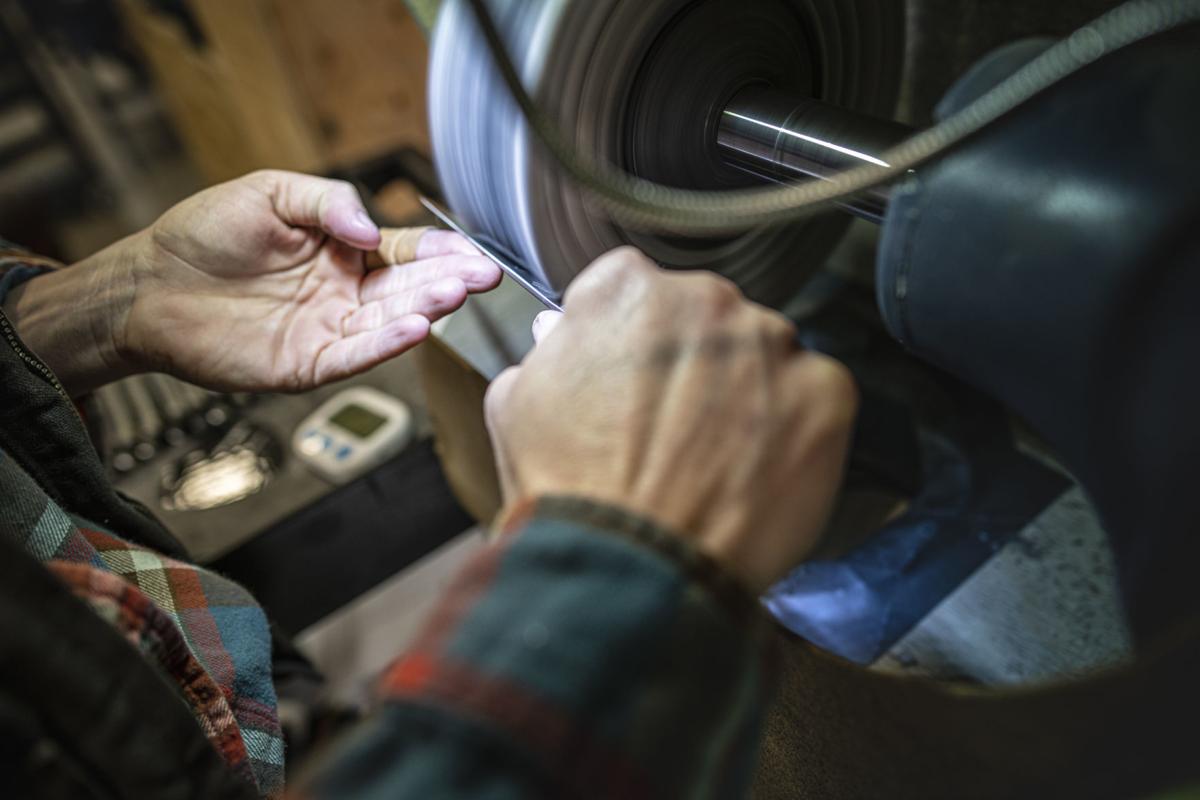 New West’s offerings include high-performance chef knives made with American steel and either desert ironwood or indestructible aerospace fiberglass/epoxy.

New West KnifeWorks moved its production to Victor in January and is now opening a showroom on Lupine Lane.

New West’s offerings include high-performance chef knives made with American steel and either desert ironwood or indestructible aerospace fiberglass/epoxy.

Founder Corey Milligan started the artisan knife brand in his spare bedroom in Jackson 20 years ago. The operation moved around as it grew, landing in a small industrial space on Gregory Lane in Jackson. But as demand for the finely crafted blades skyrocketed, Milligan started searching Jackson and then the region for a bigger production facility. He and his team finally found and purchased the 10,000-square-foot space on the north end of Victor and moved production to the valley in January. Now New West is opening its fourth showroom there, adding to its retail spaces in Jackson, Park City and Napa Valley.

Inventory and customer service manager Corey McGrath said that New West, which has added four jobs since the move and now employs eight people, mostly valley residents, has been very happy with the labor pool here.

“We have a really strong team of people. We’re psyched to be part of the Victor community,” added McGrath, who is no stranger to these parts. “We love supporting local nonprofits.”

While New West takes up over half of the space, they share the building with welder John Simms, Peak Flooring, Creative Energy Solutions, and Sego Ski Co.

New West’s offerings include high performance chef knives made with American steel and either desert ironwood or indestructible aerospace fiberglass/epoxy. A few high profile product features in the New York Times and on NPR boosted the brand’s national standing during the holidays last year, causing orders to pour in. Both the production and shipping departments had to hustle to keep up.

“Good problems to have,” McGrath said.

He manages the international distribution center out of his office. He said New West only sells direct to consumer and is unlikely to shift to a wholesale model soon.

A New West knife comes with a lifetime guarantee and a lifetime of free sharpening, but sharpeners at the factory will put an edge on any blade (including shears, axes, hatchets, and chisels) for only $5-$10.

Appropriate to the more low-key nature of Teton Valley, the showroom will also serve as an outlet where customers can buy knives that, while fully safe and functional, do not pass the highest quality control standards.

“We consider our pieces knife art. They’re functional first but with an eye to aesthetics and perfection,” McGrath said. “Our production standards are really high. It’s not in our best interest to pump out units. We’re creating a quality product to sell and to stand behind, forever.”

The showroom on Lupine will also feature the New West brother line, Mountain Man Toy Shop, which offers house-made tomahawks as well as a few American made pocketknife brands.

The retail space in Victor will be open during business hours on weekdays. For the time being, there won’t be factory tours. McGrath said the knifemakers’ major focus right now is to produce enough inventory to keep up with orders, but he does anticipate offering tours in the future.

He added there’s a lot of value in having a showroom. Customers want to hold a knife, to feel its heft and the shape of its handle, before committing to what can be a $300 purchase.

“People want to know the story behind the things they buy,” he said.

The Victor location is at 7667 Lupine Lane.