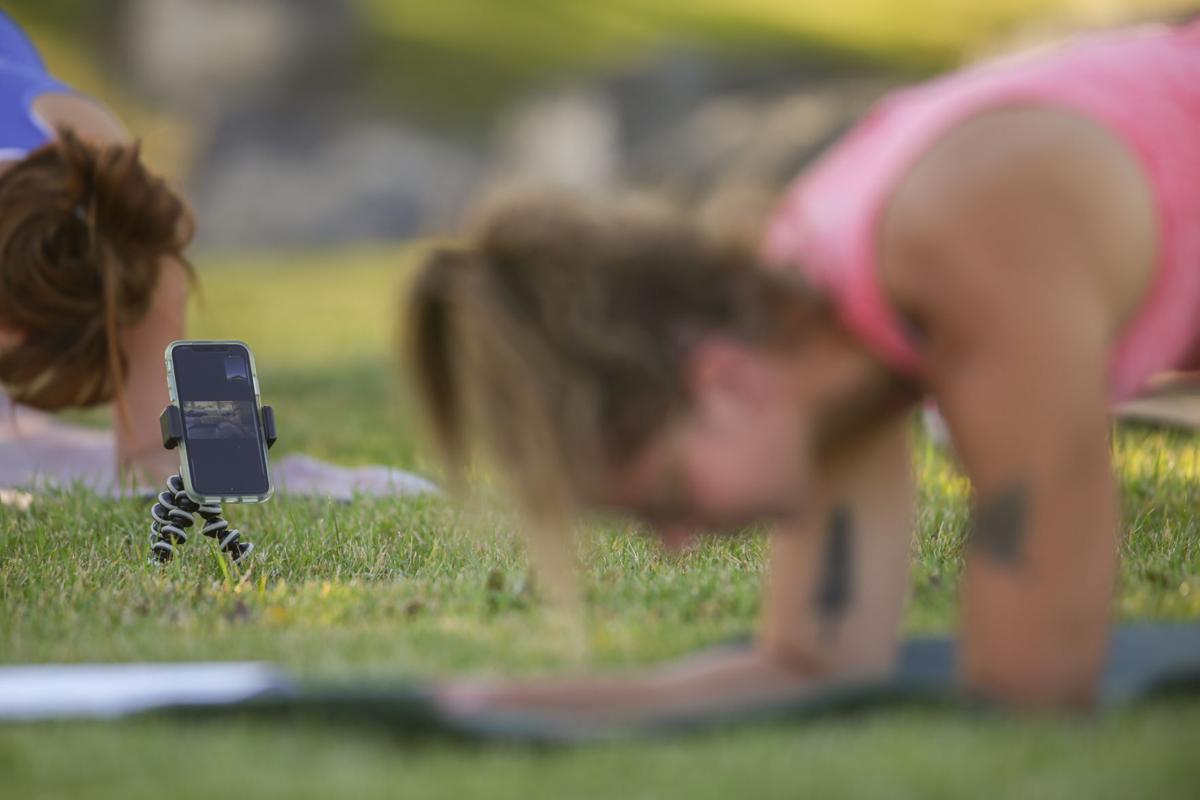 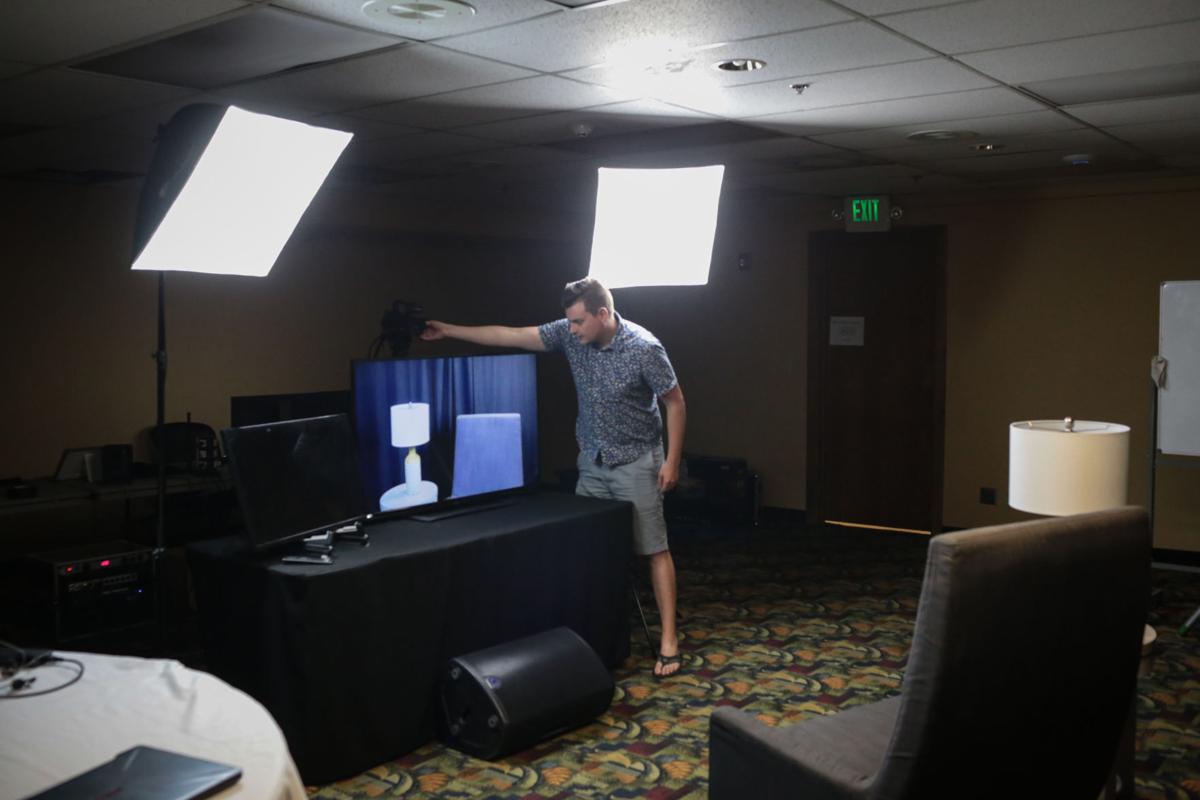 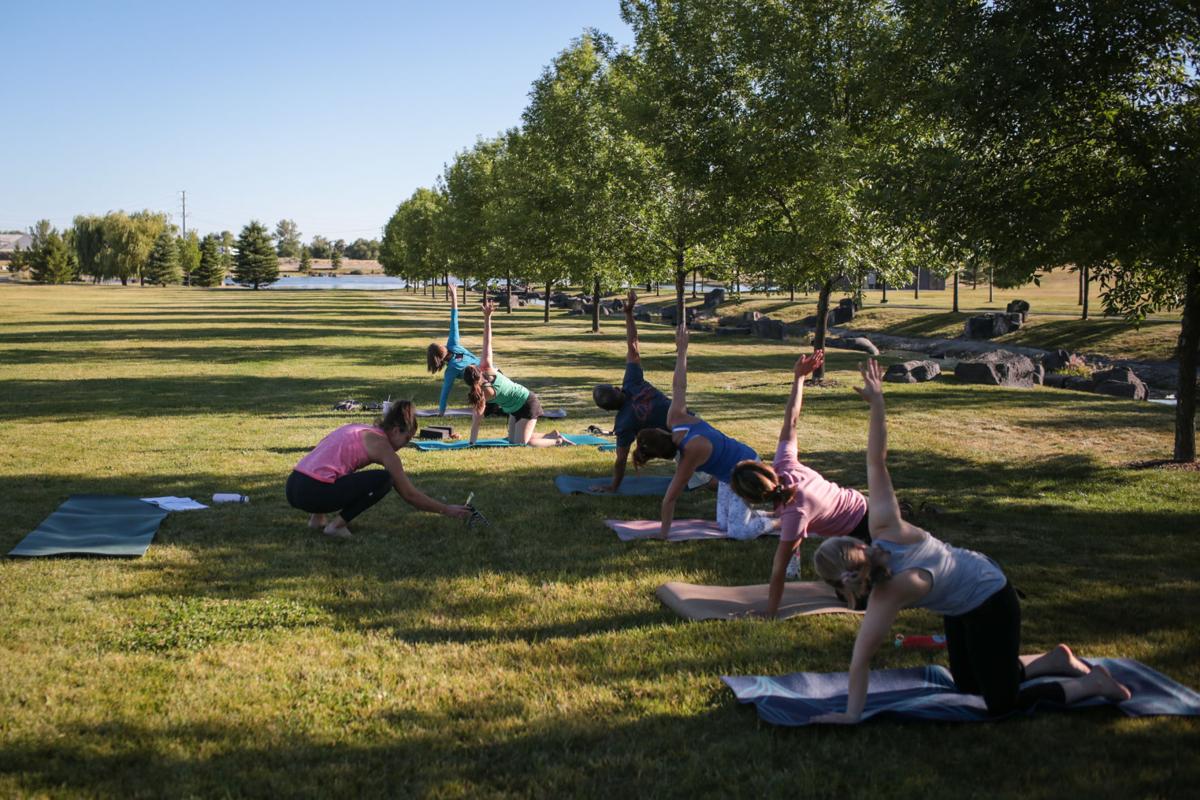 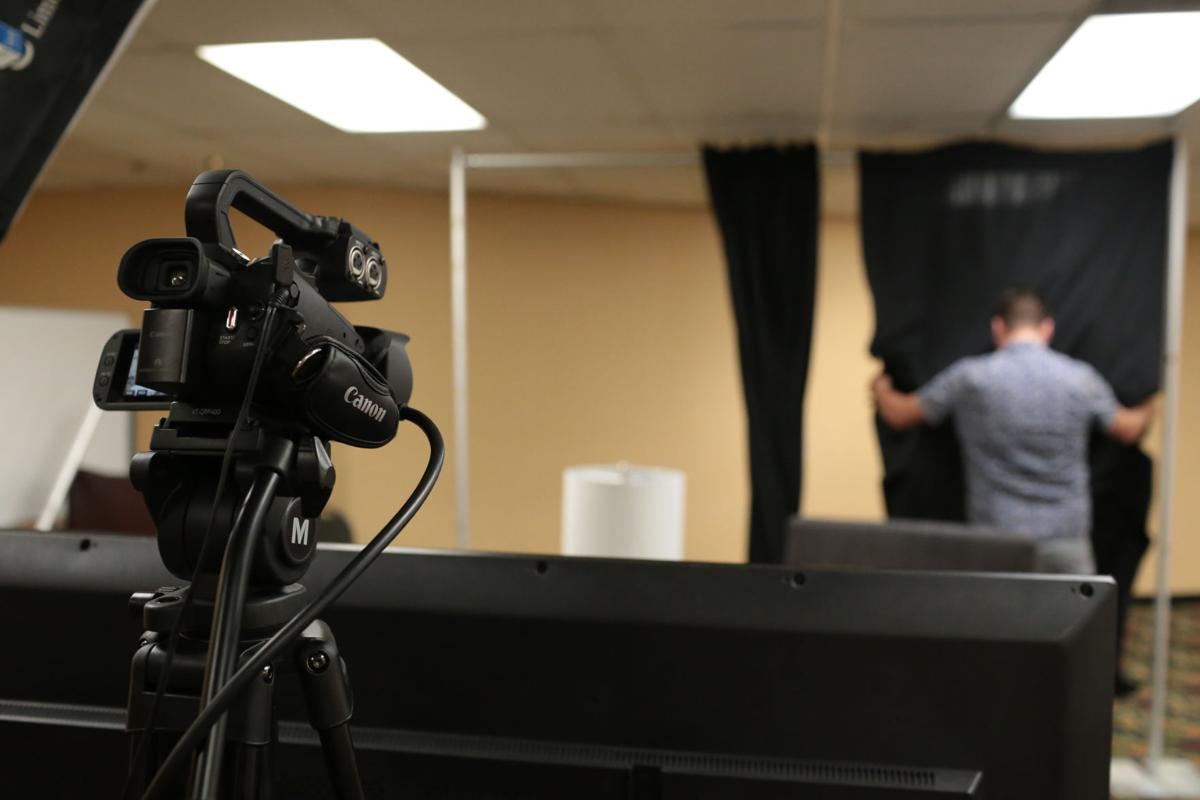 Technical director for AndX, Alan Johnson sets up a backdrop in its studio for remote conferences on Monday, July 20, 2020. 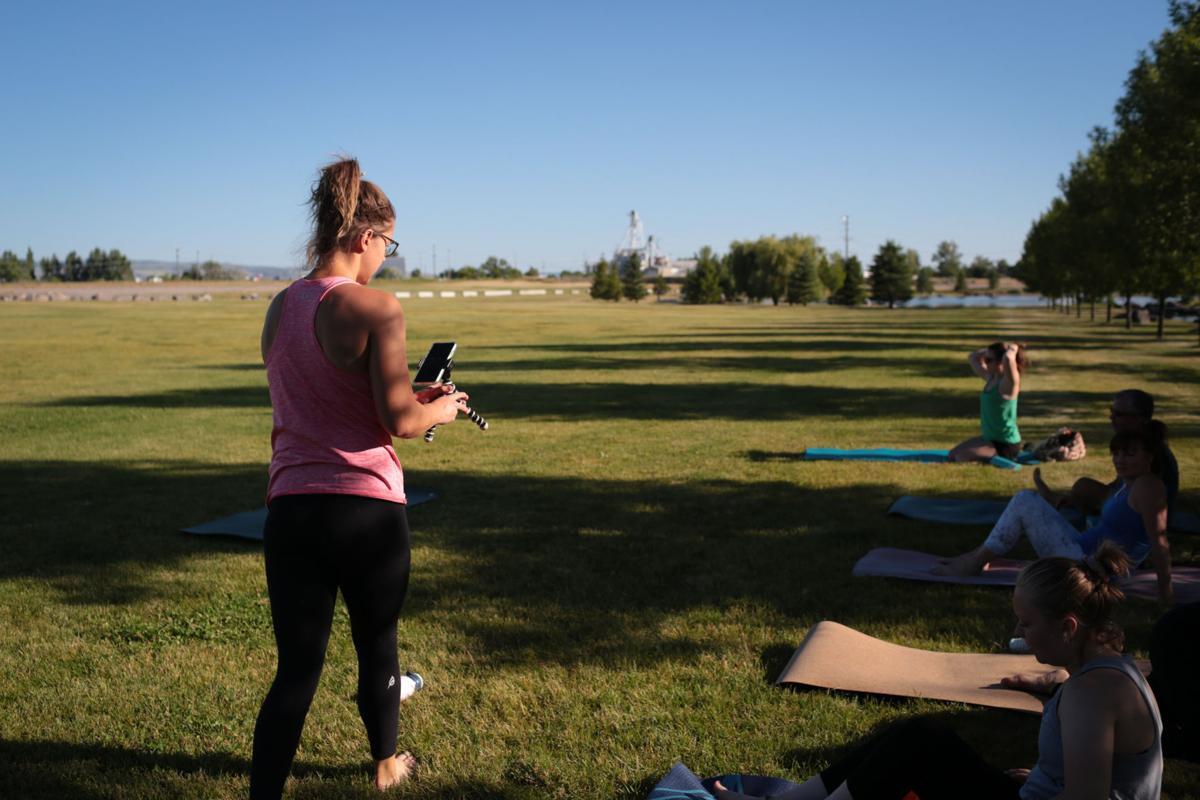 Katy Shilling sets up her iPhone to record a yoga class for Idaho Yoga Co-op Non-Profit Inc. and Wellness Center on Monday, July 20, 2020.

Technical director for AndX, Alan Johnson sets up a backdrop in its studio for remote conferences on Monday, July 20, 2020.

Katy Shilling sets up her iPhone to record a yoga class for Idaho Yoga Co-op Non-Profit Inc. and Wellness Center on Monday, July 20, 2020.

As coronavirus numbers continue to rise, more companies are looking for ways to conduct business from afar. From virtual meetings to virtual parties, it seems everyone is going online these days. And East Idaho companies are no exception. Local business owners have had to get creative to reach their customer base at home.

Wall 2 Wall Flooring in Idaho Falls is offering virtual tours of its showrooms. Diablas Kitchen in Idaho Falls held a virtual wine tasting in May. East Idahoans can even schedule a “royal virtual visit” from their favorite princess through Storybook Parties Idaho. Nearly all of the Greater Idaho Falls Chamber of Commerce events have been online in recent months.

The Idaho Yoga Co-Op, with studios in Idaho Falls and Victor, was one of the first local places to take the virtual plunge when it went completely online on March 13. When news of the pandemic broke, founder Daysha Hampton, who calls herself a “super-nerd,” began researching how the novel coronavirus spreads and quickly realized she would need to shift how her business conducted classes.

“I stayed up for a few days pulling a few all-nighters to look at the software and then put out an announcement to our staff that we were going online … because we have a lot of high-risk staff,” Hampton said. "It’s not even the liability, but it’s the emotions surrounding the possibility of someone getting sick."

Instructors began conducting yoga classes over Zoom so clients could participate live from their homes. Now that the weather has gotten warmer, the studio has moved about half of its classes to outdoor parks, and half of its classes are solely online. Even the outdoors classes, however, can be watched from a screen in the safety of one’s home. Clients who can’t participate live can purchase a class recording that they can use up to 72 hours later.

Hampton loves that old friends and students from across the country can now attend her classes. However, some in the East Idaho community have been slower to warm up to the new technology.

"There’s not always that level of adoption in our community,” Hampton said. "I think people still aren’t aware that they could use their smartphone or their computer to take the class from their porch or their backyard or a park."

East Idahoans might want to learn new ways soon. Many of the largest companies in the country are embracing the new virtual reality the pandemic has created.

According to a survey conducted by Erik Brynjolfsson, a professor in management science at the Massachusetts Institute of Technology, half of Americans employed before the pandemic are now working from home. Twitter executives announced that employees would have the option to work from home “forever,” even after COVID-19 subsides. Nationwide Insurance found that its employees were so productive working from home that it planned to shut down five brick-and-mortar buildings to allow employees at those locations to work from home permanently. Google and Facebook officials have said the majority of their employees will work from home until at least the end of 2020.

AndX Entertainment in Idaho Falls is an audio-visual production company that has completely changed its business model to meet the demands of the times. Prior to the pandemic, AndX mainly focused on serving as audio and visual for live staged corporate events and business meetings.

“Where we can’t do large meetings in person right now because of the virus, we’ve been able to shift that to more of a virtual, online presence,” said Jason Klingler, operation manager. "The keynote speaker will be in our studio and we will be able to film them. We broadcast it to groups from wherever their location is, whether they’re out of state, at their homes, in their office."

AndX has found that the coronavirus has opened new doors for the company.

“We’ve taken a lot of the uncertainty and chaos that’s been going on with corona to still be able to provide an option and make events still be able to happen,” Alan Johnson, technical director said. “It’s honestly been a really big bridge to help us get into newer markets because it’s forced a lot of groups to have different needs.”

Of course, there are downsides to meeting virtually rather than in person. Hampton noticed that many of her clients who now work from home are experiencing technology burnout.

“I think they are just reluctant to sign onto one more thing online because they just have had a little too much computer time throughout the day,” Hampton said.

“That sort of energy exchange is sometimes missing,” Hampton said. "Ninety percent of communication is non-verbal, so you do get a lot from being in-person."

However, Klingler said businesses are finding that saving time and money just might make that absence worth it.

“People have been finding they’re still able to have the same reach virtually without the travel requirements and time commitments out of the office,” he said. “It’s allowed businesses be able to reach a larger audience versus having the expenses of people coming in town to a certain location. They are able to cut costs on the business side of it.”

Johnson and Klingler believe now that businesses have gotten a taste for virtual meetings, the demand for it isn’t going to go away anytime soon.

“Even after the coronavirus is over, I think the demand for virtual options for those who can’t attend physically attend will still be there,” Johnson said.