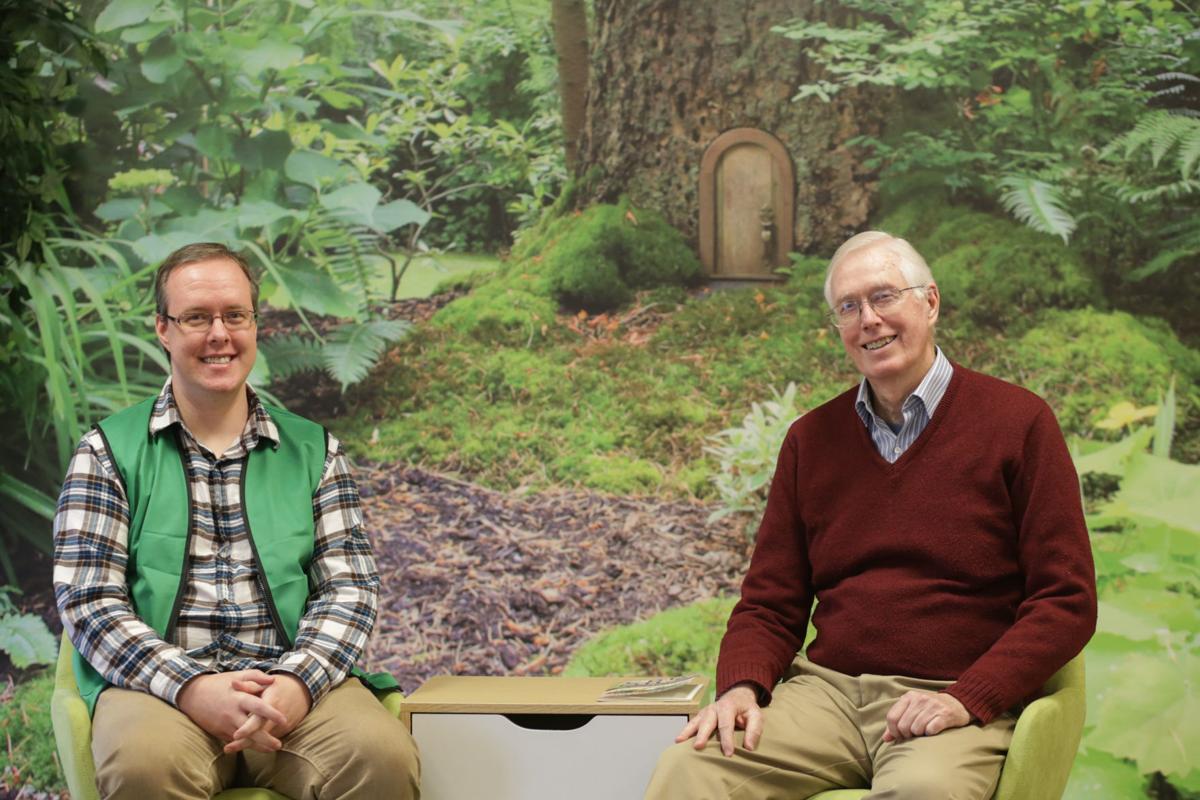 Tyler and Dee Martin pose for a photo at Eden Organics in Ammon on Dec. 18. "We did a lot of research and we decided (CBD) can really help people, but it's been difficult with licensing and finding a credit union that would finance us," Dee Martin said. 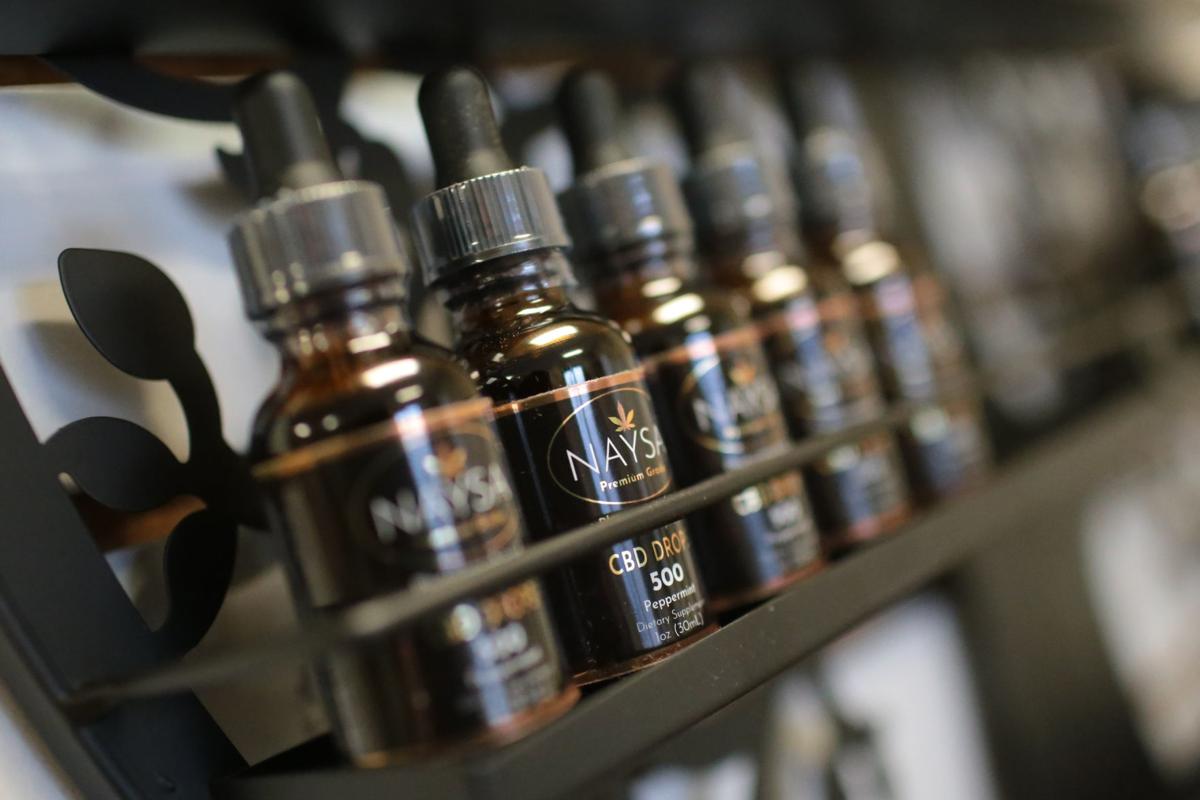 CBD tinctures are seen for sale at Eden Organics in Ammon on Dec. 18. 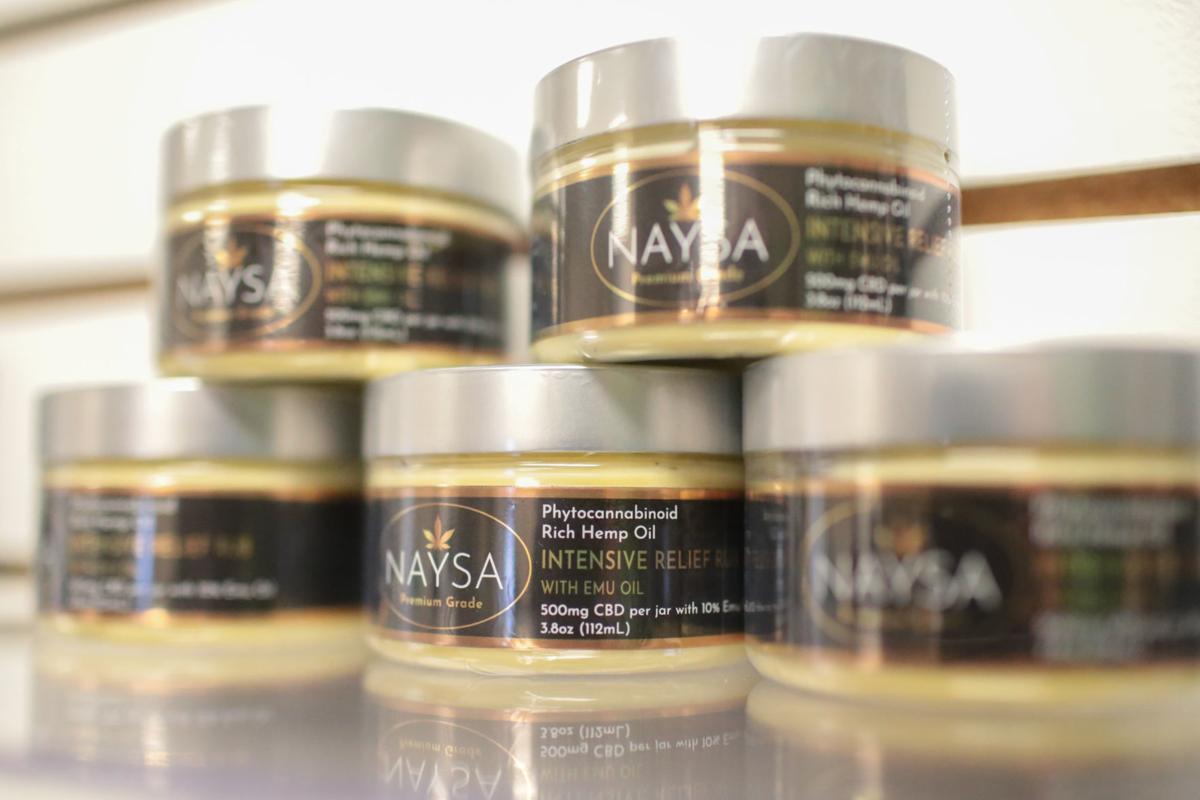 Emu oil infused with CBD oil is seen at Eden Organics in Ammon on Dec. 18.

Tyler and Dee Martin pose for a photo at Eden Organics in Ammon on Dec. 18. "We did a lot of research and we decided (CBD) can really help people, but it's been difficult with licensing and finding a credit union that would finance us," Dee Martin said.

CBD tinctures are seen for sale at Eden Organics in Ammon on Dec. 18.

Emu oil infused with CBD oil is seen at Eden Organics in Ammon on Dec. 18.

Despite anti-cannabis stances from a majority of Idaho lawmakers, local CBD store owners say their products are worth it.

It’s no surprise to see a rise in CBD stores. The hemp-derived CBD industry brought in approximately $591 million in sales in 2018. CBD sales were expected to increase by 700 percent over their 2018 total this year and are predicted to reach as much as $22 billion by 2022, according to the research firm Brightfield Group. Plus, Kim Kardashian threw a CBD-themed baby shower in April.

CBD is an extract from the cannabis plant. Part of its popularity is that, unlike its cannabis cousin tetrahydrocannabinol, or THC, CBD isn't psychoactive.

This allows users to get the purported health benefits of the plant, without the high. Whereas in most states CBD products can contain up to 0.3 percent of THC, by Idaho law, CBD products sold in Idaho must contain zero THC and be derived from five specifically approved parts of the cannabis plant.

And the Gem State's stance doesn’t appear to be changing any time soon. In April, legislative efforts to legalize industrial hemp in Idaho failed after hours of debate.

“There are a lot of misconceptions; a lot of people think it’s illegal. A lot of people still think it’s marijuana,” said Dee Martin, owner of Eden Organics on South Curlew Drive in Ammon. “And that’s understandable because even the Legislature has a hard time understanding the distinction."

Idaho Falls’ shoppers can find CBD in everything from chocolate, coffee, pet treats, face masks and emu oil. Yet all the CBD store owners in the Idaho Falls area say the tinctures of straight CBD oil remain their most popular product.

“They’re the most effective and the most bang for your buck,” Martin said.

In July, the Arthritis Foundation conducted a national survey about how people with arthritis feel about using CBD.

"Of the 2,600 people who responded to the survey, 79 percent are currently using CBD, have used it in the past or are considering using it as an alternative therapy to help manage their arthritis pain," a foundation news release said.

Store owners say the top reasons people take CBD is for anxiety, pain, insomnia, and depression. The legitimacy of these health benefit claims is up for debate, mostly due to a lack of studies.

In urging the U.S. Food and Drug Administration  to "expedite the study and regulation" of CBD products, Arthritis Foundation officials wrote that medical experts who worked in partnership with the foundation agreed that "CBD may help with arthritis-related symptoms, such as pain, insomnia and anxiety."

Cody Hellickson, owner of Snake River Solace on East Anderson Street in Idaho Falls, said he makes no claims that his products will work for everybody.

“No guarantees for anybody, at all, zero,” Hellickson said. “Some people just don’t get a benefit from it. But if you are receptive of CBD, it has the ability to do tons of stuff. It really does.”

Last year, the FDA approved its first CBD-derived drug, Epidiolex. It was approved after three randomized, double-blind and placebo-controlled clinical trials showed the drug helped reduce seizures in patients 2 years old or older. The Department of Veterans Affairs recently funded its first study on CBD as a possible aid in alleviating the effects of post-traumatic stress disorder.

“CBD has been kind of backward from how you normally see it. Usually you have big pharmacy companies do all the research then they advertise and sell it,” Martin said. “With CBD, people have been finding it on their own, using it, and just now it's starting to get researched."

Each CBD store in the area has its own distinctions.

The owners of Eden Organics seek to ensure customers feel comfortable and at ease in their store. The store is full of leafy plants and pale green chairs sit against an immense photo of a forest that covers one wall.

“We’ve made a lot of effort for everyone to feel welcome there,” Martin said.

Hellickson said Snake River Solace is the first company in East Idaho to make its own CBD products. Licensed by Eastern Idaho Public Health, Hellickson has his own facility in Idaho Falls where he makes his products.

“We just wanted to have Idaho included in this industry, versus people sourcing their products from out of state, taking away from the state’s economy,” he said.

Justin Long, the owner of Nugget CBD, which opened its doors at 625 Pancheri Drive in Idaho Falls on Dec. 8, believes the products on his shelves undergo more rigorous testing than any others in the area.

“We test at the same facility used by law-enforcement,” Long said. “We’re one of the only facilities in the country doing this.”

Martin and Hellickson both stated they use trusted third-party testers as well.

Whether it’s in consumers’ morning coffee or their pup’s daily treat, it looks like CBD is here to stay in Idaho.