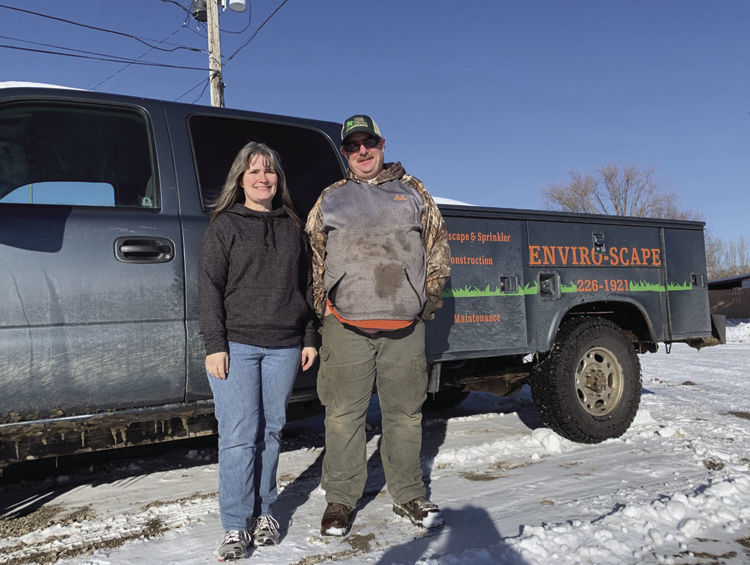 Deborah and Todd Rowbury stand in front of their Enviro-Scape truck. The American Falls residents run an elk farm and lawn care and landscaping business. 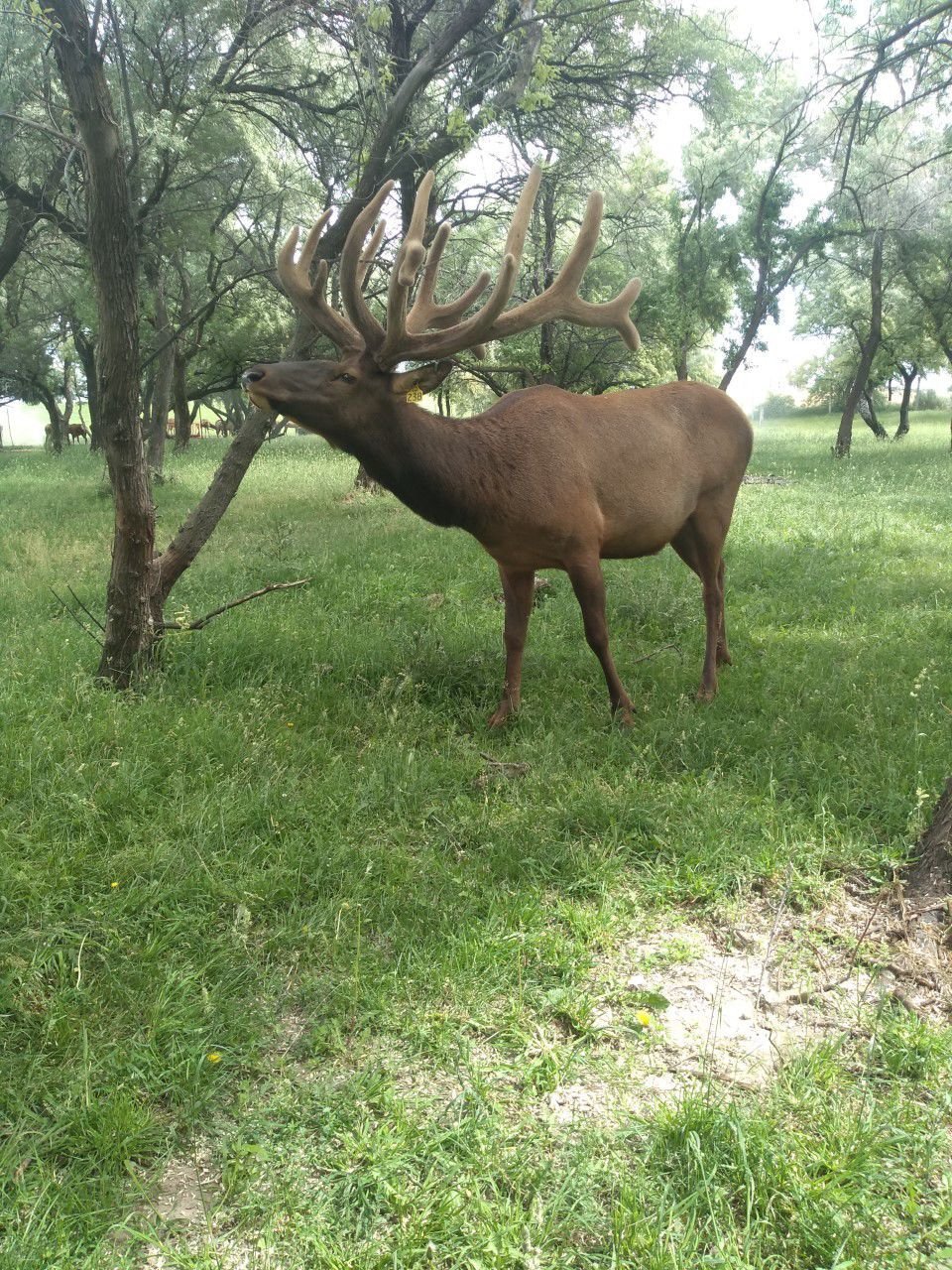 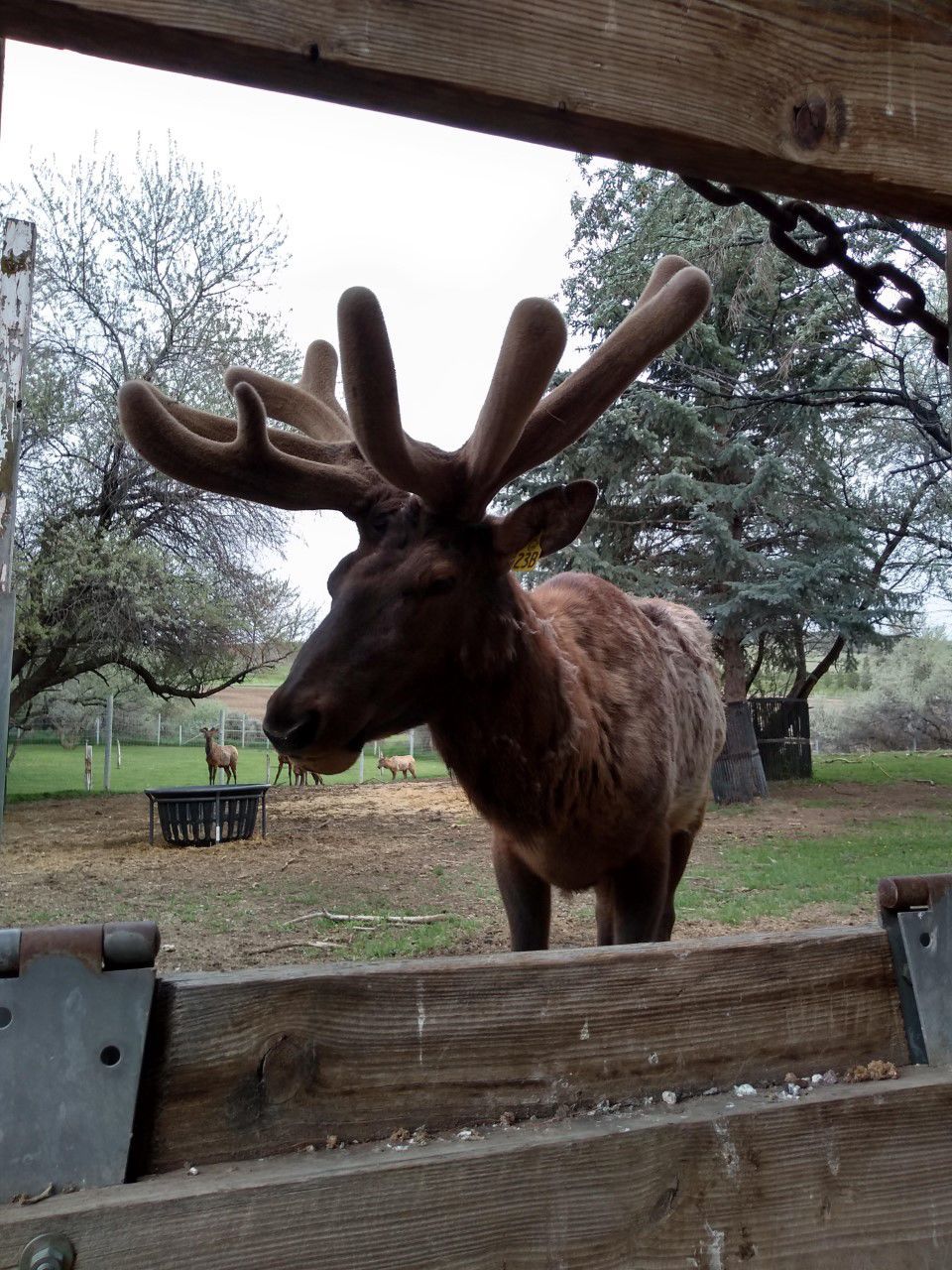 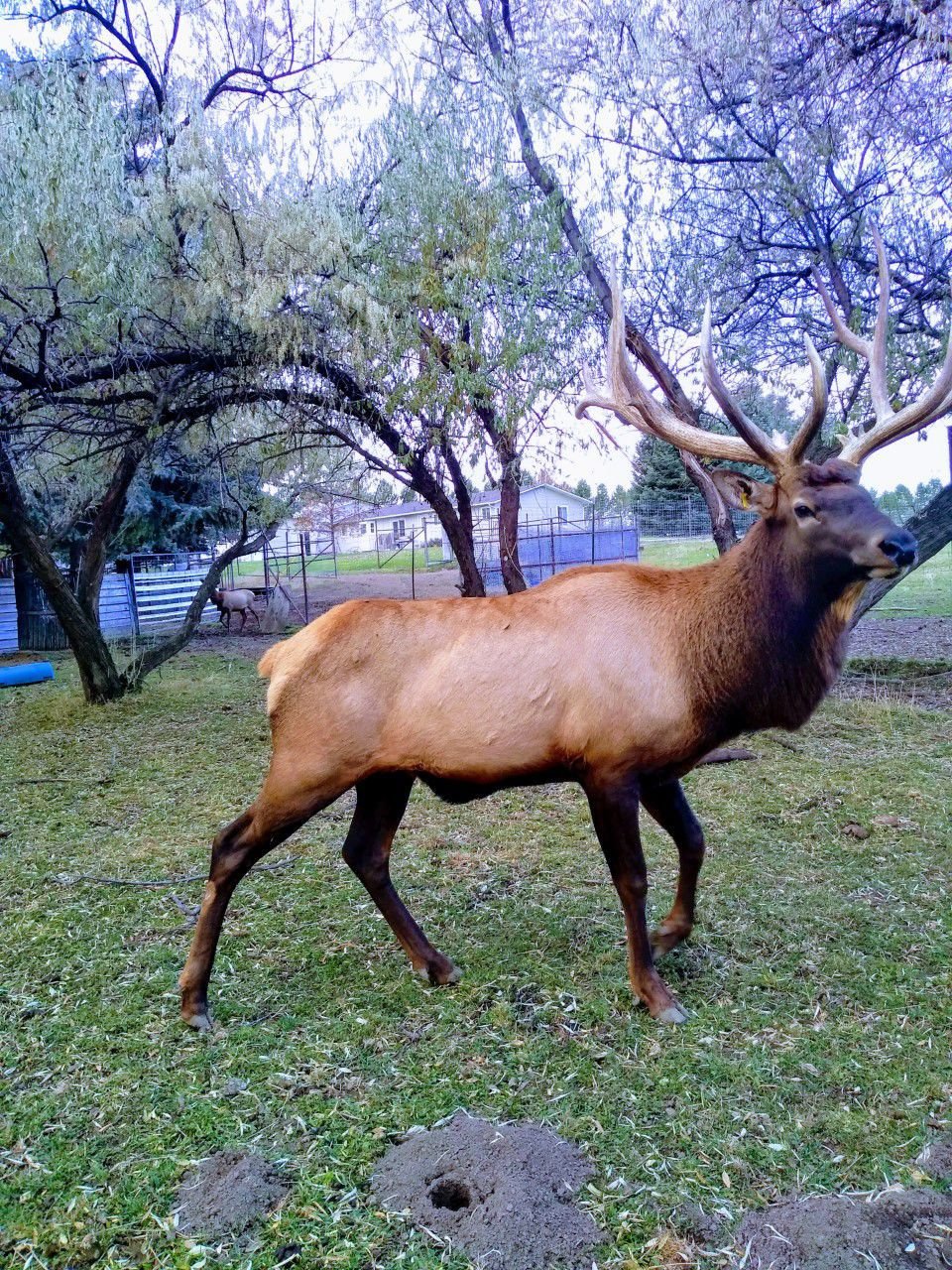 Deborah and Todd Rowbury stand in front of their Enviro-Scape truck. The American Falls residents run an elk farm and lawn care and landscaping business.

Motorists who drive along Lakeview Road near American Falls might take notice of the neighbors: residents of the antlered type.

Elk Hollow Ranch, owned by Todd and Deborah Rowbury, is an elk farm sprawled out beside residential homes with nearly 40 of these creatures wandering the pastures of the Rowburys’ 12-acre yard.

These animals are used for several purposes, which include the meat market, sport market, bull market and if anyone is interested in owning one. But they also provide a delightful sight as passersby drive along the road and catch a glance of the hooved residents.

While the elk have been around for the past few decades, the ranch has passed through several owners, the previous of whom was Todd’s father, Lyle D. But the last transition, which was about two years ago, wasn’t initially a smooth one.

“After dad passed away, I’d classify it as something like a train wreck,” Rowbury said. “We had animals that were going downhill on us, we were having to put them down and dispose of them. It took us about six or eight months until we learned it was copper deficiency.”

This deficiency was affecting the elks’ health and growth ability, and it took a while to combat this issue and combat it with the necessary vitamins and minerals, he said.

After the scare regarding the animals’ health, Rowbury said they have tried to provide them with a more natural diet, which includes soy-based pellets and no synthetics in order to give them the best nutrition they can.

The Rowburys also try to stick with services and goods from businesses around the area, as opposed to national companies.

“We buy the hay locally,” he said. “(The elk’s) pellets come from Cache Commodities out of Ogden. We do also buy things through Nelson’s Seed, and our veterinarian is Alan Woodworth at Rock Creek (Veterinary Services in American Falls). ... We try to deal locally as much as we can.”

Living and working with elk has proved to be an entertaining job, as the elk are often peaceful — if curious — neighbors.

“They’re a curious animal,” he said. “If you go out there to work them, they’ll run away from you, but if you walk away, then half the herd will follow you. … My wife was down in the bottom (pasture) trying to cut some thistles from last year and she left her jacket, and … she walked out and turned around and one of them was dancing around with her jacket in its mouth. They’re a real curious animal.”

Rowbury said that there isn’t too much work that goes into caring for the animals, as they can be left alone most of the time. This gives the elk plenty of time to wander their stomping grounds, camp out beneath the umbrella-like objects that provide shade and be an interesting sight for motorists as they pass by the pasture.

“It’s different,” he said. “Sometimes I think, man, it’d be a lot easier just to run cattle. But you know, elk are kind of fun. You leave them alone, work them when you have to work them, but other than that you don’t worry about them too much.”

This ability to have extra time serves the Rowburys well in the spring and summer months, as they also own a lawn and landscaping service called Enviro-Scape.

Started back in 1994 after Rowbury decided to start his own business, his skills as a lawn care specialist grew in demand as he provided maintenance, landscape construction, irrigation services and more.

One of his customers was The Church of Jesus Christ of Latter-Day Saints, and he maintained its business yards and doing up to 50 properties per week, and even helped with the lawns of the Magic Valley Mall in Twin Falls and the Twin Falls LDS Temple, he said.

Nowadays, he still does lawn maintenance, fertilizer and landscaping, but most of his work is in irrigation.

“I like playing in the water,” he said. “And playing in the dirt, I love moving dirt. I grew up running the excavator and I think that’s where the fun is.”

Yet while he finds the joy in the irrigation side of it, he also knows to make sure that the work done is efficient, measured, and precise, and he’s always on the lookout for employees who are willing to get their hands dirty and work hard.

“It’s what we’ve been doing and what we like to do,” he said.

Enviro-Scape covers areas such as Albion, Raft River, American Falls, Aberdeen, Rockland and, on occasion, Pocatello. Anyone interested in more information can call 208-254-7939.

Elk Hollow Ranch is currently in the process of creating a website, although anyone interested in popping in to see the elk or ask about services can either visit 2711 Lakeview Road or call 208-221-6107.