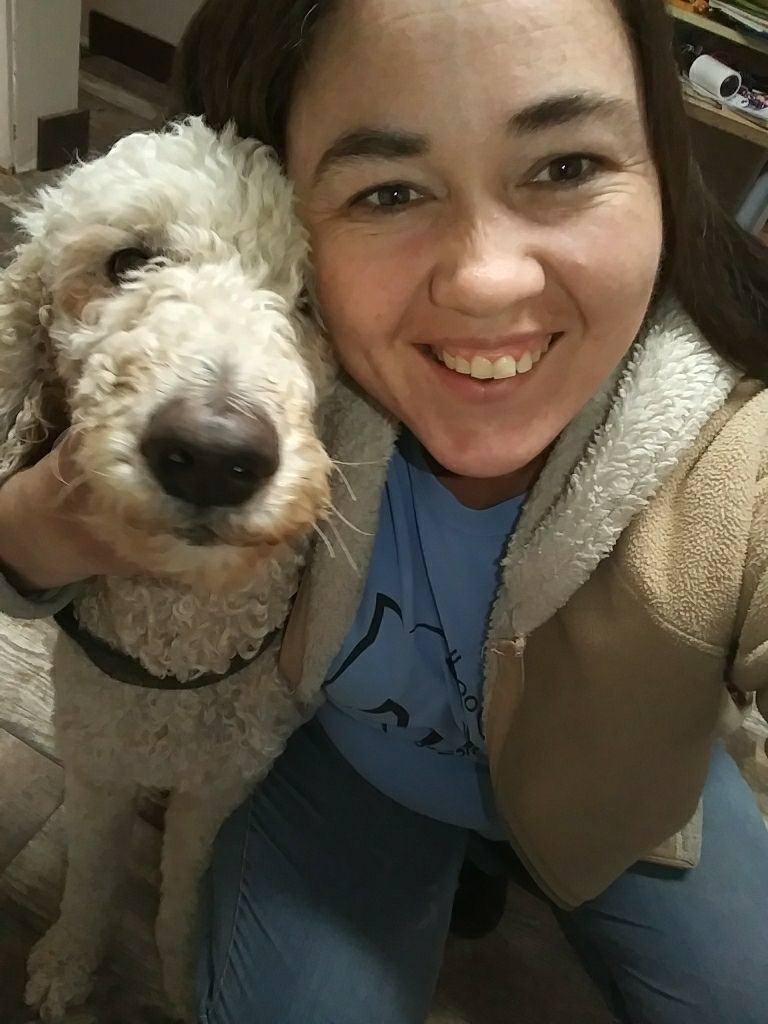 Nikki Jorgenson is pictured with one of her Labradoodles, which she breeds and sells as affordable medical alert dogs through her business, Snake River Doodles and Friends. 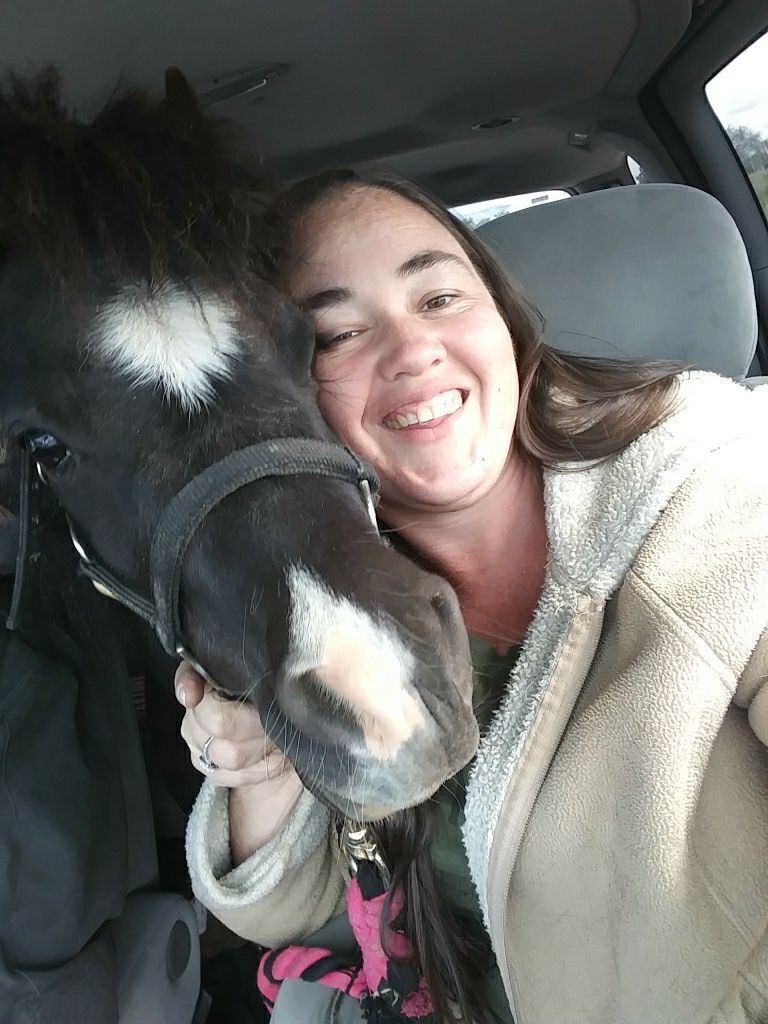 Nikki Jorgenson is pictured with a miniature horse that is part of her traveling petting zoo, Snake River Doodles and Friends. 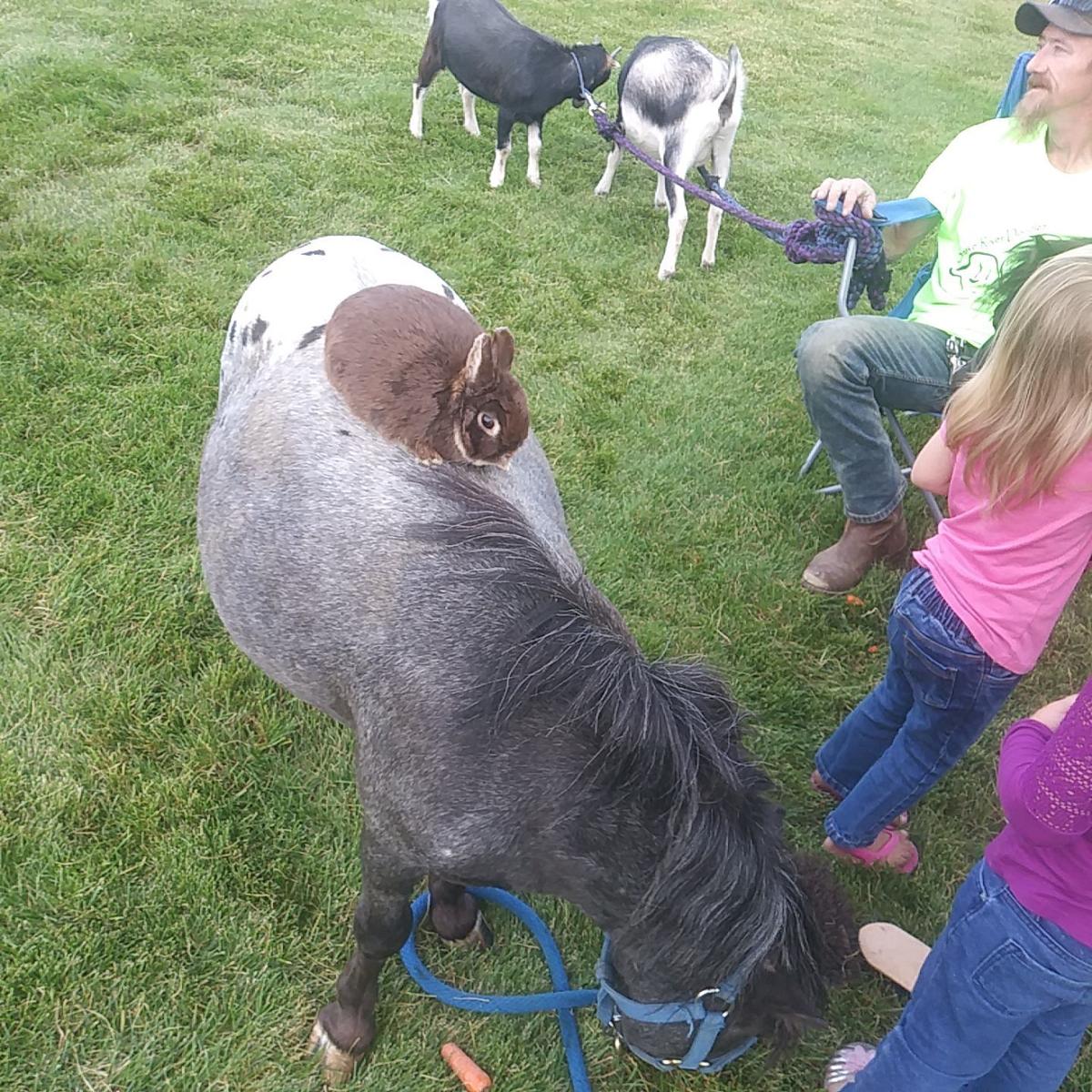 A bunny and a miniature horse are part of a local traveling petting zoo. 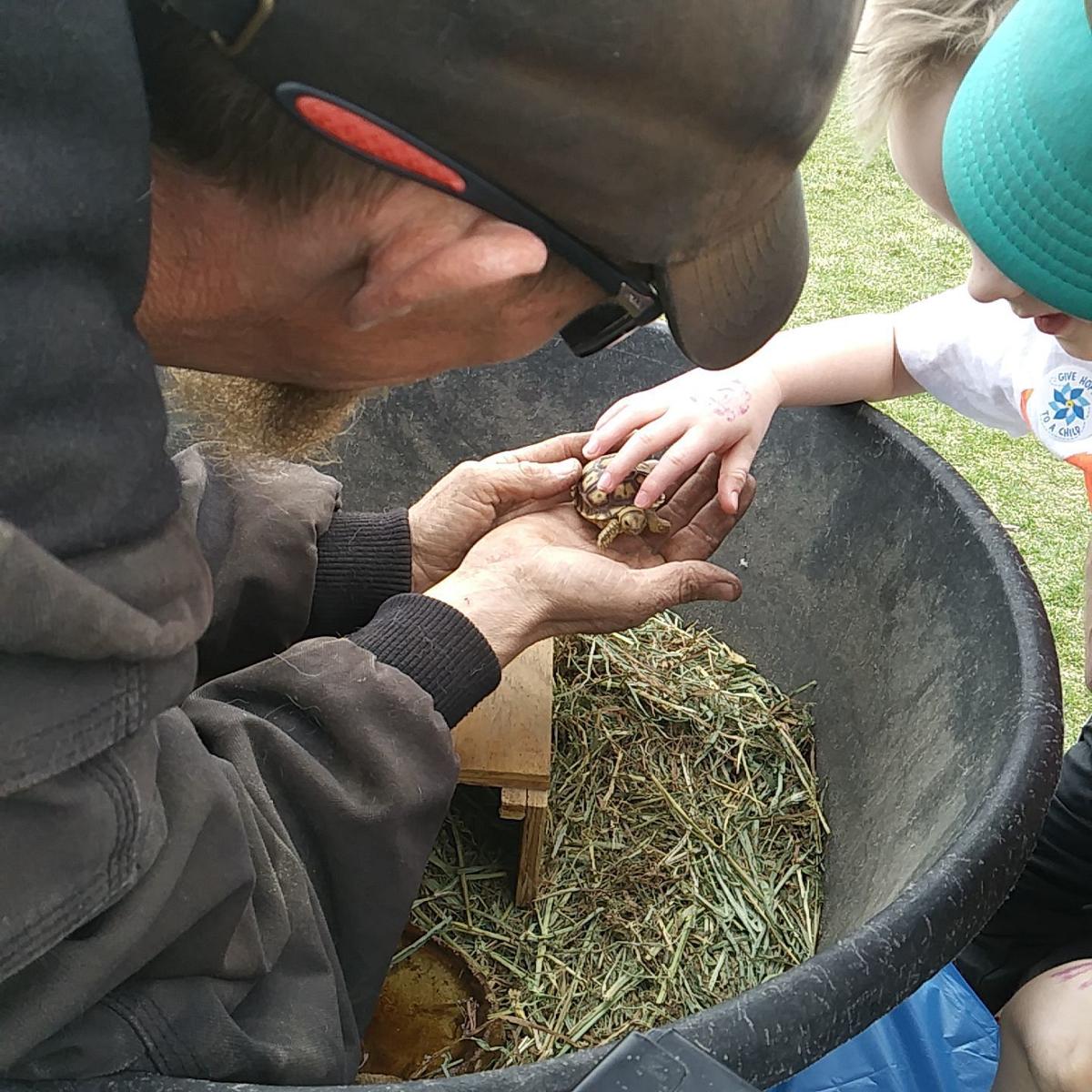 This tortoise is a part of a local traveling petting zoo.

Nikki Jorgenson is pictured with one of her Labradoodles, which she breeds and sells as affordable medical alert dogs through her business, Snake River Doodles and Friends.

Nikki Jorgenson is pictured with a miniature horse that is part of her traveling petting zoo, Snake River Doodles and Friends.

A bunny and a miniature horse are part of a local traveling petting zoo.

This tortoise is a part of a local traveling petting zoo.

POCATELLO — While driving down a freeway in 2002, Nikki Jorgenson noticed a hurt dog lying on the side of the road and stopped. That encounter would drastically change her life and become a catalyst for her future career. Jorgenson, owner of Snake River Doodles and Friends, now breeds medical alert and therapy dogs and brings joy to others with her petting zoo and animal message delivery business.

When Nikki was 4, she began having epileptic seizures. At the time she found the dog on the road, she was 22, married, had two children, and still suffered from seizures. Thinking how to best help the dog, she loaded it in the van and took it to the animal shelter. She was informed that the dog was to be put down.

“So of course, I took her home,” Jorgenson said. “That night, she stopped me from going up my three-story concrete staircase. I had a seizure about 10 minutes after. That’s when I realized she had the ability to sense when I was going to go into seizure. … Before that, I had no way to predict when it was coming on. It was a life-changer.”

In 2008, with the help of a trainer, Jorgenson began training a Labrador retriever that she already owned to also alert her to her oncoming seizures.

“The female Labrador was a little too calm to be able to alert me, so I ended up getting a standard poodle,” Jorgenson said. “My trainer told me that if I neutered the poodle, it would take down his abilities to detect my seizures and suggested I stud him. I looked up the mix between a Labrador and poodle and discovered that they make fantastic dogs. I decided to breed them so that I could help others get service dogs.”

Jorgenson said that obtaining medical alert dogs can be difficult for families who are already strapped with heavy medical bills. She said most dogs cost between $3,000 and $5,000, but they can reach as high as $45,000. With a lifespan of only 8 to 10 years for each dog, over a patient’s lifetime, this is a very costly treatment. That’s why Jorgenson keeps her costs as low as possible and only charges $800 per dog.

Jorgenson has now placed over 175 working service dogs across the U.S. and as far Panama and Canada. Locally, her dogs can be seen at such places as the Veteran’s Services Center at Idaho State University and the Pocatello Veteran’s Home.

In making her placements, Jorgenson learns her dogs’ temperaments and abilities and then carefully matches dogs to potential owners. In the 11 years she has been in business, only one dog has ever been returned.

Jorgenson said that alerting for seizures is something that cannot be taught to dogs and that scientists do not yet know how the dogs detect the disorder.

Jorgenson said, “My dog will greet every other person who comes to my house from the ground. But if there is another person with a seizure disorder, he will also greet them standing on their chest like he does me. He’s learned what the vibe of a seizure is from me.”

Jorgenson said that what trainers tell her is that seizure detection has a lot to do with bonding between dog and the owner. Bonding makes the dog more alert to see and sense little changes in their owner’s body that human eyes cannot detect.

Though seizure detection can’t be taught, dogs can be trained to do different actions when the seizures hit. For example, Jorgenson’s personal dog stands and puts its paws on her chest indicating that she should sit down; it can catch her head to soften collapses; it can find help by spinning twice in front of another person to get them to follow; and it can stand still to help her get up after an exhausting seizure.

But Jorgenson doesn’t just breed dogs anymore. She is developing a whole menagerie of trained animals that are used in other kinds of therapy and as a hirable traveling petting zoo. She has dogs, a miniature horse, rabbits, goats, ducks, bearded dragons, tortoises and even a pig.

Every Friday, at no cost, she takes some of her animals into medical centers, nursing centers and schools, which becomes mutually beneficial. She is able to see how the animals are around people before she places them and the animals also bring comfort and love to the people they visit.

“Sometimes people in homes will speak and say words like ‘horse’ or ‘dog,’ and the nurses get so excited because they say they haven’t heard them speak in months,” Jorgenson said. “Hospice patients, who love animals and horses and never imagine they will see a horse again, they just cry when we come in.”

Jorgenson’s dogs also aid those with autism. They can be trained to provide “deep pressure therapy,” which calms over-stimulation; prevents eloping, running away with no thought of consequences; and social bonding.

“A lot of times kids with autism have a hard time bonding with anyone besides maybe their mom,” Jorgenson said. “Having another place to emotionally bond is a big deal. … If they have a dog helping them at school, they can more easily interact when they tell kids about their dog. I’ve seen the dogs do a lot of good.”

“My husband has PTSD and a TBI and the Doberman we have is his dog,” Jorgenson said. “When the anxiety starts to build, she picks up on that immediately and she stands at him and she will not stop until he pays attention to her. He’s able to calm down just by playing with and petting the dog.”

Jorgenson trains only her own dogs, but has a network of trainers across the country that help with dogs she places. Currently, her waiting list is about six to nine months.

Jorgenson’s own home is also becoming a part of her business. She says that school children, young couples and families often come to their home and pay a small fee to pet the animals. Her hirable traveling petting zoo has traveled as far as Mountain Home and North Dakota.

Jorgenson’s pigs, goats, horses and other animals are also showing up in doctor’s offices, on doorsteps and even coffee shops around the area to deliver custom scroll messages.

Seeing the great need for children in the Pocatello/Chubbuck area to have something free and fun to make kids smile, Jorgenson organized and sponsored the first Pocatello Kids Day at Ross Park in July. She said over 3,500 people attended the event.

“We spread love,” Jorgenson said. “That’s what we love doing.”