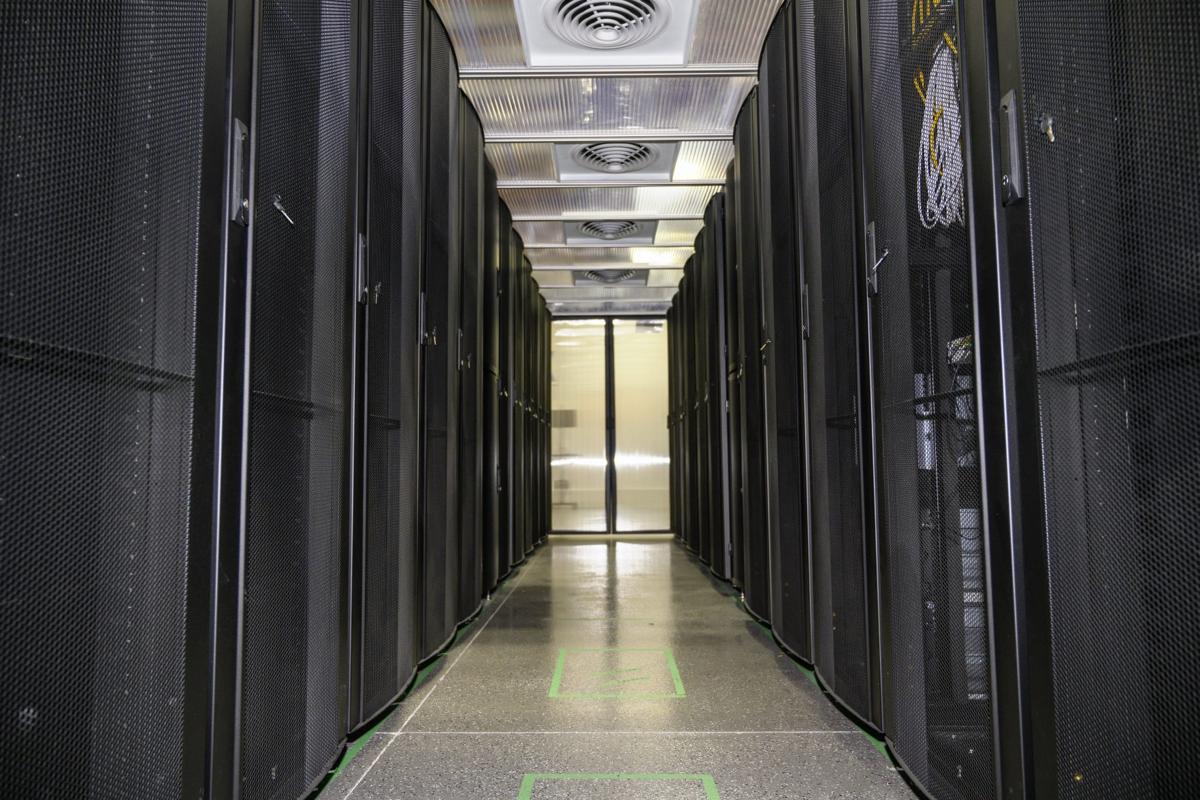 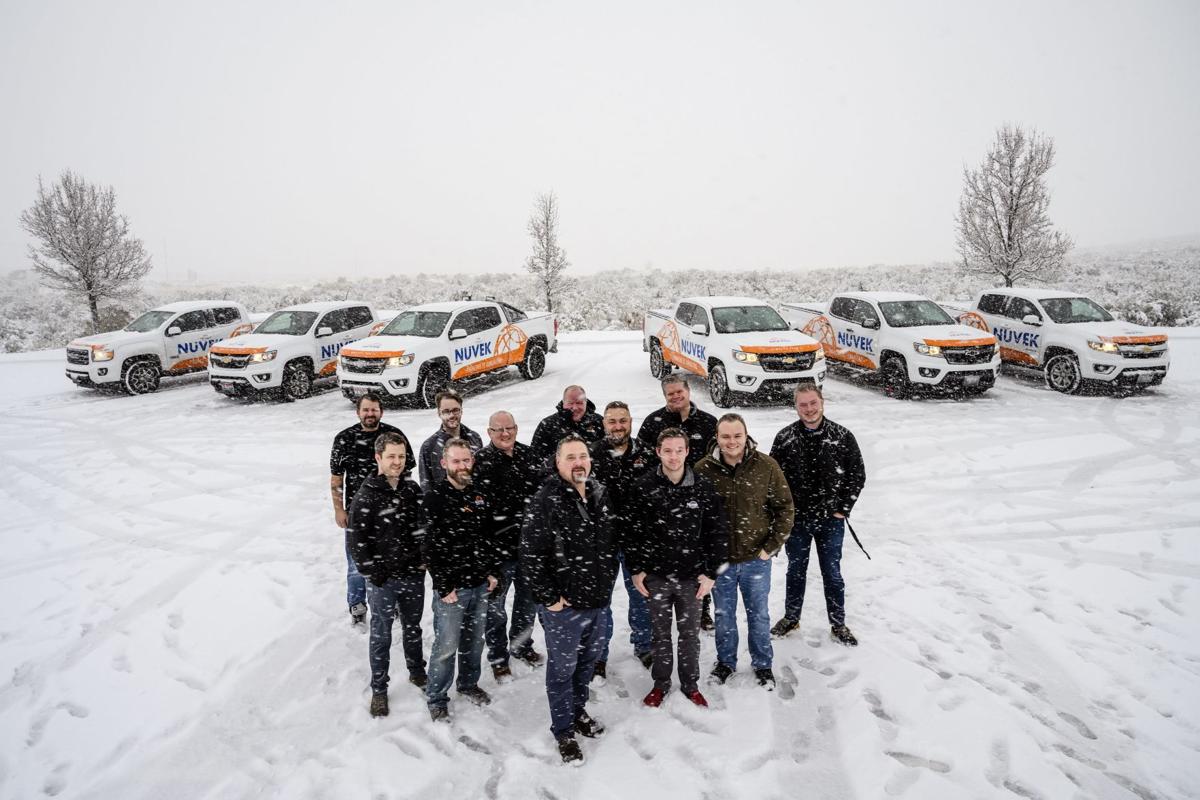 The Nuvek team heading up the new regional data center in Pocatello.

The Nuvek team heading up the new regional data center in Pocatello.

POCATELLO — Regional data centers are the wave of the future, and Pocatello is the first city in Southeast Idaho to have one. Mike Barnes, Arlo Luke and Kirk Magleby are co-owners of Nuvek — an IT support company that began in Pocatello in 2003. Nuvek initially built and opened the Pocatello regional data center in October 2019 to consolidate the company’s hardware into one convenient location, but it is offering co-location (IT system rental) opportunities to other businesses as well.

“The most valuable asset in most companies is their information: their billing systems, accounting packages, etc,” Barnes said. “All of that data is being moved to ‘the cloud.’ The cloud is the collection between similar physical data centers all over the United States and throughout the world that contain all that information.”

Barnes said that until fairly recently, all cloud data was stored in large data centers located only near large cities. Businesses, like Nuvek, have to “co-locate” or “rent” rack space in these data centers for their equipment. Nuvek owners would have to physically travel to these remote centers to fix problems with the hardware or “servers” that run their business programs. With the establishment of their regional data center, the servers are now much more accessible and problems are solved much sooner.

“Businesses could contract with any data center in the United States,” Barnes said, “but they don’t know where their data is being stored or who the guy is who is in charge of it. With Nuvek, they know it’s right here and they can call me. I live right here and I’m the guy that is going to help them if there is ever an issue. … We can even spin off a copy (of an entire computer system) on a hard drive and take it directly to their facility. That’s where the convenience and peace of mind comes in.”

Servers are basically high-powered computers that allow storage and retrieval of data from many remote systems. To give an idea of how much data can be stored in their small regional center, Barnes said that it will have 50 racks and each rack can hold about 20 servers. He said that servers today can store as much as 80-plus terabytes of data. Today’s high-end personal computers only store about one to two terabytes.

“One of the services that we offer to about 150 customers across the state of Idaho is electronic off-site backup services,” Barnes said. “… In fact, it’s not just a copy of the data, but backups of the whole functional server systems. So if they had a catastrophic loss such as at an accounting firm, we can restore ready-to-run copies of all their systems in a matter of hours instead of days or weeks.”

In order to qualify their data center as a “Tier-3” facility, the owners of Nuvek had to equip the building with redundancy for every aspect of its operation in order to help ensure that it stays up and running.

“There’s two identical systems that can cool the facility,” Barnes said, “… And as for power, we have a $100,000 battery in case of brown-out or spike conditions. When there is a complete loss, the battery takes over while the generator is coming online ready to take the loads. … We also have multiple fiber connections so somebody could be digging and cut one of our fiber lines and the facility will stay up and running because we have another one on opposite corners of the building. … There’s a whole lot of redundancy so that a website or application or backup will be online 24/7 no matter what.”

Barnes said that fiber connections are much faster than any of the other types that have previously been available in Pocatello, which is why Nuvek partnered with Direct Communications, the largest fiber optic internet provider available in Southeast Idaho. Fiber optic connections have higher bandwidth that allows more data to travel through at one time, which means faster downloads and higher-resolution video streams.

“They made a deal to use city conduits to run about 8 miles of new fiber in Pocatello in the last three years,” Barnes said. “They interconnected all of the city offices and the county offices on this fiber circuit. Their trucks have been all over running lines under the sidewalks. … Direct Communications has the most trunk lines (the main larger feed lines) in place to get to the most businesses in Pocatello right now.”

As a precaution, Barnes said that they still co-locate in Boise and other centers to back up all of their data to a second location.

To address the problem of hacking and data theft, the Pocatello center uses a program called Active X by Sophos, which Barnes says has one of the highest ratings in the industry right now. The program utilizes artificial intelligence to look for patterns and changes in the software to protect against malware, or the different types of threats such as viruses, spyware and others that aim to gain access to protected data.

“Any data center is under constant attack 24/7,” Barnes said. “It’s a daily battle on the internet. Most of it is coming from China, Russia and the Philippines. There are laws to prevent them from doing what they’re doing, but they aren’t enforceable. … The only defense is to have a very sophisticated firewall system that gets updated hourly.”

Besides being more convenient, one of the greatest advantages of regional data centers is that they reduce latency. Barnes said that latency, or the time it takes between requesting and receiving data, can be significantly reduced by housing the data as close as possible to the requester — which is why more and more regional data centers are being built. The further the data has to travel from the source, the more “router hops” the data must make from center to center until it reaches the requester, which increases the latency. A higher latency connection to the internet can literally mean death for an online gamer as high latency causes a serious disadvantage in a shoot-out.

As soon as they “prove” the Pocatello data center to be profitable, Barnes said they hope to build regional centers in Twin Falls and Boise.

Barnes said that some of Nuvek’s current clients, either using their IT services or co-locating, include: Bannock County, the city of Pocatello, the city of Blackfoot, local accountants, law firms, engineering firms. Because of the significant value of the data involved at the Nuvek Data Center, Barnes did not want to advertise the location.

“It’s a double-edged sword,” Barnes said. “We want people to know about our facility, but at the same time, we’re not putting any signs up.”

More information about Nuvek can be found at nuvek.com or by calling Mike Barnes directly at 208-313-5090.