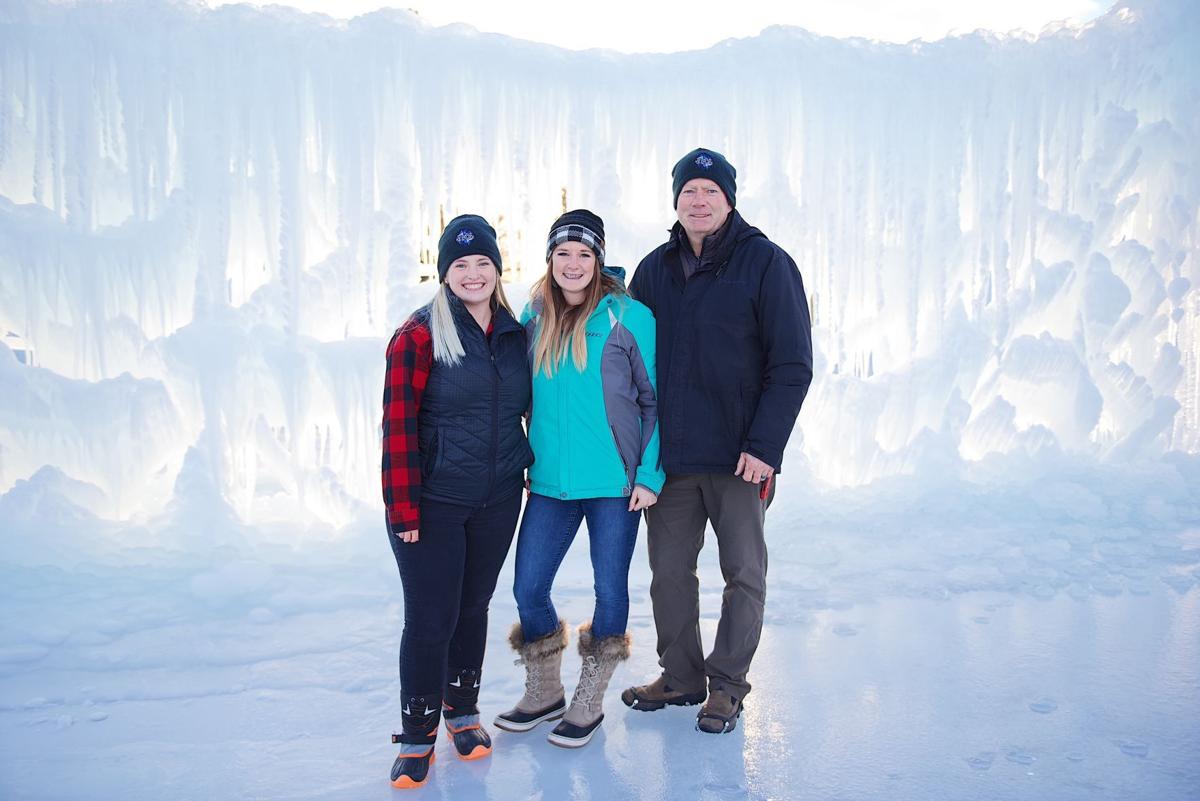 Manager Annika Frandsen, Director Kira Martin and Owner Jim Youngstrom stand on a coat of ice while giving a tour of what will become a winter palace. 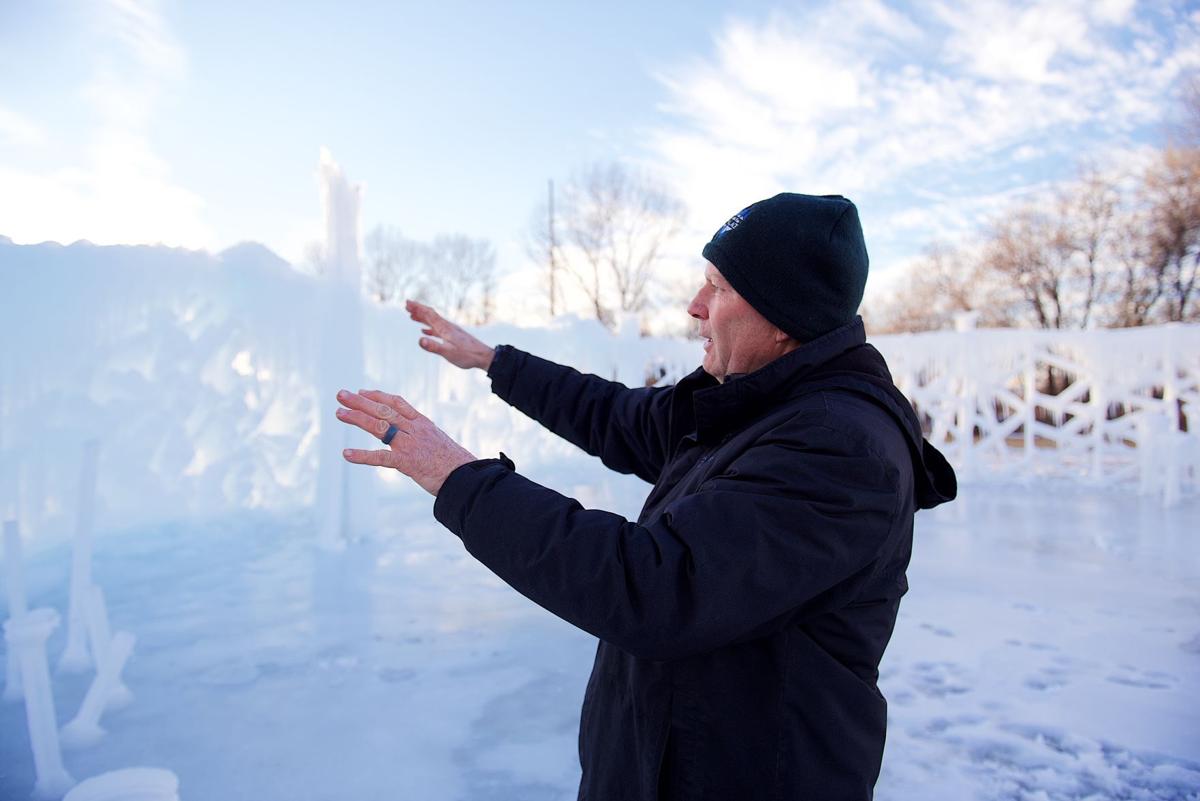 Jim Youngstrom gives a rundown of their patented process used in creating their ice palace.

Manager Annika Frandsen, Director Kira Martin and Owner Jim Youngstrom stand on a coat of ice while giving a tour of what will become a winter palace.

Jim Youngstrom gives a rundown of their patented process used in creating their ice palace.

RIGBY — What started as a fun idea between friends quickly morphed into a project with, at times, nearly 40 employees.

LaBelle Lake Ice Palace began its first season in the winter of 2017 with Jim Youngstrom and his family creating the ice palace attraction to get use out of their event venue in the winter months after a friend from Rexburg told him about ice structures he had seen while serving a mission in Finland.

“Since we have a wedding resort, it’s busy in the summertime, but in the winter it’s not so busy, so we were looking for something, like an attraction we could do in the winter,” said director Kira Martin, who is also Youngstrom’s daughter.

Youngstrom grew his family in the area, with all six of his children still living near and working at the ice palace each season.

“I grew up playing here,” Martin said. “This is like my backyard.”

As Youngstrom began to plan how they would be able to make the palace happen, Martin’s mind turned to the logistical aspect of creating a new attraction with things like advertising and drawing in a crowd, but she wasn’t concerned about the creation aspect. At least not when it came to her father.

“I knew that he could do it,” she said. “He’s got a very creative and inventive mind where if he puts his mind to something, he’ll make it happen. So I had no doubt that we could make an amazing ice palace.”

The LaBelle Lake Ice Palace provides a fire show, winter characters like a yeti and a horse-drawn sleigh ride with hopes that visitors can discover the magic of Idaho winters.

“The best part for me is the fun I have walking in behind people and just watching them have a good time,” Youngstrom said. “I love that. I just love the feeling of them wondering how it’s possible and thinking it’s magic.”

The LaBelle Lake Ice Palace opened mid-December and will remain open through mid- or late February, giving families enough time for more than one visit.

“As the season progresses, it gets bigger and bigger and bigger,” Martin said. “We don’t ever stop building so our opening is kind of like the bare minimum but still with all the attractions. In December, we do give a $5 bounceback pass so they can come again and experience the difference and the changes.”

For those who have visited the ice palace before, manager Annika Frandsen said it changes every year, so people shouldn’t be deterred from coming and experiencing it each year.

“We want to mix it up and make it fun for people,” Youngstrom chimed in. “It all changes. This year we’re working on a slide and having it disappear in the wall.”

Although the family has faced some setbacks and pushback, Martin and Frandsen still find the good in providing an ice palace in the area. For Frandsen, despite being from Texas and not particularly enjoying the cold before her move to Idaho, she loves seeing the excitement that comes from little kids sledding, seeing some of their favorite winter characters, enjoying the horses and seeing the magic.

"It really is a magical environment," Martin said. "And I agree with my dad: I like walking around and hearing people talk and be like, ‘Woah! How did they do this? This is so cool!’ and just seeing people appreciate all the hard work that has gone into it is really fulfilling.”