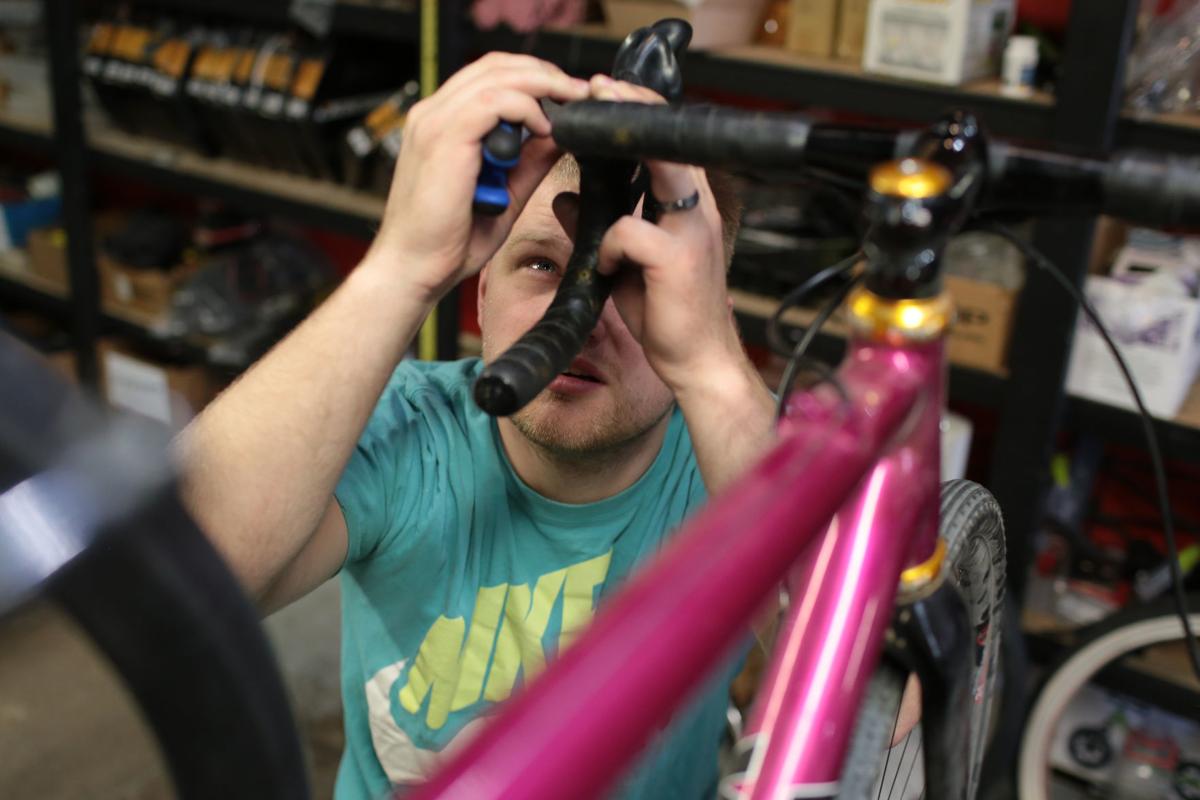 Caleb Wilding fixes a shifter at Dave’s Bike Shop in Idaho Falls on May 27. 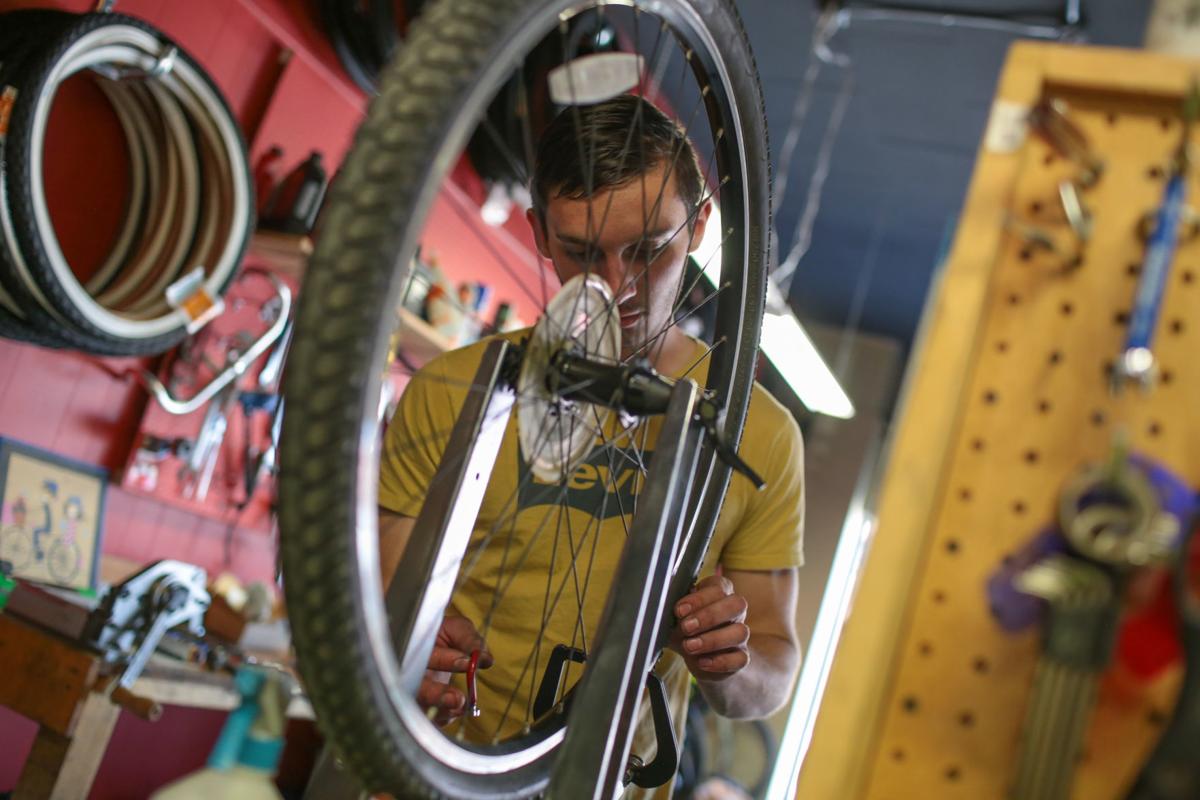 Wyatt Matheson trues a wheel at Dave’s Bike Shop in Idaho Falls on May 27.

Caleb Wilding fixes a shifter at Dave’s Bike Shop in Idaho Falls on May 27.

Wyatt Matheson trues a wheel at Dave’s Bike Shop in Idaho Falls on May 27.

When Takara Taylor took her son down to a local bike shop for a new bike, she was in for a surprise.

Her son Jacob, 12, had grown a foot taller in the last six months so it was time for a new set of wheels. At Bill’s Bike and Run in Idaho Falls, they didn’t have a bike to fit his 6-foot frame, and she was told it would have to be back-ordered. The wait would be weeks. Without having a bike his size, she didn’t know what to order and left empty-handed.

This wasn’t an isolated situation. It turns out, the well is running dry for bike shops across America, including the shops in East Idaho. Each spring, the demand for new bikes jumps, but this year with urban areas encouraging people to avoid public transportation, people are gobbling up bikes in record numbers. One Brooklyn, New York, bike shop reported a 600 percent sales increase over 2019, according to a New York Times report.

Just when people want bikes the most, a kink in the supply hose blamed on the COVID-19 outbreak has left shop owners with only what they have in their inventory. Manufacturers in Asia shut down production during the pandemic in January and February and didn’t ramp back up until April.

“Pretty much what product we have on hand is what we’ll have for the rest of the season,” said Andrew Warner of The Bike Shop in Idaho Falls. “They say like September (when new bikes will arrive). That is our bread-and-butter bikes like what we sell to most people. Our full-suspension, high-quality bikes, we can still get those.”

And it’s not just bikes, but all the accessories and necessities to keep your bike going.

“It’s everything. Bike racks, tubes, chains, wheels, tires, all of the basics we’re struggling to get,” said Dave Wilding at Dave’s Bike Shop in Idaho Falls.

The bike famine has also struck department store bike racks. When customers find that pickin’s are slim, they either wait, back-order or buy a nicer, more expensive bike.

“At the same time, we’re also selling some little nicer bikes that maybe people wouldn’t normally look at,” Wilding said. “A lot of people don’t realize ultimately they’re going to be money ahead in some of these nicer bikes. Not going to Walmart and spending $100. I know Walmart was out a long time ago. Ultimately, they’ll be happier. They’ll ride easier and last longer.”

Bike shop owners say most of their bread-and-butter bikes “in the $500 range” have already disappeared.

“We usually try to keep roughly 50 bikes on the floor, and I’m probably down to like 15,” said Sled Shed co-owner Joe Hill in Rexburg. “The majority of what I have left are more expensive. People come in and ask what’s your cheapest bike, and we have one in an XL for $600 and all the rest are like $1,000 and up.”

“I would say April through June are always our busiest months for selling and repairing, for the store in general,” he said. “In a way, the virus helped people to rediscover the bicycle and how awesome it is. But then this.”