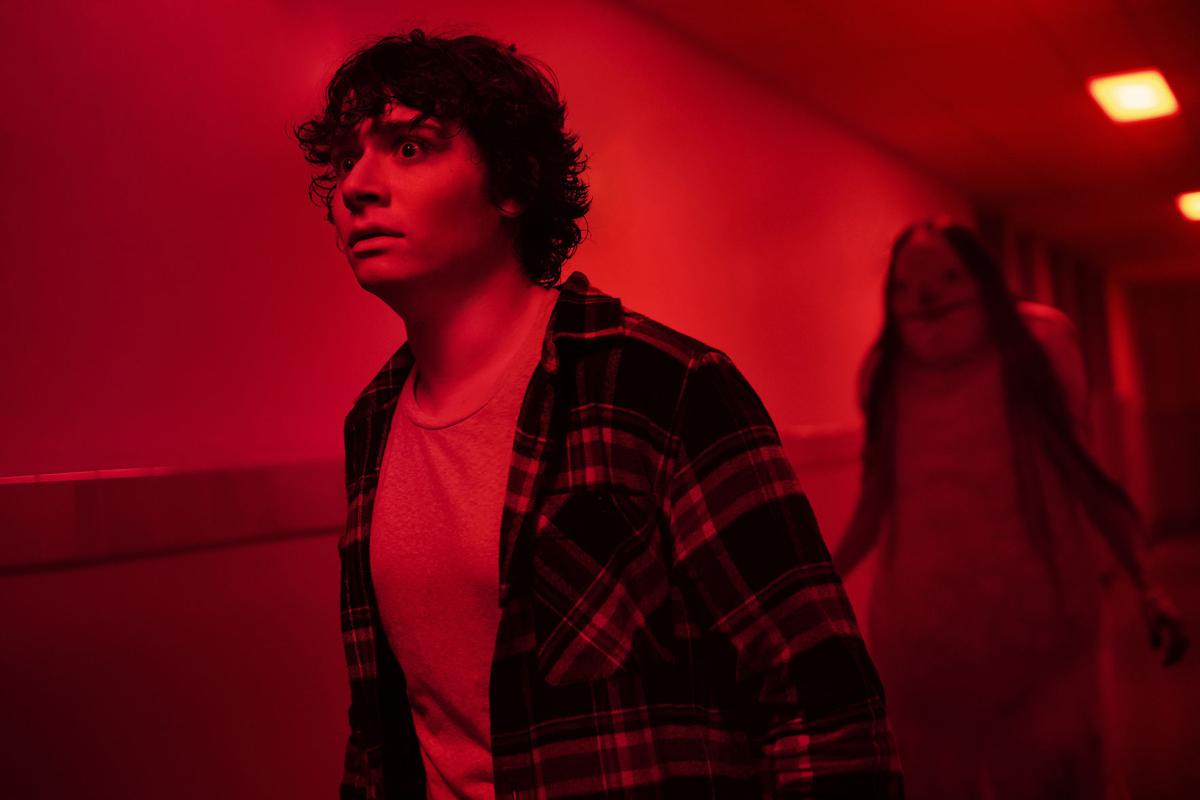 Austin Zajur as Chuck Steinberg appears in the film, “Scary Stories to Tell in the Dark.”

Austin Zajur as Chuck Steinberg appears in the film, “Scary Stories to Tell in the Dark.”

Based on Alvin Schwartz’ 1981 short story anthology book of the same name, “Scary Stories to Tell in the Dark” gives cinematic life to the stories and illustrations that have kept generations of children up at night. Directed by Andre Ovredal and written and produced by Academy-Award winner Guillermo Del Toro, the film’s somewhat milquetoast leading storyline is, thankfully, entirely overshadowed by the “scary story” sequences: genuinely terrifying scenes with some excellently horrifying monsters. An R-rated concept that has been watered down just barely enough to get a PG-13 rating, its gruesome effects are effective, but never gratuitous, making it the perfect film for young horror fans in the making.

Strange things are afoot in the sleepy town of Mill Valley. It’s Halloween 1968, and Stella and her two friends, Auggie and Chuck, plan to make it one to remember. After crossing paths with brooding stranger Ramon, the four of them decide to explore the Bellows mansion, a tall, decrepit building that has been the source of many local legends. Once built and lived in by the most influential family in Mill Valley, it also housed the tragic secret of Sarah Bellows, who was kept hidden in the house for a mysterious reason. Using the misery of her life as inspiration for a series of scary stories, Sarah Bellows’ book is discovered by the group of unsuspecting teenagers. Taking the book back to read the terrifying stories, the group quickly discovers that there is more to the book than meets the eye. As strange events start happening, Stella and her friends must try to figure out a way to stop Sarah Bellows before it is too late.

Sure to open the dark horror gateway for the younger soon-to-be enthusiasts of the genre, the film’s largest insecurity is trying to keep a strong storyline outside of all of the scary stories. Though the focus is obviously meant to be on Sarah Bellows’ stories, the parts in between are nowhere near as interesting, seeming more like last-minute filler to get the movie from point A to point B. The beauty of Schwartz’ short stories was how they managed to generate such horror from simplicity: a ribbon on a girl’s neck, a scarecrow, a large pimple or a pair of headlights in the rear-view mirror. “Scary Stories to Tell in the Dark” shies away from the anthology set-up with a screenplay guided by the modern notion that “everything needs to be connected,” a trend that has proved to be the Achilles heel of many an otherwise great movie, this included.

As a result, the film’s need to bind all of the stories into one overarching narrative weakens the otherwise fantastic monster sequences.

Far from perfect, “Scary Stories” is nonetheless an impressive feat. Sure to entertain audiences of all ages, it’s a clever throwback to the scary films of days gone by, much more spooky than it is grisly. Balancing laughs and scares without feeling contrived, it’s sure to be a great slumber party selection for years to come.

Rose Dunton, originally of Nampa, has been living in Pocatello for the past four years. Proficient in Japanese, she is an avid film buff.